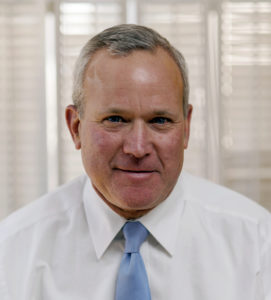 Many Nyack residents may have recently gotten a smear mailing from the NYS Republican Party (sidebar: why is a statewide Republican organization getting involved in Orangetown elections anyway?). Or you may have received a fake poll call filled with distortions about my record as Orangetown Supervisor from 1996-2009. These baseless attacks–which mirror those condemned as “despicable” by the Our Town newspaper 2 years ago–are a sign that the people backing my opponent’s campaign are getting desperate. And disappointingly, the Republican/Conservative candidate for Supervisor, Teresa Kenny, refuses to stand up to condemn the dirty politics being used to get her elected.

To set the record straight, I want to share the following facts:

The Republican smear campaign says I hiked taxes in Orangetown.

The reality is that while I was Supervisor, Orangetown’s property tax growth was the lowest of any town in Rockland, even as we shouldered the burden of paying for the Magee judgment that I inherited from the prior administration. We raised our bond rating, and the town won multiple awards for excellence in financial reporting from the NYS Comptroller’s Office.

The Republican smear campaign says I raised my own salary irresponsibly while I was Supervisor.

The reality is that when I took office, the Supervisor’s salary was just $60,000. A bipartisan commission eventually recommended a phased in raise, and over the 14 years I served, the Supervisor’s salary went up about $45,000. However, Chris Day’s proposed budget would raise the Supervisor’s salary by $40,500 next year–in other words, nearly as big a raise in one year as that recommended over the entire 14 years that I served. And my opponent says she supports a big raise to the salary. At the same time, he wants to give a big raise to the Town Supervisor, Chris Day’s proposed budget would also hike all of our taxes 4%, close Broadacres Golf Course, and cut a desperately needed code enforcement position from the building department. The misleading attacks on my record are simply an attempt to distract attention from this indefensible budget plan.

The reality is that the only housing I ever supported at RPC was a proposal for upscale housing for seniors which had the unanimous support of the Republican-controlled Town Board, and was completely uncontroversial at the time.

The reality is that the “workforce housing” plan I supported did not authorize any new housing units anywhere in town (or permit any changes in housing density requirements). Besides that, it was targeted at people earning around $80,000 a year, which was hardly “low income.”

The reality is that irresponsible development policies and high birth rates in the ultra-Orthodox community are responsible for high population growth in Ramapo (which, by the way, has nothing to do with the Western Ramapo sewer extension which provided service to the low density villages of Hillburn and Sloatsburg). Trying to blame the former Supervisor of Orangetown for the problems in Ramapo just reveals that the Republican Party will say anything to win an election.

Sparkill resident Thom Kleiner is the Democratic and Green Party candidate for Orangetown Supervisor. To learn more, visit his website.