We are living in a divisive political environment that is pushing us to believe that we are somehow different from each other. We need to reject that notion and to focus on the common values we share which will benefit our communities. Two neighborhoods in Orangetown might seem to define how different we are from each other. But to me, their similarities underline how much we share. 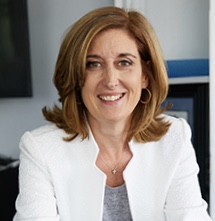 In considering this issue, I decided to focus on the Village of Nyack and the hamlet of Pearl River. I began following Nyack Facebook pages, spoke with residents, and checked out the official Nyack website.

Even though I live in Pearl River, I am frequently in and around the Hudson River villages. My candidacy for Supervisor might be my first “run” for public office, however, I’ve been running in Orangetown for years, including regular early morning jogs that include Broadway, Piermont Avenue, or the Raymond G. Esposito Trail. I also shop and dine at the restaurants in Nyack and Piermont.

To learn more about issues which define out hamlets and villages, I followed a lively discussion on Facebook about whether to bring a ferry back to Nyack. Nyack residents raised concerns about traffic and parking. Clearly there were varied opinions about what would be best for the village and its residents. It was remarkable how similar this thread was to the discussion in Pearl River about Transit Oriented Development (TOD) plan around the train station. TOD seeks to use this transit hub as a catalyst for future re-development in downtown Pearl River. Like Nyack, traffic and parking concerns are being raised by Pearl River residents. While the issues are different, the desire to preserve the character of each community is the same.

While knocking on doors in Nyack, I spoke with residents who expressed concern about the amount of development going on in the village. These conversations parallel an ongoing debate throughout Orangetown and across the county. It is a concern we all share.

Finally, my search brought me to Nyack Mayor Don Hammond’s “Nyack Promise” on the village’s website. It includes a vision for a vibrant downtown supported by five key pillars: 1) viable and affordable housing that is diverse and attainable, 2) exceptional educational opportunities for all residents, 3) honoring artists, musicians and writers, and recognizing their essential role to growing tourism, 4) enhancing tourism by connecting the waterfront with the downtown, and 5) preserving the environment and protecting natural resources.

Nyack’s Promise isn’t so different from what community leaders in Pearl River seek for their hamlet. We may live in different neighborhoods, but we share many of the same values and goals.

While there are obvious differences, such as Nyack abutting the Hudson River and Pearl River having a train station, I believe that the residents of Pearl River and most of Orangetown would agree with these goals. While residents may value them differently or have a different appreciation for what each one of them means, ultimately we all want what is best for our community. Nyack is proud of the Edward Hopper House and the Elmwood Playhouse, just as much as Pearl River is proud of the Rockland Music Conservatory and its schools of Irish music and dance. We are all proud of the cultural contributions that all of our artists and musicians make to our communities.

Early in my campaign for Orangetown Town Supervisor at an event in Nyack, a retired judge told me “not to waste your time here.” A few weeks later, I heard a similar comment from another judge in Piermont. I knew that both of these men had run for public office and were speaking from their past experience yet. I reject this thinking: I don’t want to believe in an “us” versus “them” attitude when it comes to the residents of Orangetown.

We need to reject that notion and to focus on how we all want what is best for our communities. As Town Supervisor, I will work to bridge divides amongst our residents and to work with village leaders to ensure that the town government is always responsive to the needs of our entire community. Working together will make us a unified community, which will only make us stronger to deal with the very real challenges that we are facing as a town and county. We all need to remember that We are One Town.

Teresa Kenny is a candidate for Orangetown Supervisor.