by Paul Diamond
Pen in hand, he crept his arm up just enough to give pause–but not enough for his vote to be counted. Moments later, he ended up on the other side of the vote, resulting in a deadlock.
Clarkstown Planning Board member Douglas Katz’s indecisiveness was painful to the audience in front of him. They were waiting for a decision on whether or not the board would require Suez to conduct an environmental study to measure possible adverse effects of the Suez Headquarter’s construction project on Old Mill Rd, in West Nyack, according to New York’s State Environmental Quality Review Act (SEQR).
This one moment defined what has been a long and arduous process of trying to bring together  community, government, and industry to come to a decision on Suez’ plan to place its headquarters off the banks of the Lake DeForest Reservoir. 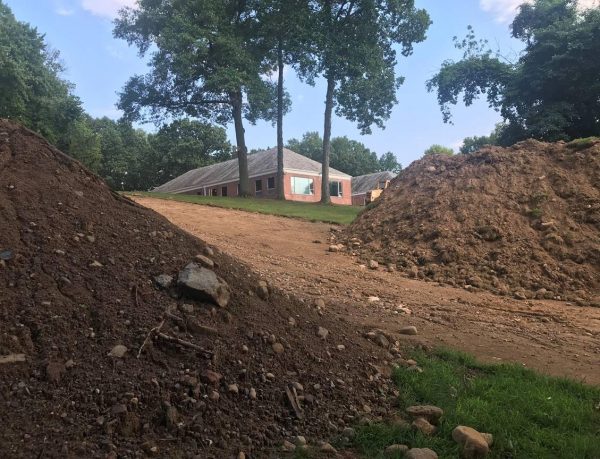 Community members continued to voice their concerns for the safety of Rockland’s drinking water, and they questioned the construction currently underway on the site that has already removed more than 100 feet of trees and part of the buffer that protects the reservoir from run-off. They offered expert suggestions on how to mitigate the environmental hazards the project may present. And they questioned the board on its environmental diligence.
The big question continues to be why the planning board has not required an environmental review under SEQRA. But no one seems to know the answer. When Suez originally filed for approval (with two gas tanks in the proposal), they maintained there were no environmental concerns. But since the start, residents have felt differently. And they still believe the plan deserves a SEQRA review. Suez disagrees.
The town’s experts, including head of Clarkstown’s Engineering Department Dennis Letson, have advised the planning board that an environmental review is not necessary. Letson granted Suez the permit to add new sewers onto the property before this project is even approved, which has resulted in deforestation.
And while the vice chairman and two other members, including Katz, decided to vote based on the town’s expert advice, three other board members were not convinced to dismiss the idea of further environmental review. 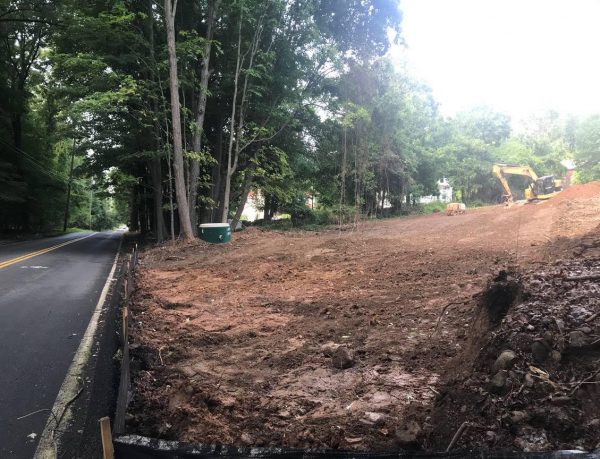 So what’s next for the proposed project plan? Another public hearing in front of the Clarkstown Planning Board at a date still to be determined. And in the meantime, bulldozers and backhoes continue to move up and down the property on Old Mill Road, with work men in orange vests on the ground directing their efforts. It’s all very visible now, with the big gaping hole in the once wooded, historically preserved landscape.
And as the endangered bald eagle flies from its nest and lands on the construction equipment on site, one has to wonder: where was the Department of Environmental Conservation, the Clarkstown Town Board, and the Architectural Historical Review Board? How did all this happen on their watch while the planning board struggles with this issue in their chambers?

Paul Diamond is a 30-year resident of Rockland County, a former history and economics educator in the Clarkstown Central School District and a community advocate.