Earth Matters focuses on conservation, sustainability, recycling and healthy living. This weekly series is brought to you by Maria Luisa Boutique and Strawtown Studio.
If Earth Matters to you, sign up for our mailing list and get the next installment delivered bright to your inbox.
by Susan Hellauer

A flurry of headlines last week announced that this past July was the hottest July on record worldwide, supporting recent news stories about a deadly European heat wave, rapidly melting Greenland ice, and record high temperatures in the North American arctic. The fierce heat and its consequences took a significant toll on people, animals, ice, and food crops.

So was this sultry July just a blip, or something more? How does it fit into the bigger picture of human-made global warming? And what can we expect if we keep on keepin’ on with our gluttonous fossil-fuel consumption?

Since when have global temperatures been reliably collected and recorded?

The recent “hottest July” declaration is from the European Copernicus Climate Change Service. Is their determination likely to be confirmed later by other agencies? Are there other international agencies that tracks global temperatures?


Copernicus is without a doubt a reliable source. It is funded by the European Commission and the European Center for Medium Range Forecast (ECMWF). The World Meteorological Organisation (WMO)–a UN Body–is also an international source tracking global temperatures.

The U.S. National Oceanographic and Atmospheric Administration (NOAA) reports that July was Alaska’s hottest month ever recorded. Is there something notable about the global pattern of high temperatures for this past July?

Temperatures were above normal almost everywhere on the globe. High altitudes have been warming faster than others, a trend that amplifies Greenland’s melting, for example.

Deniers of anthropogenic climate change insist that variations in temperature—modest or extreme variations—are part of earth’s normal pattern, caused by changes in the tilt of the earth’s axis, or the sun getting hotter, or other atmospheric or geological circumstances. How can we be sure that one of these causes is not affecting the recent trend toward higher temperatures?

There are a number of claims and ideas on how to explain the anomalous things that we observe (record temperatures at an unprecedented rate, melting glaciers, rising sea level, etc). Evidence is an important concept in science, as it is the only way to decide between ideas and facts. The effects on global mean temperature of solar activity, or earth’s tilt and distance, are well understood, but fail to explain the increase in temperatures observed over the past century. The rise in global temperatures can only be understood when taking into account anthropogenic greenhouse gas emissions. 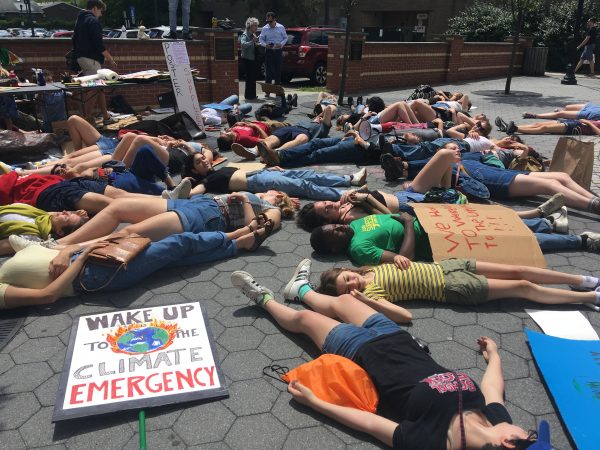 The previous hottest July recorded was in 2016, which was an “El Niño” year. Does this high not coming in an El Niño year mean it’s something more meaningful than just a blip?

El Niño years are usually warmer globally. The fact that 2019 is a non-/weak El Niño year makes the temperature records even more notable.

Greenland and other arctic sea ice and glacial melts this July were apparently substantial. But couldn’t a couple of cold winters repair the effect of this melt?

Those who warn us about galloping anthropogenic climate change point to the precipitous rise in global temperatures since the beginning of the Industrial Revolution (about 150-200 years). How do scientists measure global temperatures from before the first reliable thermometer (around 1700)? How do they confirm that this sort of 150 year rise is not a common occurrence?

Temperatures from past millennia can be deduced from so-called proxies—things that are preserved through the centuries that tell us about past weather conditions. For instance, the composition of air bubbles enclosed in very old ice found, for example, in the depth of the Antarctic ice shield gives us an idea about temperatures reaching back as far as 800,000 years. The relationship between CO2 concentration and global temperature is robust and well understood. The last time CO2 concentration as high as the current one was in the Pliocene (5.33 – 2.88 Million years ago). Back then, the sea level was 15 – 25 m (49 – 82 feet) higher. 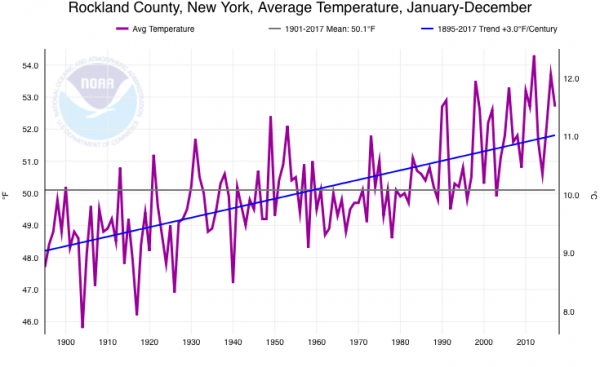 Are some of the effects of the warming that has already taken place helping to accelerate the process? I’m thinking of massive wildfires that release lots of carbon into the atmosphere.

Indeed there is a danger of self-accelerating effects. Another dangerous one is the methane–a potent greenhouse gas–release from melting permafrost.

Will there be a sign of some kind that the greenhouse effect has passed a tipping point, and life-threatening changes to the atmosphere or oceans are close at hand and that it’s too late for humans to put the brakes on by switching quickly from fossil fuels to renewable energy?

Asking if it’s “too late” is not a helpful narrative. We see life threatening changes occurring already. Heatwaves such as those observed in Europe in recent months are among the most deadly climate phenomena, specifically for the young and elderly. Those heatwaves have already become more frequent and intense.

The carbon that is in the atmosphere stays there for a long time. But it is never too late for a right decision. 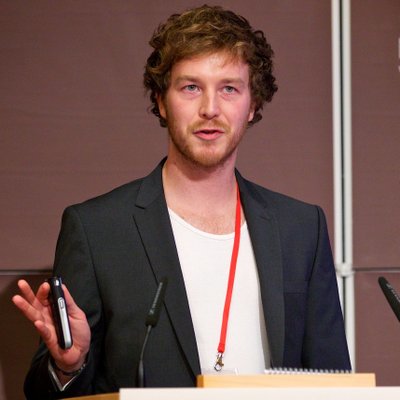 Kai Kornhuber received his Ph.D. in Climate Physics from the Potsdam Institute for Climate Impact Research (PIK) and the University of Potsdam, Germany. His research is dedicated to internal mechanisms of the large-scale atmospheric circulation and their relation to extreme weather in the mid-latitudes. Before joining Columbia University, Kai worked as a Postdoc at the Atmospheric Oceanic and Planetary Physics Department at the University of Oxford, as a Climate Scientist in the Science Team of Climate Analytics, and was a guest researcher at the Climate & Energy College/University of Melbourne. Kai sees public outreach about climate issues an important and inspiring element of his work. Find him @kkornhuber. 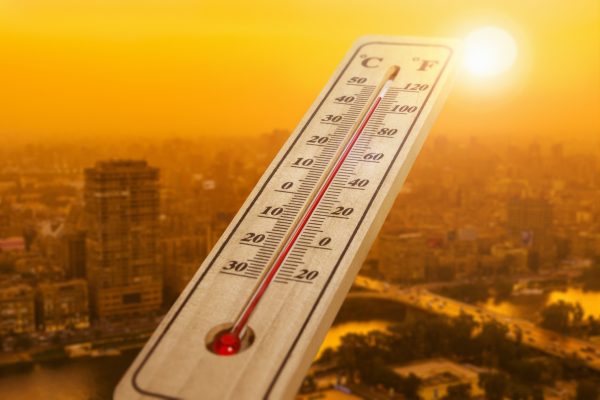