What to do on a lovely midsummer Friday evening? A cold beer on the patio? A dip in the pool? Nope. Let’s go to a meeting at South Nyack Village Hall.

Some of these climate conscious folks are longtime residents, and some are newcomers. There are senior citizens and college students at the table, along with village officials, environmental scientists, planning professionals, educators, and even a historical preservationist.

A South Nyack Trustee since 2014, UK native Andrew Goodwillie works in the marine geology-geophysics division at Columbia University’s Lamont Doherty Earth Observatory in Palisades, New York. He was pleasantly awed by the turnout at Friday’s maiden meeting. “It’s just amazing, the range of people we’ve got here,” he told the group. Besides the twenty-one attendees, another nine residents have also expressed interest in the project.

The task force itself was officially created last month by the South Nyack Village Board of Trustees, and Goodwillie was appointed Sustainability Coordinator at the same time.

For now, the Task Force will meet once a month, for one efficient hour. Sub-groups focused on particular sustainability projects and goals—like recycling education outreach, climate resiliency, curbside compost pickup, tree replanting, and more—will report on progress or where they’ve encountered barriers.

Not starting from scratch

Two of Goodwillie’s other green initiatives are in the works and moving quickly toward reality.

Community Choice Aggregation (CCA) is based on a change in state law that allows a municipality—alone or with other communities—to “aggregate” their residents, and enter into a cost-saving contract to provide electricity from 100% clean renewable energy. “It’s a very fast moving field,” Goodwillie told the meeting. “Westchester was first in our area, and they’ve gone to 100% renewable energy at a fixed-rate discount that can save the average household up to $200 per year on electricity,” he added. Nyack and Upper Nyack have also signed on to the CCA program, and there’s an effort to get the other river villages, as well as the towns of Orangetown and Clarkstown on board as well. “We can switch virtually the whole village over to clean, cheaper renewable energy in one swoop,” said Goodwillie, who noted that local residents can expect plenty of CCA outreach and education in the coming months.

A big cost- and energy-saving initiative, slated for completion this fall, is the conversion of South Nyack’s 190 street lights to LED fixtures (after buying the street lights outright from O&R, instead of renting them). “They will be warm-color, full-cutoff lights, which only shine down below the horizontal, helping to address light pollution and reduce energy waste,” said Goodwillie, whose interest in astronomy makes him a natural “dark-sky” advocate. The substantial savings on the rental and electric consumption will pay for the project, which will break even over about 7-8 years. “Then the village will profit from the savings in the electric and rental charges, along with reducing the amount of electricity consumption by about 122,000 kilowatt  hours of electricity a year,” Goodwillie added. 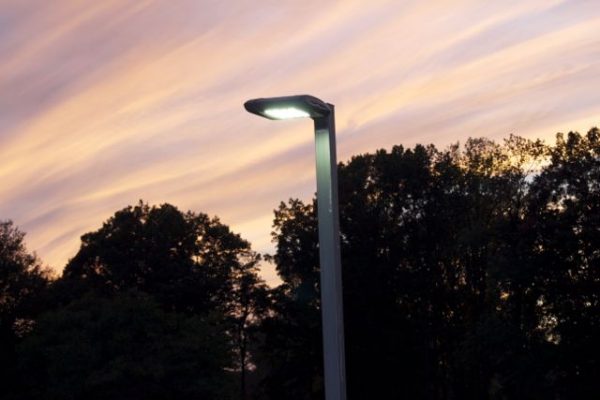 Dark sky-friendly outdoor LED lights save energy and money. And they are friendlier to wildlife, too. Photo courtesy darksky.org

Like the moon walk we’re celebrating this week, South Nyack’s comprehensive plan is 50 years old, and does not address  modern issues of sustainability or the effects of climate change. It’s time for a new roadmap, and the Climate Smart Task Force will be an important guiding force in this process. Some state grant funding to help create a comprehensive plan with sustainability and resiliency elements is available to villages like South Nyack that get certified as Climate Smart Communities (CSC). (The Village of Nyack recently achieved CSC Bronze certification.) So, to advance in the CSC program and become eligible for additional grants, the Climate Smart Task Force will be looking for ways to earn points toward certification.

And when South Nyack becomes CSC certified, other “pots of money” become available to help implement even more sustainable initiatives.

To join this energetic and dedicated crew, contact the Village of South Nyack (845-358-0287) for more information, and to be added to the contact list for upcoming meetings. 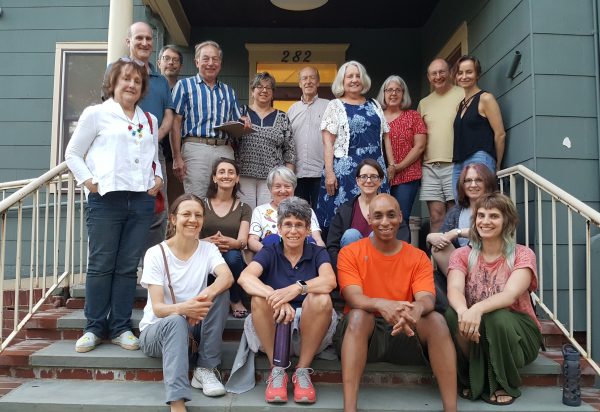