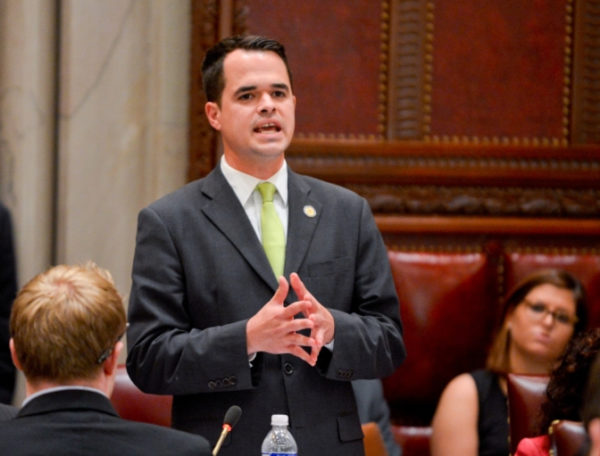 by NY State Senator David Carlucci
Simply put, commuters cannot afford a toll hike on the Gov. Mario M. Cuomo Tappan Zee Bridge, and any panel tasked with determining the toll rate needs to be accountable to the people. Representing Rockland and Westchester Counties, I know that residents are strapped financially, and a toll increase will pose a significant financial burden on them. Further, local residents’ input is critical in the process because the toll freeze ends in 2020.
Affordability is extremely important to Rockland and Westchester residents who are paying some of the highest property taxes in the nation. Residents cannot shoulder a regressive tax for a national infrastructure project. Last year, single-family homes in Rockland had an average property tax bill of $12,925 and in Westchester a tax bill of $17,392, according to a report from ATTOM Data Solutions, a real-estate tracking company. Further, a toll should not exceed the state minimum wage. At the end of December 2020, the Rockland minimum wage will stand at $12.50 and at $14 in Westchester. Placing any increase on Hudson Valley commuters will prevent families from saving and could lead residents to take jobs outside of Rockland or Westchester or take their business elsewhere, destroying our local economies.
The new Gov. Mario M. Cuomo Bridge came with a price tag of about $4 billion and should not be paid for on the backs of Hudson Valley commuters. The federal government provided $1.6 billion worth of low-interest loans to the state, while the Thruway Authority in 2017 alone made about $731.5 million in toll revenue. With the expansion of cashless tolling, the Thruway Authority said it is expected to generate at least $739 million in toll revenue in 2019, according to their budget. While the Governor has never laid out a full plan for how the new bridge will be paid for, it seems obvious that toll revenue will play a large part. A toll increase on the new bridge would be unfairly forcing Rockland and Westchester County residents who already pay high taxes to also pay more for the bridge.
While announcing a new bridge span last year, the Governor said there must be a comprehensive review of the tolls. While I agree with the Governor’s 2018 statement, I have been calling since 2015 for a Toll Advisory Task Force to meet in Rockland to examine the then Tappan Zee Bridge tolls, discuss any possible increases, and look into resident discounts. Despite calls and letters [see attachments], the Thruway Authority has dragged their feet and ignored requests, acting negligently.
In 2018, the Governor stated to the New York Daily News, “If you look at the tolls now, there’s no real pattern to them. Why is the Verrazano one cost and the Throgs Neck another cost and the Triborough another cost?” This is alarming when the Verrazano costs $12.24 for E-Zpass holders and $19 for Tolls By Mail; that’s $7.49 and $14.00 more than the Gov. Mario M. Cuomo Bridge respectively. The Throgs Neck and Triborough are both $1.37 and $4.50 more respectively than the Gov. Mario M. Cuomo Bridge. If we were to do as the Governor suggests and make all the bridges one fare then Hudson Valley drivers will be inevitably paying much more. There are certainly several factors such as economic equity, financial return, local economy revenue and job growth, which should be looked at before tolls are changed as opposed to making them all relatively the same amount.
Another issue of concern, the Toll Advisory Panel deemed with evaluating toll rates for the new bridge has been entirely selected by the Governor and has never been scheduled to meet, until last week. It’s alarming that the public and the state legislature has had no role in selecting the members of the panel and that the panel has never met since 2015, at least monthly, with some meetings held in Rockland and Westchester Counties. The input from local leaders and residents is significant and to give only a week’s notice to the public is irresponsible. Such short notice does not adequately allow people to have their voices heard on the matter. There should be multiple meetings held in Rockland and Westchester moving forward because we need transparency.
Despite the short notice, this first set of meetings will prove extremely important in laying the foundation for how this new Toll Advisory Panel will operate and review toll rates. I have sponsored legislation (S.4664) since 2017, which is a road map for how the Panel should work, and it’s my hope the Toll Advisory Panel will consult this bill so regular meetings are established and concrete goals are set. One such goal is working with the Traffic Mobility Board to understand how Rockland commuters could be impacted by congestion pricing. Any congestion fee is regressive and unfair to Rockland commuters who are underserved by transit. The Governor has said if you take the Lincoln and Holland Tunnels, you will not be double-tolled, but if you take the Gov. Mario M. Cuomo Bridge then you will be double-tolled. This is unfair to our residents and any bridge toll should be subtracted from the toll fee into the city because double-tolling is wrong.
A second goal of the panel should be completing a cost analysis and potential timeline of completion for a high-speed rail across the new bridge, paid for with funding collected through congestion pricing. We have to make sure we make the investments throughout the MTA region if were going be successful. A high-speed rail would generate new revenue, eliminate traffic, and reduce pollution. It is a project that would benefit commuters greatly and make Rockland an even more attractive place to live and work.
Respectfully, the matters, which I have laid out should be taken into consideration and discussed at these meetings and at future meetings. It is important to remember that our workforce is the backbone of our state’s economy, and the new bridge needs be affordable to cross, otherwise it will absolutely crush our economy.