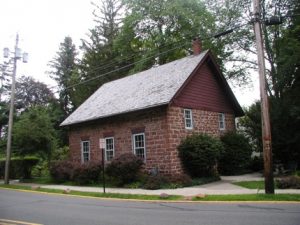 The Old Stone Meeting House is located at 347 North Broadway in Upper Nyack.

Upper Nyack celebrates the longest day of the year with a Summer Solstice Concert at the Old Stone Meeting House on Fri June 21 at 7p. Welcome the start of the summer season with Flutist Stefani Starin and pianist Heidi Upton performing compositions with a garden theme by Faure, Couperin, Messiaen, Paquito D’Rivera, Bach and more.
What’s so special about the Summer Solstice?
In this article: