Nyack, June 25 — Trustees Marie Lorenzini and Elijah Reichlin-Melnick won the Democratic Primary, receiving 35% and 39% of the votes cast, respectively. Challenger Joe Carlin finished third with 25%, 115 votes shy of winning an opportunity to run as a Democrat in the November general election. 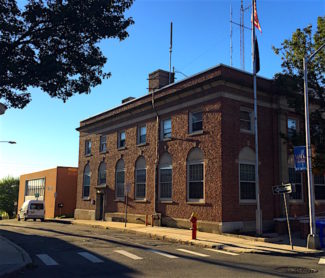 More than six in ten registered voters in Nyack are Democrats, so winning the democratic primary virtually assures trustees re-election for another two years in the November general election. A little less than half (47%) of the 2,765 registered Nyack Democratic voters cast a ballot in the 2019 primary election.
Joe Carlin, who waged a vigorous effort with many campaign signs and regular appearances at public events wearing his “Vote For Joe” t-shirt, previously ran for the Nyack Village Board in 2017. In that four way race, he received 288 votes, also finishing third. In Tuesday’s primary, he received 284 votes.
Tom Walsh won the Rockland County District Attorney’s race with over 51% of the votes cast, besting Assemblyman Ken Zebrowski (25%), Patricia Gunning (16%), and Victor J. Alfieri (7%).