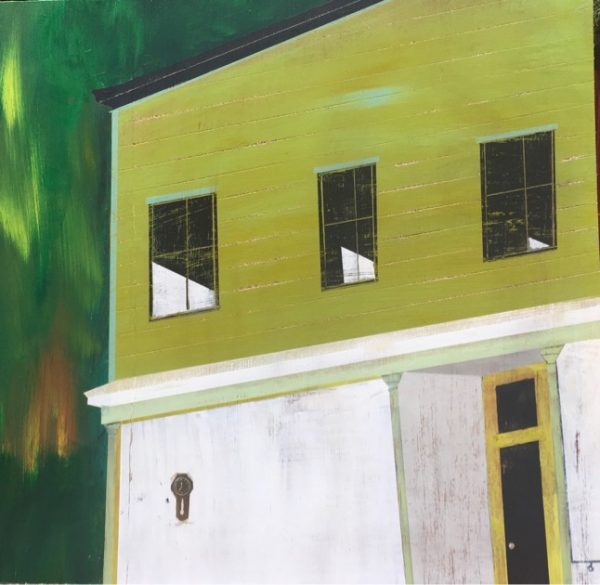 by Arthur H. Gunther III
UPPER NYACK, N.Y. — On the charming corner of School Street and Broadway, in this charming village 24 miles north of Gotham, there is a charming former store made famous in an iconic 1948 painting—“Seven A.M.”—by the foremost American realist, Nyack native Edward Hopper.
The artist captured a small-town American scene, the store’s wall clock hitting seven in the morning, an awakening time for work, for commerce, but also for a changing America in the post-war years.
What would lie ahead in social/economic/political changes? Would small towns thrive or decline? Would the clock’s hands move forward?
The look of the storefront is classic. Once there were many, many thousands across the nation. By 1948, the Upper Nyack store had already been many things, offering goods and books and the gatherings-for-sale by the Perry Family and others.
Now, in 2019, the store is empty, though the building has been rescued by a good neighbor who now lives there. She is already advancing the clock hands on fine but oh-so-careful restoration to assure that we never forget–never forget in small-town America the time that came before seven AM.
The writer is a retired newspaperman. ahgunther@yahoo.com. This piece was originally published at thecolumnrule.com.

In this article:edward hopper, Seven AM