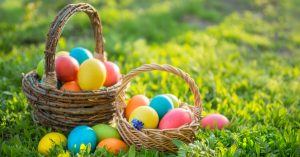 Happy Easter! Follow the bunny at one of Rockland’s Easter Egg Hunts and find hidden candy. Or, see sword swallowers and fire eaters at the fair. Art lovers shouldn’t miss the newest exhibits at Union Arts Center and Edward Hopper House. And if you need to unwind, join a yoga class at Nyack Yoga.
This Fri-Sun list of what to do and where to do it is brought to you by Rockland Center for the Arts. Stop by and see The Students Exhibition. The students, young and old, show that creativity is alive and well, keeping them happy, healthy, and youthful. 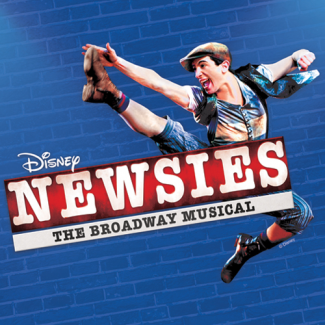 Westchester Broadway Theatre presents Newsies, a defiant tale of feisty kids making a difference. Orphaned and homeless yet determined to succeed, New York’s newsboys are dreaming of a better life. In the face of rising prices and poor wages, they pull together, create strength in numbers, and protest. Enjoy this smash-hit musical based on the 1992 Disney film. Show runs through May 26, Fri 6:15p, Sat 6:15p, and Sun 11:45a. 1 Broadway Plaza, Elmsford.

At the Jewish Film Festival:

Tuesday – Leona is an intimate, insightful, and moving film which tells the story of a young Jewish woman from Mexico City who finds herself torn between her family and her forbidden love. 7:30p, Regal Cinemas, Nanuet.

Tuesday – Mamboniks a documentary about the 1950s mambo craze and how a group of free-spirited, mostly Jewish dancers from New York City fell in love with the sultry dance from Cuba. 7:30p, Regal Cinemas, Nanuet.

Wednesday – Samuel Project portrays Samuel, a grandfather who reconnects with his grandson when he becomes the subject of a high school project. 1:30p, Regal Cinemas, Nanuet.

Wednesday – Accountant of Auschwitz, a documentary which sheds new light on Oskar Gröning, one of the last surviving members of the Nazi SS to be implicated in Germany’s crimes against humanity, and constructs a stark reminder that those who forget history are doomed to repeat it. 7:30p, Regal Cinemas, Nanuet.

Elmwood Playhouse will be holding auditions for its upcoming production of The Little Foxes written by Lillian Hellman and directed by Alan Demovsky. The Little Foxes is the classic cynical play of family greed and revenge. The play takes place in the deep south (Alabama) therefore a southern dialect will be required but do not concentrate on the dialect for auditions. Interpretation is key and the dialect will come after several weeks in rehearsal. Sides from the script will be made available at the audition. There are roles for four females and six males. Casting is open to all. Ethnicities, races, and newcomers are especially welcomed. Crew and other volunteers are also needed. For more information call 845-353-1313 or visit www.elmwoodplayhouse.com/auditions. 7p, 10 Park St, Nyack. 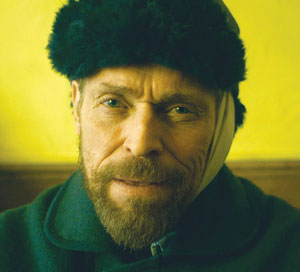 Rivertown Film presents At Eternity’s Gate, a journey inside the world and mind of Vincent van Gogh who, despite skepticism, ridicule, and illness, created some of the world’s most beloved and stunning works of art. Watch scenes based on van Gogh’s letters, hearsay, and moments that are just plain invented. 8p, Nyack Center, 58 Depew Ave, Nyack.

The Nyack Weekender is your Fri-Sun list of what to do and where to do it. This weekly series is brought to you by Rockland Center for the Arts.
To get the Nyack Weekender delivered to your mailbox auto-magically every Friday morning, add your name to our mail list. Visit our online sign-up sheet to subscribe.
In this article:Events, meditation, nyack center, weekender