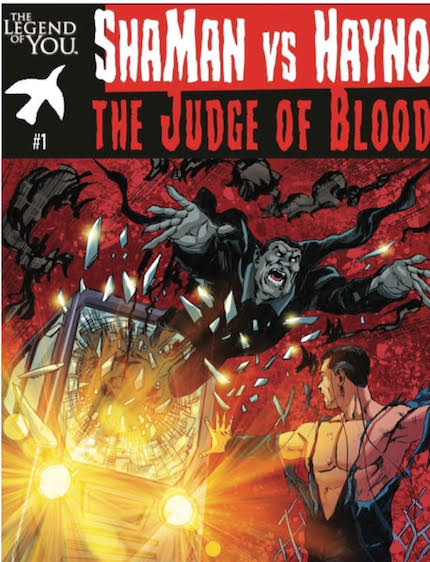 On April 26, at the Nyack Center, attend the premier of a special animated movie from Transylvania, “Shaman vs The Judge of Blood,” a story based on a myth, created by Ivan Szendro. You are invited to share your songs, dances, legends at this multicultural celebration of spring. Doors open at 5p with the warm-up reggae band, the Early Birds playing the song, “Pick Me Up! Cheer Me Up!” Dance in your self-made Spring costume and mask, (optional,) bring please your own culture’s legend to share. Light afternoon food, drinks and unleavened cakes, – expressing solidarity with those who are celebrating Passover, – will be available.
The evening concludes with two screenings of “Shaman vs. The Judge of Blood,” at 8 – 10p, a film-ritual to triumph over darkness, demons and dictators. 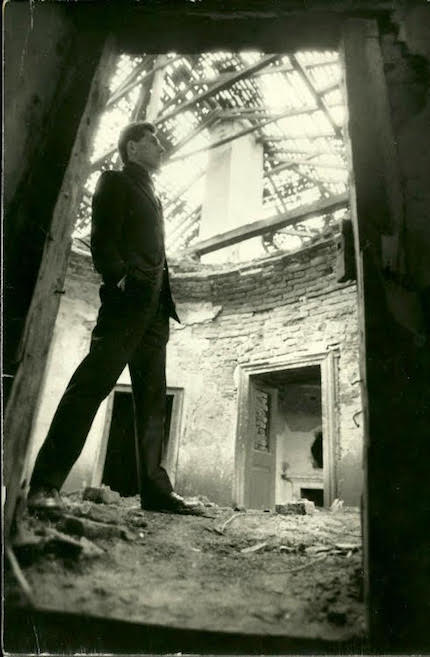 In Transylvania, there is a legend told about a tyrannical monster called Hayno, the Judge of Blood. The Hero of the film is Reverend, a village priest who lives near Hayno’s summer residential castle, and is driven by one single question: Is Hayno a maniac dictator, or as many people believe in his country, the reincarnation of an ancient mythical supernatural deity, the Judge of Blood?  Reverend’s fate is to become a shaman of old times, to find out the truth, to face Hayno, The Judge of Blood, and to end of his long-lasting power in Transylvania.
Ivan Szendro, who won the Best Mystical Documentary of the New York Independent International Film Festival with his previous autobiographic movie, the Self-Made Shaman (see YouTube,) will introduce the screening. 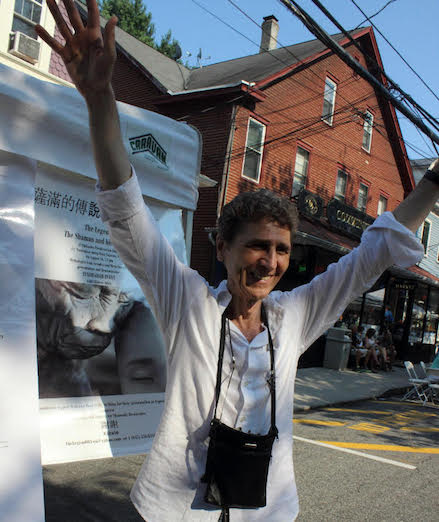 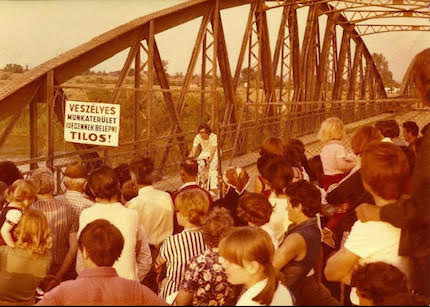 In 1970, Ivan Szendro was a young actor during the dictatorship in Hungary with a promising stage carrier when a big flood changed his life for good. On that night Szendro was  supposed to play the exorcist Reverend Hale in the Crucible when they postponed the show because of the natural catastrophe inundated the area around the theater.  As a young actor, with free time on his hands, Szendro went out to the levees of the endangered Transylvanian villages nearby, where the villagers interpreted the disaster accordingly their ancient legend as the revenge of a dictator like deity, HAYNO, The Judge of Blood. From that stage, Szendro found himself in a much larger, mythological theater. 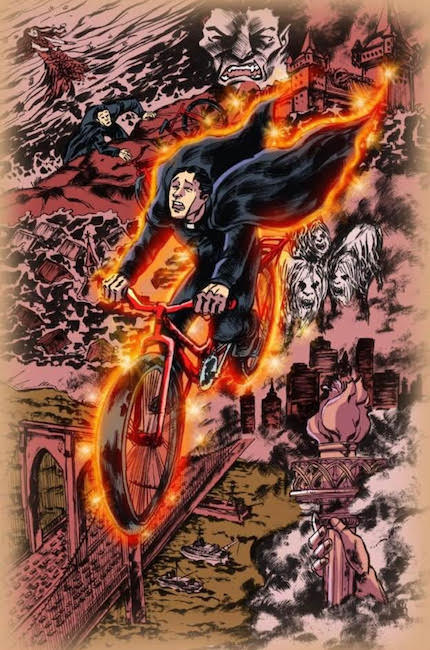 This curious experience made Szendro a messenger of the village that finally was washed away in front of his eyes, inheriting the HAYNO legend from the elders, and the shamanic wisdom from a shaman woman of the village, Anna Halasz.
Months later Szendro said good bye to the ruined village from a closed bridge, performing the legend to an audience of 400 people. The bridge was already prepared by the authoritarian government to blown up, ultimately deterring the villagers from rebuilding their homes.
Szendro became a wandering myth-carrier shaman, traveling, and performing the legend of ShaMan vs HAYNO, The Judge of Blood, from Paris’ Pompidou Center to NYU, from Amsterdam to Anchorage. Szendro has dedicated all of his income since to one cause; to rebuild his legendary village.
After long years self-disciplined shamanic life, Szendro has turned toward modern media. He first created a documentary, the “Self-Made Shaman”, that won to the Award of Best Mystical Documentary at the New York International Independent Film Festival. In 2008, he made a 200 pages graphic novel based on his legend.
His long quest to triumph over his legendary boogeyman, HAYNO, reaches a cathartic point in the Nyack Center on April 26, when he premiers his new Film Ritual, as he calls it, the ShaMan vs HAYNO, edited by the internationally known film editor Lajos Halasz, who is coincidently the grandson of the shaman woman of the ruined village, Anna Halasz.
Is this a dream come though that can happen only in a legend? Not, if we have faith – Ivan says, – to create from our world a place without Darkness, Demons and Dictators.

Tickets are available by clicking here:

For travelers to stay overnight the Pearl River Hilton Hotel is available, approx. 5-7 mints from Nyack.

With your $20 Suggested Contribution ticket you can come back all day.

Please, when you order the ticket let us know what seating you choose for the movie: at 8 or 10pm.

The Spring-Day event is dedicated to help Ivan Szendro’s Non-Profit Organization, The Legend of You Inc., help rebuild his legendary Transylvanian village, Nagygéc, washed away by a flood, or as its old habitants believed, destroyed by “Hayno, The Judge of Blood.”