Avid South Nyack flower gardener Laurie Needell was working as a teen room information specialist at The Nyack Library in 2015 when some colleagues, in league with gardening professional Jennifer Giunta of Cottage Creek Gardens, began talking up the idea of a seed-exchange program. Needell had worked on library seed-exchange projects in her graduate school days, and saw her vocation and avocation converge before her eyes. “I was all over it,” she said.

Needell and her garden-loving library colleagues did their research, made their proposal, enlisted Giunta as a volunteer partner, and won approval for a Nyack Seed Exchange, which debuted at The Nyack Library in 2016, and is still going strong. Last year, the seed exchange began offering to hold seeds for pickup at the Orangeburg Library as well, where Needell is now the adult reference librarian.

“Seed exchange has been going on since people have been growing things. It was pretty much standard practice that you’d share or swap seeds with your neighbors,” said Needell. “Modern seed banks and exchanges are an elaboration of that idea.”  Needell believes that it’s largely a response to the rise in large corporate farming and crop monocultures (planting just one crop over an extensive area). “This created a pushback, with some people saying ‘No’ and investing in small farming, organics, and maintaining seed diversity.”

You can check seeds out from the Nyack Exchange, but you won’t get any overdue notices. Seed contributions—saved or store-bought—are voluntary, as is a little something in the donation jar to defray the program’s costs. Every Wednesday night from 6-8p and Saturday from 10a to 2p, March through May, volunteers man tables at the library where patrons can talk garden shop and pick up a variety of flower and vegetable seeds, donated by commercial seed companies (many of which carry only non-genetically-modified seed) or by local gardeners. The goal? “More participation from a community of seed stewards who are actively fostering their favorite varieties and making sure the well-adapted, successful ones continue to make their way to the exchange where they can be shared,” said Cottage Creek’s Jennifer Giunta. 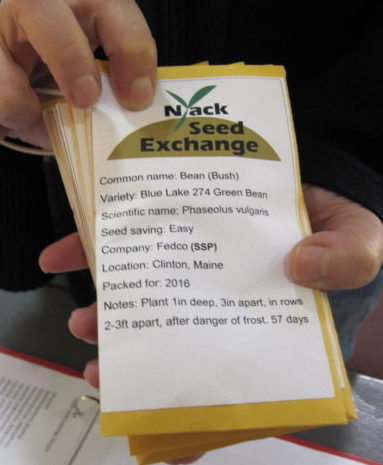 In its brief life, Nyack’s Seed Exchange has been a hit with local gardeners. “Every  year, we start off busier than the last year,” Needell said.

Seed orders (for those who can’t attend open hours) may be sent to lneedell@rcls.org. The Nyack Seed Exchange inventory is posted on both the Nyack and Orangeburg Library websites, as well as on the Facebook Group Nyack Seed Exchange.

Farm and garden: The biodiversity battle

Trading natural, non-GM seeds in Nyack may not change the world, but it can raise awareness among mindful gardeners of the high-stakes seed battles being fought on the world’s farms. In the mid-1990s, chemical and pharmaceutical companies, like Monsanto, Bayer (now Monsanto-Bayer), and Syngenta (now owned by ChemChina), introduced genetically-modified crop seeds. They are sold in combination with chemical pesticides, among them glyphosate (introduced in 1974; found as Roundup in many suburban garden sheds). These modified seeds produce plants that can withstand proprietary pesticides, which can thus be liberally applied to control weeds without harming the crop plants. The potential cancer-causing effects of glyphosate have been at the center of several recent high-profile lawsuits. 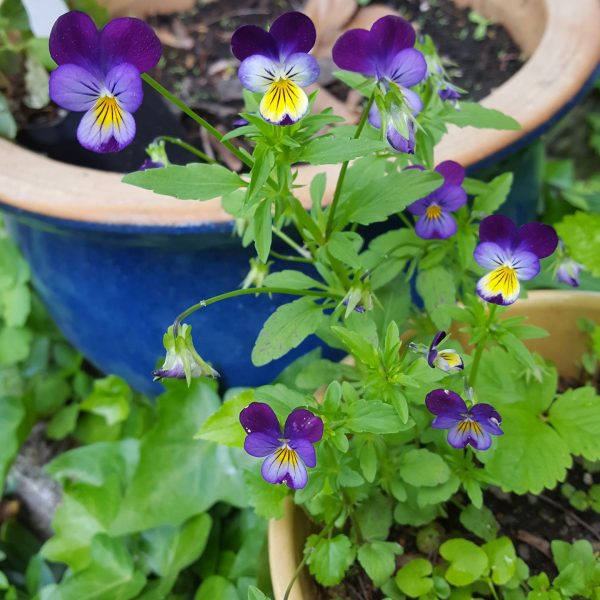 Aside from soaking corn for cattle feed and tortilla chips with questionable chemicals, it’s Big Ag’s reliance on crop monoculture and resulting loss of biodiversity that may pose the most alarming long-term risk to the world’s food security. Using the same pesticide year after year throws evolution into high gear, with “superweeds,” like the monster pest pigweed, and insects developing resistance as quickly as corporate chemists can tweak formulas. Crop monocultures, with thousands of acres of nothing but soybeans or corn or cotton in every direction, create near-perfect conditions for resistant pests and blights to reproduce and flourish.

Over the last century, it’s estimated that the earth has lost 93% of its seed varieties. Community seed exchanges, like Nyack’s, are a small-scale reflection of big-time anxiety about that loss. Sustainable agriculture advocates fear the end of food-plant biodiversity and, with it, the specter of widespread famine. And that’s not just a dystopian movie plot. When a blight attacked mid-19th-century Ireland’s potato monoculture, there were no fallback crops, and the result was The Great Famine, with a million dead and a million fled.

But there’s a rational reaction to that anxiety, sitting in Norway’s arctic archipelago. The Svalbard Global Seed Vault was established in 2008 as a repository for millions of genetically pure seeds from around the world. The US is a contributor to this safekeeping project, and is, in fact, the largest single member of a United Nations seed-sharing treaty (ratified in the last weeks of the Obama Administration) which uses this arctic storage site.

But no need for a fur coat and sled to help fend off the monoculture threat. Just drop in to the Nyack Seed Exchange and enlist your garden or windowbox in the battle for biodiversity. 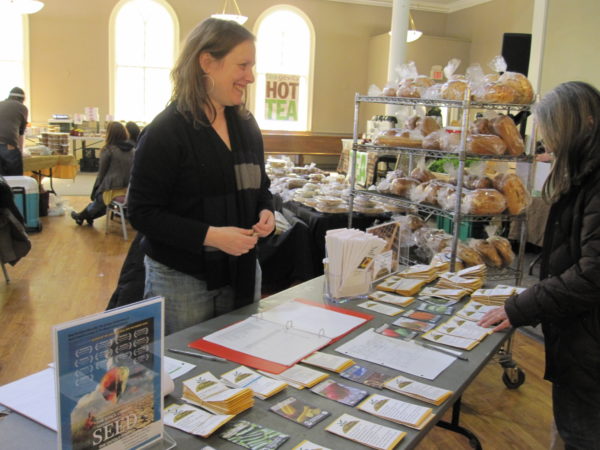 Wednesday evenings, 6p to 8p and Saturday 10a to 2p, March through May.