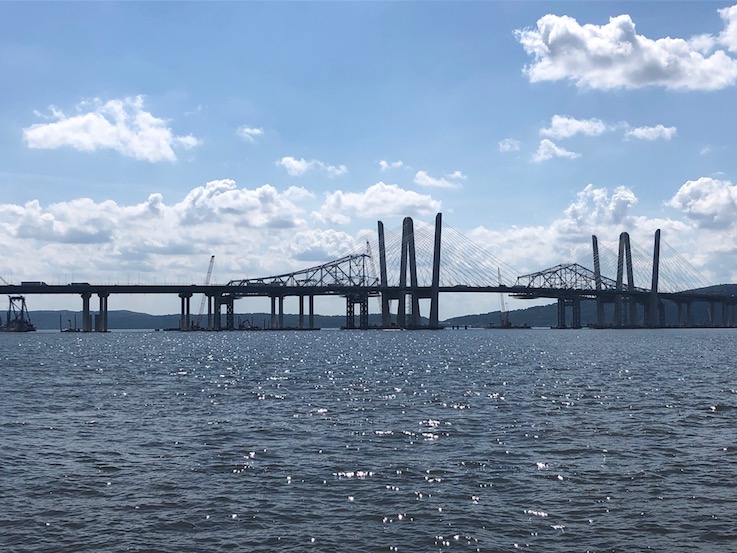 The original plan to bring down the bridge by dismantling it in pieces was discarded after engineers determined that the remaining structure was too unstable for construction workers. On Saturday morning, demolition charges will be used to deliberately fail vertical members of the remaining east span, allowing the demolition team to safely lower the old bridge eastward, away from the main navigation channel. Marine salvage experts will then remove the material from the river during the following weeks. The steel will be recovered with the assistance of chains, previously laid on the riverbed.
During the controlled demolition period, NYS Police will stop bridge traffic on I-87/I-287 in both directions between Thruway Exits 9 (Tarrytown) and 11 (South Nyack). The demolition event is scheduled to begin at 9a and traffic will be halted for about 45 minutes, or until Tappan Zee Constructors (TZC)  determines that the area is safe to reopen to traffic.
Monitors placed in key locations in Westchester and Rockland counties will monitor any vibrations or air-blasts generated by the demolition.
.