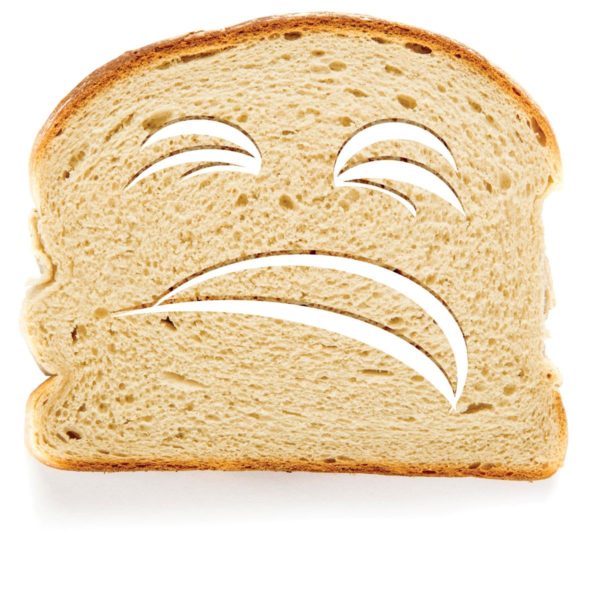 May is Celiac Disease Awareness Month

by Ben McCarthy
Sixteen months ago, I was diagnosed with Celiac disease, an autoimmune disease that affects 1% of the US population and is characterized by the inability to digest gluten, a protein found in wheat, barley and rye. When individuals with Celiac disease consume gluten, an immune response is triggered that often results in gastrointestinal distress and causes the immune system to attack the small intestine. If exposure to gluten is prolonged, the absorption abilities of the small intestine are drastically damaged, resulting in vitamin deficiencies, osteoporosis and an increased risk of gastrointestinal cancers (among other systemic issues).
There is only one treatment currently: a strict adherence to a completely gluten free diet.
As someone who loves food, cooking and eating out with friends and family, I was devastated to find out that I could no longer eat gluten, something that is central to so many of my favorite cuisines.
When I told people about my diagnosis I was either met with blank stares (they had no idea what Celiac disease was) or muted empathy (they understood what Celiac disease was but not the intricacies of following a gluten free diet). To be fair, I didn’t blame them. Gluten isn’t actually harmful to those who do not have Celiac disease or gluten intolerance. And gluten-free has become a fad in America, making people skeptical of anyone who avoids the protein.
Living with Celiac disease, though, is different. There’s nothing trendy about it. It means more than simply cutting out bread and beer. Gluten is found in a plethora of products and foods–soy sauce, bouillon cubes, gravy, the list goes on and on–and individuals with Celiac disease have to be vigilant, even minute amounts of gluten can trigger an immune reaction that damages the small intestine.
The gluten free pastries found at coffee shops throughout the city? Off limits to those with Celiac disease as they are cross contaminated. While many restaurants now offer gluten free options, a large percentage of such options are not safe for those with Celiac disease as they are not truly gluten free. Having celiac means avoiding crumbs on a cutting board or a shared toaster like they’re plague-infested.
The irony of being gluten free in America is that there are now more gluten free products available than ever before, yet many of them are unsafe for the very individuals who truly cannot eat gluten: those with Celiac disease.
On the other hand, people who go on a strict gluten-free diet and do not have Celiac disease or gluten intolerance are misinformed and may even be putting their health at risk. Many conventional gluten free products are made with refined, unfortified flours (most white wheat flour is fortified with vitamins and minerals for nutritional purposes) that lack the nutrients and fiber of gluten containing whole grains.
And contrary to the widespread belief, gluten is not actually bad for you if you do not have Celiac disease. While gluten containing grains are intrinsically harder to digest than grains that do not contain gluten, such as rice, they do not trigger an immune response or harm the digestive tracts of individuals who do not have Celiac disease.
As far as treatments go, the gluten free diet is both a blessing and a curse for those with Celiac disease. It requires no daily drugs or injections but it is frustrating, socially alienating and expensive. Gluten free products are often considerably more expensive, and going out to eat or to a friend’s house for dinner always carries the risk of accidentally ingesting gluten and feeling awful for days to come. Simple tasks like going out to grab a snack or shopping for groceries become exercises in asking questions and reading labels.
Friends often seem astounded when I tell them I only eat baked goods produced in dedicated gluten free bakeries, or that I have separate cutting boards and cooking utensils at home that never touch gluten. Family friends that have recently learned of my diagnosis often ask me why I simply don’t eat gluten anyway (I would get sick and do damage to my body) or tell me that I can outgrow my Celiac (not true). Celiac disease is widely misunderstood, and much of the reason is the gluten-free fad that has taken America by storm. It is important to differentiate between the two and to understand that gluten is not intrinsically harmful to humans unless they have Celiac disease.
A cross section of the small intestine, Celiac disease causes an autoimmune reaction that attacks and damages the villi, finger-like projections which absorb vitamins and minerals essential for healthy bodily function.