This week in the villages: Happy Memorial Day. Enjoy your day off. And give thanks to Americans who lost their lives serving in the armed forces. It will be a quiet day at village and town halls near Nyack, and the holiday will be commemorated by 14 events countywide. As Memorial Day is a federal holiday, government offices, banks, post offices, and public schools will be closed. The Tappan Zee Express will run on a weekend schedule on Mon 5/28. 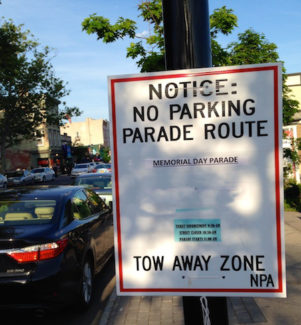 Here’s a list of Memorial Day events across Rockland County: 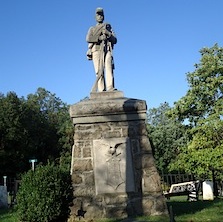 In addition to the village hall office, Nyack’s Department of Public Works will be closed on Monday. Trash will be picked up on Tues May 29.
As for transport options: TZx buses will operate on a weekend schedule; Transport of Rockland (TOR) buses 59, 91, 92, 93, 94 and Loop 3 will operate on a Saturday schedule; Loop 1 and Loop 2 will operate on a weekday schedule; there will be no service on TOR 95 and 97; and Metro-North will operate on a  Sunday schedule. Some routes will be temporarily detoured due to Memorial Day parades in Nyack, Suffern, Pearl River and Tarrytown.
African American Day Parade and Festival
Nyack celebrates its 10th African American Day with a parade and multicultural festival with music, food and a job fair. Saturday, June 2, 11a-5p at Nyack Memorial Park, Piermont Ave. The parade steps off at the village’s municipal lot (Artopee Way). at 11a and then proceeds towards Memorial Park.

If you Walk or Bike, please Save This Date:
Tues June 12 at Nyack High School

The Nyack area has a reputation as walk-able and bike-friendly community. But it can still be a challenging place to walk or ride a bicycle. 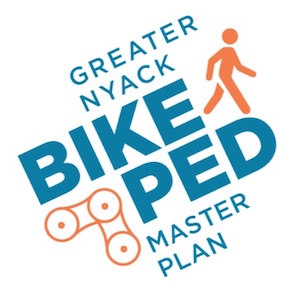 There were 52 vehicular crashes that involved pedestrians or cyclists in the Nyack School District from 2015-2017. That count doesn’t include two fatalities in the last four months – including one just last week at the intersection of Broadway and Main Street in Nyack.
The Greater Nyack Bike/Walk Master Plan, a six month study of the streets, sidewalks, bike lanes, and cross walks in the Nyack river villages and Valley Cottage, will present its findings and recommendations on Tuesday, June 12 at 7p in the Nyack High School auditorium.
Please join us at this public event. What you will hear affects all of us!

There will be a children’s concert on Saturday, June 2 at 1p at the gazebo in South Nyack Franklin Street Park on Franklin Street, between Cedar Hill Ave and Depot Pl. The concert features the parents’ choice award winning, Bossy Frog Band, with Jeffrey on banjo and guitar and the dancing Bossy Frog costume character. Bring a chair, blanket, refreshments and your friends and family.

In observance of the Memorial Day holiday and in accordance with Governor Andrew M. Cuomo’s ‘Drivers First’ initiative, Tappan Zee Constructors, LLC (TZC) will suspend construction-related lane closures on or near the New NY Bridge project site until Tuesday night, May 29.

Deck Panel Installation over River Road
TZC is scheduled to continue installing road deck panels for the new bridge’s eastbound span over River Road at the Rockland landing. The work follows the successful installation of steel girders in the area. The work is scheduled to occur during weekdays, requiring daily periodic 5-minute traffic stops on River Road between 7a and 5:30p. Flag persons will be on site to facilitate the lane closings and maintain traffic safety. The work is scheduled to conclude by Wednesday, May 30.
Roadway Improvements
TZC is scheduled to continue work on the eastbound span’s roadway. The work will involve moving material and equipment near the Rockland landing, requiring overnight lane closures on the southbound New York State Thruway (I-87/I-287) beginning near exit 11 (Nyack – South Nyack – US Route 9W) and extending across the new bridge.

Work on the median barrier in Tarrytown will also require single lane closures on the northbound Thruway near exit 9 (Tarrytown – Sleepy Hollow – US Route 9).

Specific lane closure times are listed in the chart below.

Lane Closures Near the Bridge

TZC is also scheduled to pour concrete near the eastbound span’s Westchester landing next week, weather permitting. The work will not require the closure of any Thruway traffic lanes.

Here are the municipal events in South Nyack and the Village of Nyack for the week of 5/28. There are no meetings scheduled in Upper Nyack this week.