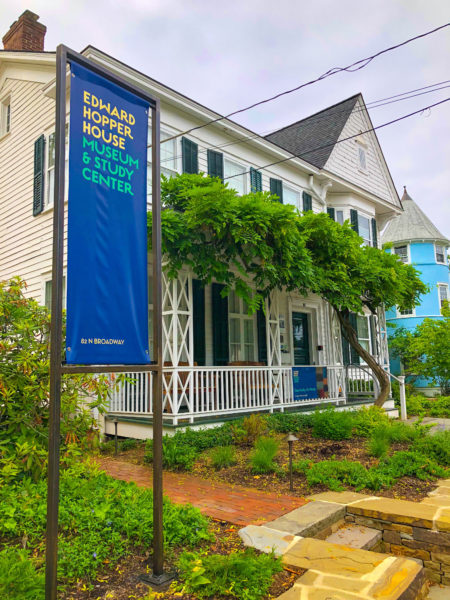 It’s a shame Edward Hopper was never able to paint the new scene in his own backyard. The Edward Hopper House Museum and Study Center has recently completed a landscaping of its grounds that highlights anew the white Queen Anne Architecture and offers an improved venue for summer programs and events. It’s scenic, picturesque, even without being rendered by the late master.
To highlight the new grounds, the museum will host a Spring Benefit & Garden Opening on June 2, from 4p to 6:30p.

How the landscaping came about

The museum staff applied and won a grant from the New NY Bridge Community Benefits Fund. The Mario M. Cuomo Tappan Zee Bridge funding source has given grants to a number of projects, including the Greater Nyack Bike and Pedestrian Master Plan and new sidewalks in Upper Nyack. But the museum is the first to link the new bridge’s Shared User Path (SUP) with a local art space.
The grant funded most but not all of the landscaping. To be environmentally sound, the museum added storm water runoff abatement procedures. The landscape was designed by Jon Feldman, from G. Biloba Gardens, and installed by Mapleshade Landscaping. The garden is now also accessible to the handicapped. 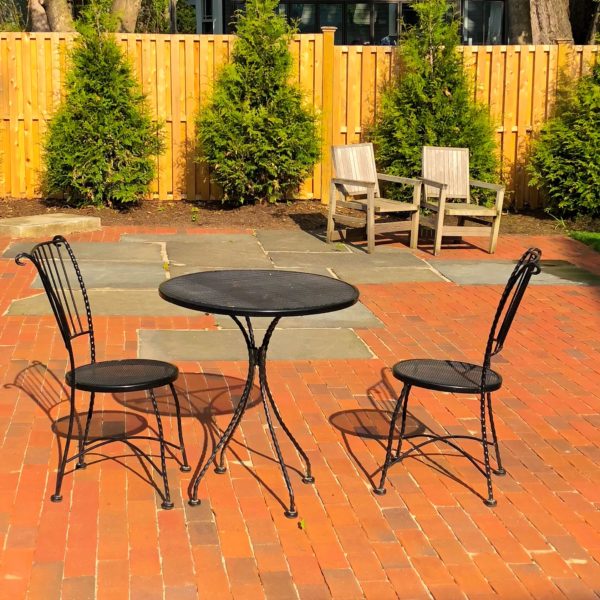 Serene garden setting includes new brick paths and patio with some of the original blue stone designed into the brickwork.

It can be hard now to remember how the overgrown greenery, with its old tree stumps littered about, sloped down to the front sidewalk and bluestone slabs, leading to the backyard. That’s all changed. A stone wall lifts and levels the front yard. The low wall has already become a village street-side bench, especially for kids waiting for their school buses. New plantings in the front are just beginning to fill the space up to the front porch.
Two brick sidewalks lead to a brick patio in the backyard. The old bluestone sidewalk slabs have been preserved and are aesthetically positioned within the brick. In the back garden, a new stone bench frames the curving walkway. A wooden fence stretches around the yard. A stage is placed in the northwest corner. 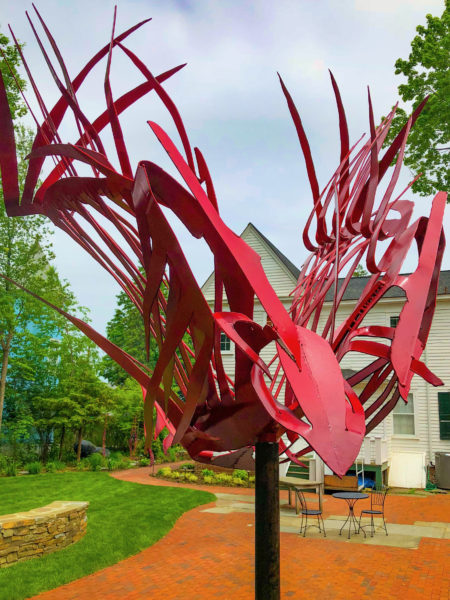 Caroline Berganzi sculpture located in the back corner of the garden.

Six sculptures curated by sculptor Eric David Laxman will be on view beginning in June, complete with self-guided audio information. Works by Mark Attlebury, Caroline Bergonzi, Gilbert Hawkins, and Howard Kalish will be featured.
Laxman has also designed a new frame for the Museum’s refashioned identity (there is a new brand and logo) and he created a sleek metal porch railing.

Summer programs in the garden

The redesigned backyard is a perfect setting for the Edward Hopper House summer evening programs. The 38th Summer of Jazz in the Garden program kicks off on July 12 and continues for the next six Thursdays, at 7:30p. The Films in the Garden program will feature three “Hopperesque” films curated by local artists. The series kicks off this year on Saturday, July 13, at 8p, with Point Blank and a short film and appearance by local filmmaker Charles Caster-Dudzick. The Coen brothers’ noir debut, Blood Simple., follows on July 28, with appearance and presentation by local artist and activist Bill Batson. Lastly, Harold and Maude will screen on Aug 17, alongside a performance by Amy Bezunartea of Kian Records/Main Street Beat.
The intergenerational Hop Into Art program will also continue over the summer. While usually indoors, the June workshop, inspired by Claudia Alvarez’s “Boy in a Room” exhibition, may allow families to use the garden while creating clay self portrait. 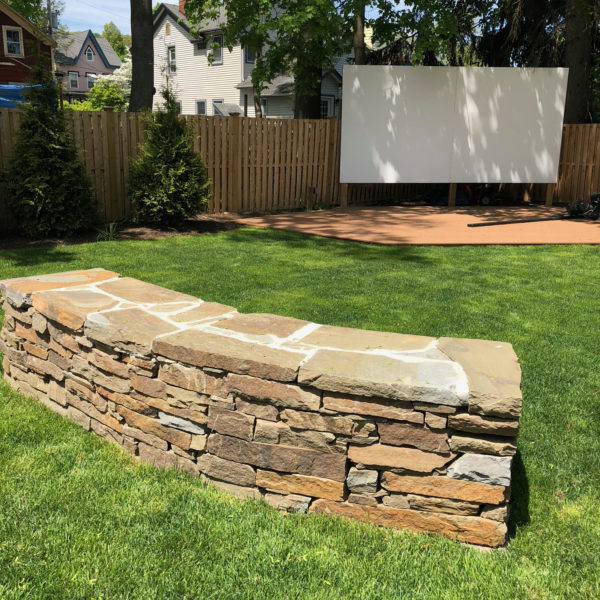 Stone bench and stage in the garden.

To show off the new garden, the museum will host a spring benefit featuring light fare, music by the John Malino Band and a silent auction. The opening also honors Victoria Hertz, Ken Carbone, and the Carbone Smolan Agency. Hertz formerly acted as Director of the Edward Hopper House, and was responsible for turning the house into a museum by securing the Sanborn-Hopper family archive. Ken Carbone is a designer, artist, musician, author, teacher and principal of the Carbone Smolan New York City-based design agency responsible for their work with the museum.
If that is not enough garden, landscaping, and arts for you, be sure to join in with the garden en plein air oil painting workshop on Edward Hopper’s birthday, July 22.
Photos by Mike Hays