S’now what? You deserve some fun this weekend after the fourth nor’easter this month. See the Save The Planet exhibits at RoCA, gamble at a Casino Night to support Nyack’s public schools, catch the new show at Antrim Playhouse or hear live music at Maureen’s, RCC and Garner Arts Center. 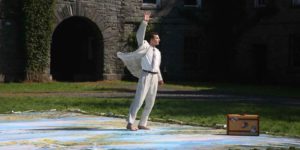