Jen Laird White retires from public office this month after serving eight years on the Nyack Village Board. A lot has changed in her six years as mayor and two years as trustee. Over the next few days, we’ll recap some of the accomplishments during her time in office. When you see her around the village (and you will !) make sure to give her a smile and a thank you! — Nyack Mayor Don Hammond

by Doug Foster
In the last eight years, we have been able to achieve so much, and perhaps no part of Nyack has benefited more than our waterfront. 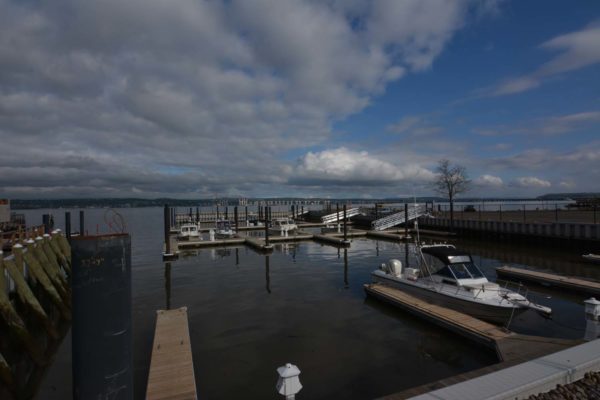 Reconnecting Nyack with the Hudson River has been a passion of mine, and we are well on our way to creating a true “Nyack on Hudson.”
Well before Jen and I joined the Village Board, Nyack purchased the marina as parkland. It was a great idea, but unfortunately was in disrepair, and the renovation cost was millions of dollars, way beyond the village’s resources. By 2010, it was on the verge of needing to be shut down.
As fate would have it, the marina was soon thereafter damaged by two hurricanes: Irene in 2011 and Sandy in 2012. Nyack was awarded FEMA money for both events, about a $1 million for Irene and more than $2.5 million dollars for Sandy. The village’s share of the projects was 12% for Irene and zero dollars for Sandy (although the village made certain investments above and beyond the FEMA scope during the renovation).
In addition to the marina repairs, Nyack was also awarded an $300,000 for damage to Memorial Park’s shoreline. Another exciting pending project is the pedestrian bridge connecting the marina with Memorial Park, thanks to a $150,000 grant. 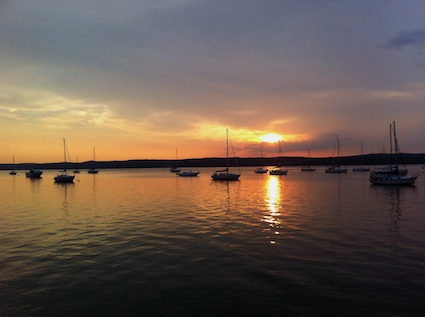 This money did not just materialize. It took an incredible amount of work to provide the documentation and stay on top of the federal and state authorities during this multi-year process. Without the persistence of Village Administrator Jim Politi, Nyack would never have received these funds which totaled more than $3.8 million.
We also have been able to do significant planning for our waterfront, including the 2015 Comprehensive Plan and 2017 Local Waterfront Revitalization Program (LWRP). ($280k more in grant money). We also passed a zoning text amendment to allow the village to require significant private investment for waterfront recreational uses.
Although the River Club sadly closed two years ago, we also were able to attract Bartaco as the new and exciting tenant for the waterfront restaurant. Due to substantial structural issues in the building, it is taking longer than desired, but the owners expect to be up and running before the end of next year’s season.

Doug Foster served as a Village of Nyack Trustee from 2010-2017 and acted as lead on the marina restoration.

8 Years of Nyack series on Nyack News And Views