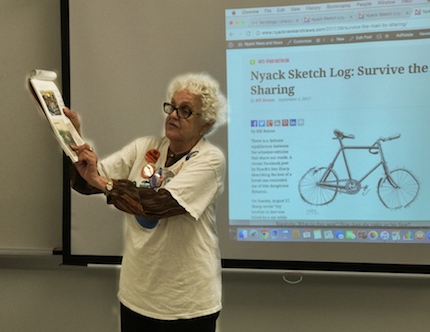 by Bill Batson
After six years and over 300 Nyack Sketch Log entries, I am constantly reminded that there are too many stories and not enough story tellers. This fall, I began addressing that imbalance by teaching a sketch logging class at the Learning Collaborative at the New City Jewish Community Center. I am planning on teaching a similar class in 2018 at the Nyack Center. Today’s column was written by one of my students, Dana Asher.  Starting on Sunday for 15 weeks, we will publish an installment by one of my students in a series the class entitled Words & Images. 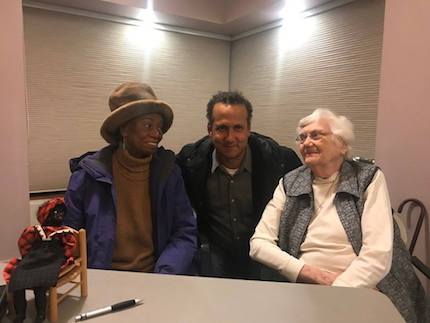 My Sketch Logging class was inspired by my work with first time author June Sundvick, who published Life on Old Mill Road in her 88th years of living. I was June’s editor. When I met June for the first time four years ago, I was with my father, who was in his early 90s. He was beginning to succumb to the irreversible march of Alzheimer’s.
Unlike June’s crisp mental faculties, that allowed her to chronicle the lives her neighbors on Old Mill Road, everything my father had witnessed and learned from life was locked away behind a door with no key. His mental hard drive held the sum of his experiences, the fascinating details of growing up black during the depression; serving in an all black army unit in Europe during World War II; being a proud union member; courting my mother, Daisy, in Paterson, NJ; adopting me; but his motherboard had been fried.  All his data was lost. 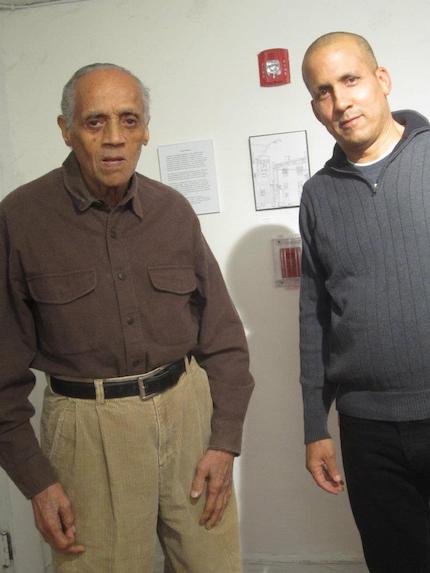 There is no time to waste to support the efforts of everyone downloading and backing up the content on our fragile gray-matter computer. When we fail to support the storytelling of our elders, or even to solicit it, we are throwing away our collective hard drive.
I had 16 students in my class at the Learning Collaborative. Each person’s story, bar none, was compelling, unique, poignant and significant. Many brought tears, some confronted political issue, many people revealed that they were objects of intolerance, one student found he had an ancient relative who was epically intolerant, one story introduced us to a member of an early pop-art collective who may have invented the selfie.
Each Sunday for the next 15 week, Words & Images will tell a story you have never heard before. If you are inspired, send in your own short essay or personal stories told in words and images for consideration. I’ll get back to you personally to find a way to share the spark of your life.
And the first flame to light the fire of this storytelling bonfire today is retired speech pathologist Dana Asher. Sit back and be warmed. 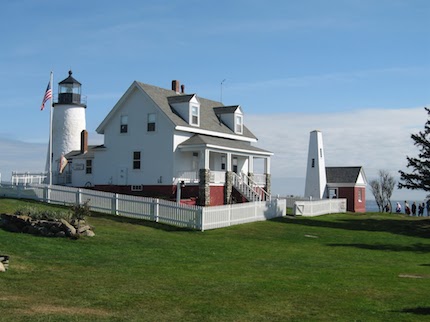 by Dana Asher
Recently, I returned to Boothbay Harbor, Maine and to Pemaquid Point Light. My husband Mike and I visited for the first time in 1977. A wave of nostalgia for the vacation spot suddenly came over me like goose bumps. I gave in to the feeling, summoned a friend and secured an Airbnb. As we approached the lighthouse, it seemed like nothing had changed in thirty-six years. 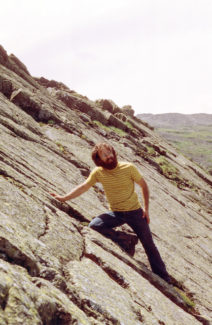 I inhaled a lungful of air that was ocean, gulls and fish. My mouth tasted briny. The cluster of buildings including the lighthouse was still pristine, solid and strong rising up from shelves of granite, overlooking the excitable waves below. A perfect setting for a postcard, of which there were scores in every gift shop. Standing on the rocks I took in the brilliant October sky, lashing waters and chalk white buildings. My eyes welled with a memory of me at twenty-five with Mike in this place.
At that time, I was a sheltered girl from the Bronx, unaccustomed to the large expanses of rugged rock. The ceaseless ocean made the Long Island Sound, my only reference, seem like a wading pool. I stood in one safe place while Mike, stocky but agile, scampered on the rocks, shooting everything in sight with his Nikkormat. The layers of rock were child’s play to someone who climbed the Presidentials as well as the Grand Tetons. The first time I met him, Mike sported a mountaineering rope over one shoulder, having just come from REI for supplies. His receding hairline was offset by a thick mustache and beard which he would smooth with two fingers when thinking. The pale blue eyes behind his John Lennon frames assessed his surroundings, including me, carefully but with enthusiasm. 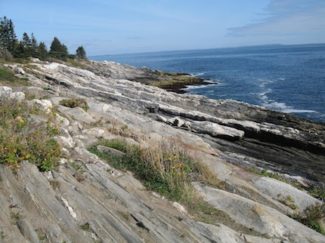 At Pemaquid Point, ME

I wondered if I caused his nervous giggle. It seemed to me, the unformed twenty-year-old me, that this man’s solid boots and biceps tight in his sleeves could always protect me. Pemaquid Point captured a moment of our early years; he, moving freely, I, feeling anchored, out of my element.
On my recent visit,  I was the one holding the camera, examining the vistas, framing the photos. Mike was gone; I was alone. I tried hard to stay present, not let the past infringe on the beauty of the moment. But how had everything remained the same, or as I remembered it, while I had changed so significantly?  I walked around to the other side of the keeper’s house. There were men 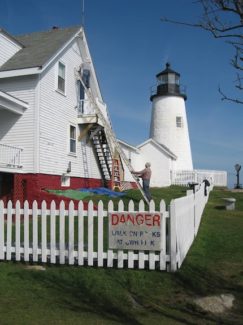 at work, ladders and paint cans with tarps beneath them.  The men’s jackets looked like they were thrown upon the picket fence in a rush to start the long day. Everything was peeling. Even the danger sign was worn. The sea had defaced the structures; people struggled to restore them.
This was where I found my truth; that time and nature leave their mark. On everything, including me.
And there was beauty in that. 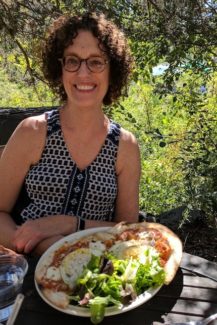 Dana Asher is passionate about dim sum, live jazz, dancing and mystery novels. If given the choice, she would always prefer intimate conversation over an exotic destination. Her greatest joy is her two wonderful kids.
Words and Images is a column that features the work of students from Bill Batson’s sketch logging class at the Learning Collaborative.
Thanks to Editorial Assistance Bonnie Timm.