This Week In The Villages: No, you won’t be seeing things. The area around Veterans Park will look like a Dickens holiday festival as Lifetime TV films a movie this week. Also, there’s some Big Shift going down on Friday night down by the river when the east/southbound lanes move from the 1955 Tappan Zee Bridge to the 2017 Governor Mario M. Cuomo Bridge. Lights, Cameras, Parking: Lifetime TV comes to town Tues-Friday to film the psychological thriller, You, based on Caroline Kepnes’s novel of the same name. No streets will closed for the filming, but Veterans Park and an adjacent parking lot will be used for the shoot. The lot behind Veterans Park will be staged with booths and tents for a scene in the film, to make it look like a Dickens holiday festival. O’Malley’s on Main Street will also be used for the shoot. And The Nyack Pour House, which is not currently open, will be used to store equipment. Crews will set up on Tues and shoot Wed-Thurs. The set will be packed up and hauled away on Friday.
Parking: There will be no parking on Cedar St adjacent to Veterans Park during the shoot on Wed-Thurs. This may also impact some spots on Main St. During the shoot the handicap spots in the lot adjacent to Veterans Park will be relocated.
Nyack Middle School Stomp Out Bullying Day: On Mon Oct 2, Nyack Middle School will hold a Stomp Out Bullying Day. Students, staff and administrators will leave school grounds at 1p to walk in solidarity against bullying. Students will be asked to sign an anti bullying pledge in homeroom. Planned student activities include writing a reflection paper on bullying prevention, designing posters with anti bullying messages and discussing the New York State Dignity for All Students Act (DASA). 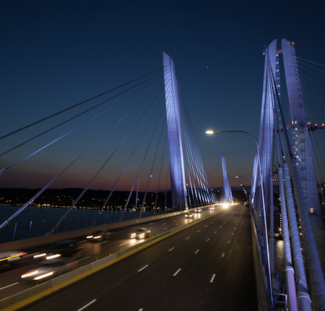 The Big Shift, Part II : This is the last week you’ll get to drive in the right lane of the old Tappan Zee Bridge and wonder if you should be driving to the right or the left of that gap in the roadway. Beginning on Fri night Oct 6, east and southbound traffic going into Westchester will shift to the north span of the new Mario M. Cuomo Bridge . The Big Shift starts at 9p on Friday when eastbound motorists will see multiple lane and ramp closures. At 10p, there will be a traffic stop for up to 20 minutes, impacting all eastbound lanes. These operations will NOT impact the four Rockland-bound lanes.
What’s next? After the eastbound transition is completed, Tappan Zee Constructors will begin to demolish the landings of the old bridge, which will permit completion of the southern span of the new bridge.

Here are the municipal events in Upper, South and the Village of Nyack for the week of 10/2.