Nyacker Scott Guinn Logs his Travels Across America Via Van 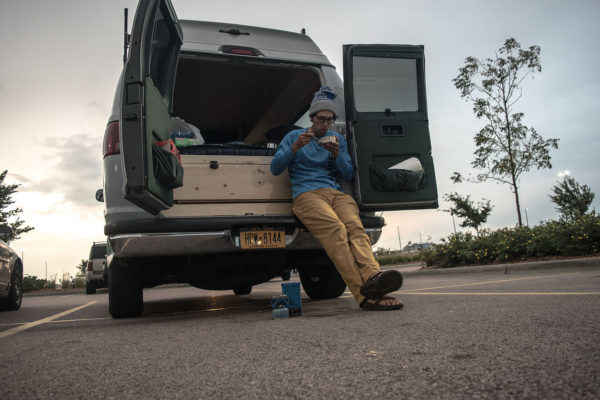 by Scott Guinn
You won’t find someday on the calendar. You will find next week, next year. But for some reason, someday, just isn’t there. Even so, people are always planning things for someday. Someday I’ll write that letter. Someday I’ll go to Alaska. Someday I’ll own a food truck and sell crêpes all across the country. Whenever someday does arrive, it’s going to be freaking awesome. I had planned to travel across the country, someday. This September that someday came. Here’s my log of Week 1 on the road.

Alone I pull off the side of the road and reach for my camera. The sun is just beginning to rise. The air is crisp and salty. A big horned sheep grazes beside the road, utterly unconcerned with the passing of time. I’m nearing the 24 hour mark of driving since I left New York and my legs are anxious to get moving. I pull out the atlas. 600 miles to go. I take a deep sigh as I reach for another fistful of Apple Jacks.

The looming tower of pillared rock is taunting me. I dare you, it seems to say. Crowds shuffle around the park trail, leering up at the climbers on the wall. Not today, I tell myself. But I’ll be back. In the parking lot I pull out my guide book for the Teton Range and sit on a tree stump to study up. Right now I’ve got bigger fish to fry. 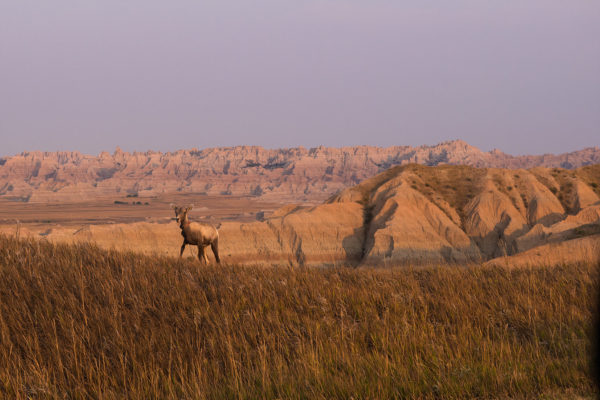 My headlights barely illuminate the road before me as I barrel down Highway 191 towards Moose. That’s the name of a town, apparently. Every mile it seems there’s another warning sign that reads “Beware: Bison on Roadway.” The darkness outside is all-consuming, yet I can’t shake the feeling that I’m being watched. I take a peek down at my phone for directions.  His message reads, “I think the north entrance of the road might be rough, so probably just drive south and come up Antelope Flats. Watch out for bison.” I have no idea where I’m going nor any concept of what lies beyond the weak glow of my headlights. Nevertheless, I drive on through the night.

I awake to knocking on the van door. Immediately I jump to my feet, careful not to hit my head on the van ceiling. I pop the door and there he is, standing in slacks, a dress shirt and a tie, covered with a puffy golden down jacket, scooping oatmeal out of an orange bowl. “You made it!” he says, sounding surprised. With a big smile I shake his hand. Adam, an old climbing buddy of mine that I haven’t seen since college, is clearly eager to have another aspiring dirtbag in the region.
“Have you seen them yet?” he asks.
“Not yet,” I respond. I quickly pull on a jacket over my tired clothing and step out into the muddy road. Holy shit. There they are, towering above the valley.
“It’s a lot bigger than it looks,” he says, referring to the Grand.
“It looks pretty big to me,” I think out loud.

Three of us huddled in a two man tent. The wind cuts through the thin nylon as if there was nothing there at all. Shivering, fully clothed with muddy boots still on, trying to avoid the splashing rain bouncing up from beneath the rainfly. We’ve just made a hasty retreat from a summit attempt that was prematurely interrupted by rain and lightning. Our bodies are wrecked from yesterday’s approach. Hobie and Sara, my two companions, flew in from New York only a day ago. I’m not sure we knew what we were getting ourselves into. I shift the gear on my harness, which I’m too tired to take off, and close my eyes in another vain attempt at sleep. 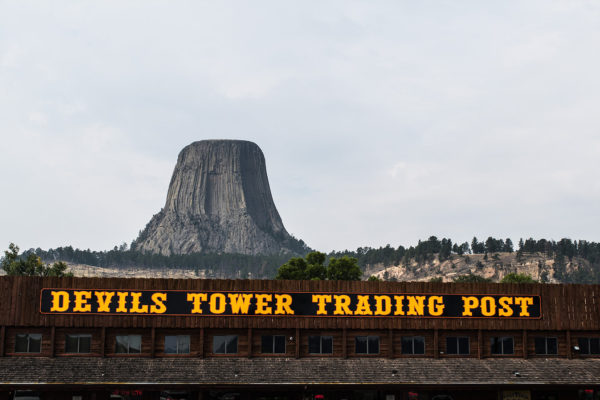 Three of us in the van built for one. Our shit is everywhere. Firewood, leaky water jugs, wet tent, muddy boots, climbing gear scattered throughout. It’s impossible to distinguish between the rain falling outside and the misty haze that surrounds our campsite. The van’s tires are dug into the rutted dirt roads and frankly I’m not quite certain she’ll be able to make it out the way we came. The forecast is dismal: more rain this afternoon and snow tonight. Also, we’re starving.

Sierra Nevada Pale Ale and Chocolate Chip Pancakes – Breakfast of Champions. The smell of Aunt Jemima’s “Complete” Pancake Mix (no eggs necessary) wafts through the van only to quickly be replaced by the bone-chilling breeze. Another sip of ale and the chill is gone. When the pancake reaches the perfect golden tint, I lift it out of the pan and into the bowl. We don’t have a plate, so the three of us pass around a small bowl filled with maple syrup.

Scott Guinn is a Nyack High School and College of William & Mary graduate.