There’s a growing world-wide movement to shift financial investments away from fossil fuel mega corporations and into clean energy enterprises. When people shake the petroleum out of their 401Ks, it’s a statement of solidarity and an argument for a cleaner future. When a municipality, state, or nation does it, it’s a full-on public policy statement that renewable energy is the future . . . or there won’t be much future to argue about.

There’s a “Fossil Fuel Divestment Act” bill in the New York State Assembly (A3712) and Senate (S4596), nicknamed Divest NY, that will direct the State Comptroller to divest the $186 billion New York State Common Retirement Fund of the $5.33 billion it has invested in the largest 200 coal, oil, and gas companies. Together, these businesses represent a significant percentage of the entire global market.

How can you help Divest NY? And how does fossil fuel divestment help fight climate change? The Rockland Sierra Club and 350NJRockland invited lawyer and long-time anti-poverty, food justice, and peace advocate Mark Dunlea to address these questions at their joint monthly meeting at the Nanuet Library this week. In a conversation with Earth Matters afterward, Dunlea dove into the deeper points of this clean energy-boosting strategy. 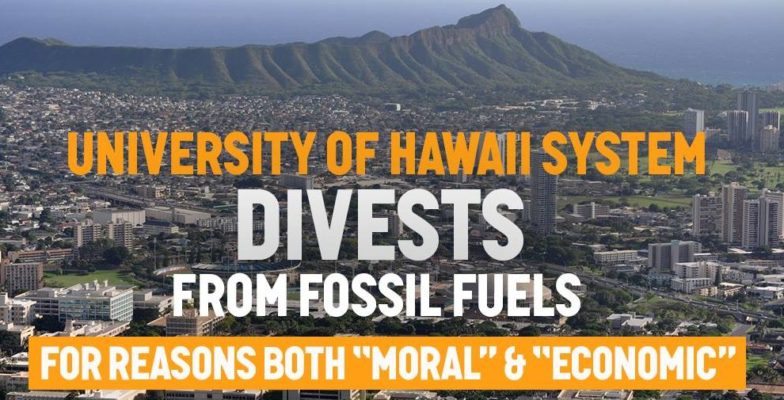 Aloha, divestment! University of Hawai, with 57,000 studentsi voted to divest from fossil fuels in 2015. Image courtesy @FossilFree via Facebook

Divestment: a strategy is born, and reborn

There’s nothing new about financial divestment as a way to drive social change. In the mid-1980s, a college divestment movement aimed to pull the financial rug out from under the apartheid regime in South Africa. The campaign was successful enough to get apartheid opponent Nelson Mandela freed from prison, and to spark a peaceful change of government that finally elevated its “colored” inhabitants to full citizenship.

Fossil fuel divestment likewise took off, in 2012, as another campus movement to rid college endowments of coal and petroleum investments. And, like South African divestment, it has spread beyond the campus to nonprofit advocacy groups around the globe. To date, it has diverted about $5 trillion from the world’s largest coal, oil, and gas companies.

Cities, towns, churches and universities, the entire nation of Norway—more than 700 entities here and abroad—have pledged to divest of coal or fossil fuels altogether. Environmental advocates are now bringing the movement home to New York State, working hard to get the Divest NY bill through the legislature and signed into law. 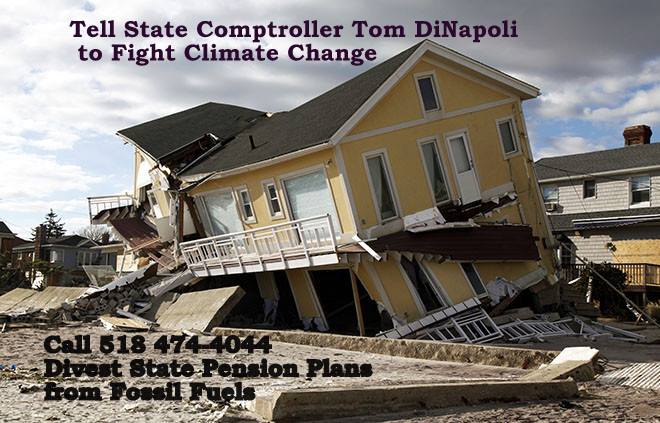 Studies cited by clean energy advocates conclude that about 80% of the earth’s fossil fuel reserves must be kept in the ground forever, starting now. That’s the only way, they say, to avert a climate catastrophe that would render much of the planet uninhabitable. These advocates see divestment as an important tool in their kit. The goal, according to Mark Dunlea, Chair of the the Green Energy Legal Fund, Inc., is to to make fossil fuel extraction expensive and obsolete.

Dunlea, also a co-founder of NYPIRG and a long time leader with the New York City chapter of 350.org, welcomes arguments, like this one from NY State Comptroller Tom DiNapoli: “We hear you, we’re with you on climate change, but we think that shareholder advocacy will be more effective.”

But our veteran activist is ready with a reality check. “Do you think you’re going to get 50.1%of Exxon’s shareholders to agree to keep 80% of their fuel reserves in the ground? I don’t think so.”

Federal regulations don’t favor activist shareholders either. “These resolutions aren’t binding,” said Dunlea, “and, in fact, the Securities and Exchange Commission prohibits shareholder resolutions that deal with the core area of a company’s business.”

If Divest NY doubters worry about the state’s huge pension fund losing value, the bill’s fail-safe provisions allay those concerns: Divestment is spread over five years to prevent big lump-sum transactions from affecting stock prices; and if divestment directly causes the fund to lose more than 0.5% of its value, the state can bail out. But Mark Dunlea doesn’t worry much about this. “Our group hired an investment firm to calculate the outcome if the State Comptroller had gone ahead with fossil fuel divestment on his own a few years ago, when we started this campaign. They determined that the pension fund would be about $5 billion ahead right now.”

“Our campaign may not cripple Exxon, or other petroleum giants, but it sends a very clear message; and it will eventually make raising capital more costly,” Dunlea added.

Divestors appear to be on the right side of history, as market forces—like the demand for hybrid or electric cars—push economies away from fossil fuels. Even OPEC super-heavyweight Saudi Arabia is betting billions on renewable energy.

Under a petroleum-friendly president, holding the line against fossil fuels has become a job for municipalities and states. It won’t be easy, even in “clean-energy” New York. Governor Andrew Cuomo has set a relatively ambitious Clean Energy Standard of meeting 50% of the state’s energy needs with renewables by 2030. But Dunlea sees the governor as being “ambivalent” on the issue. “We must step into the breech, and the people have to push,” he said.

The Divest NY bill is in committee in both houses right now. It needs to be brought to the floor for a vote. About half the senate’s democrats are on board but they are currently joined by no republicans. Gov. Cuomo has not yet expressed an opinion about the bill.

What can you do to push Divest NY along? The campaign’s leaders want voters to let their local legislators, Comptroller DiNapoli, and Governor Cuomo know how they feel about the bill and the state’s commitment to clean energy goals.

Recent weather events, the worst in US history, including the hurricanes in Texas as well as forest fires raging out west, clearly indicate that we must take aggressive action to fight climate change. As a member of the Assembly Environmental Conservation Committee, I applaud Governor Cuomo for acting when Washington will not and helping to launch the U.S. Climate Alliance. The Fossil Fuel Divestment Act (A3712) that I co-sponsor is a significant step in New York taking the lead to fight climate change by divesting the state’s largest pension investment, more than $1 billion, in fossil fuel. I will be reaching out to State Comptroller DiNapoli, supporting his opposition to fossil fuel and requesting that he support this legislation. In addition, I will work to ensure that it passes the Assembly this year and is signed into law by the Governor.”

Sen. David Carlucci (D-38), is a co-sponsor of the Fossil Fuel Divestment Act (S 4596) in the NY State Senate. His spokesman told Earth Matters that Carlucci remains fully in support of this legislation. 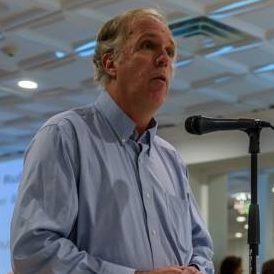