Hardly a day goes by without someone asserting, passionately, that “words matter.” Earlier this month, an environmental advocacy organization obtained a clutch of internal emails from the the U.S. Department of Agriculture [USDA] that show how much words matter to the Trump administration when it comes to climate science.

These USDA emails from the early weeks of the new administration were obtained—not without a struggle—by the Center for Biological Diversity in response to a Freedom of Information Act request. They show that USDA staffers were being directed to avoid the term “climate change” in their public communications. Here is an excerpt from an internal email written by an official of the USDA NRCS [National Resources Conservation Service], to NRCS staff:

Sent: Thursday, February 16, 2017
Subject: RE: Correct terminology
Hi Everyone:
We had promised some further guidance as we navigate the transition. The SHD [Soil Health Division] leadership team compiled a list of what to avoid, and what to replace it with, as well as concepts/messages that will be neutral or positively seen, so that you all can integrate into/edit presentations as necessary—see below.
Avoid —> use instead
Climate Change —> Weather Extremes
Climate Change Adaptation —> Resilience to Weather Extremes/Intense Weather Events: Drought, Heavy Rain, Spring Ponding
Reduce Greenhouse Gases —> Build Soil Organic Matter, increase nutrient use efficiency
Sequester Carbon —> Build Soil Organic Matter

If you think that climate change is on the chopping block because of its liberal-progressive, anti-fossil fuel, tree-hugging origins, it’s time for a little history lesson.

Scientists have been thinking about the warming of the earth’s atmosphere since the 19th century. But in 1958, when researcher David Keeling came up with a way to measure carbon dioxide (CO2) in the atmosphere, the linked upward trend of atmospheric CO2 (the Keeling Curve) could be tracked alongside rising temperatures. 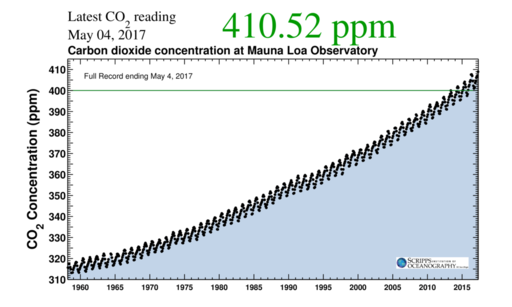 By the late 1980s, the term “global warming,” with ominous future outcomes like coastal flooding and extreme weather, was making headlines. The culprit? Science singled out fossil fuel combustion, which created greenhouse gases like CO2 and methane. All this was scary enough for regular folks, but for the fossil fuel industry, which had tied its fortunes to the Republican Party, it was a nightmare.

In the mid 1990s, a media spinmeister named Frank Luntz, who worked on Newt Gingrich’s 1994 “Contract with America,” suggested that Republicans avoid the term “global warming,” which he felt was too frightening, in favor of the term “climate change” (or “climatic change”), which had first been used in a landmark 1975 paper by Wallace Broecker, a scientist at Columbia University’s Lamont-Doherty Earth Observatory. In 2003, the George W. Bush administration followed Luntz’s advice, eschewing global warming and favoring climate change.

The dire warnings about global warming from the 1980s are just as alarming no matter the name they’re given, especially with the results (floods, extended droughts, and supersize storms) in the news regularly. Climate change has ceased to be the euphemism that Republican media wranglers of the ‘90s intended it to be. 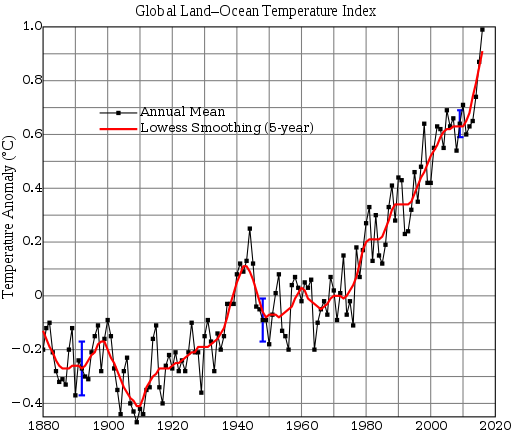 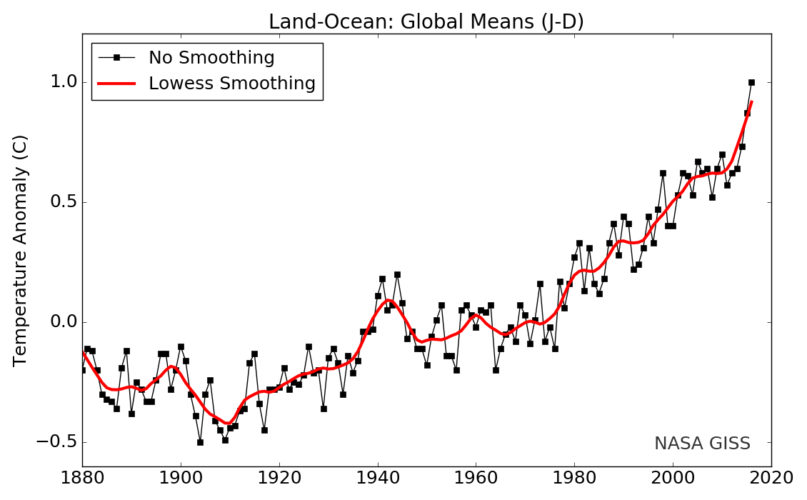 For a closer look at the terminology of man-made global warming, Earth Matters called on the Lamont-Doherty Earth Observatory’s Deputy Director Arthur Lerner-Lam, who reflected on the name game in a recent phone conversation from his office at the Palisades, N.Y. research facility.

EM: Dr. Lerner-Lam, what’s the difference between “global warming,” “climate change,” and any of the other terms that politicians throw around?

AL-L: From the standpoint of doing basic science, and trying to understand the earth’s climate system, it doesn’t make a difference. These describe aspects of the same phenomenon.

There’s no question that there is global warming—the evidence is incontrovertible. And there’s no question—at least among credible scientific organizations and researchers—that the warming is due to the burning of fossil fuels.

Some people, particularly when arguing in a short term political context, talk about climate variation. To them, it may be the same as talking about the weather from day to day. But it’s not the same thing. What is really happening in atmospherics, from a climate science point of view, is global warming, on top of which is climate variability.

EM: So maybe we shouldn’t get our knickers in a twist over the terminology that one administration or another decides to plug in to please their political allies.

AL-L: In terms of describing this in a political context to the public, there is some rationale behind talking about climate variability instead of just global warming.

First, there is global warming, the basic greenhouse effect. Next, there is climate variability—not just from place to place, but across time as well, and how much the climate swings up and down. And third is weather, which is short term, day-to-day changes that everyone talks about. But how much of weather can you attribute to the first two factors? How much of our day-to-day experience with the earth is due to the fact that we’ve been pumping the air full of greenhouse gases (among other things)?

Depending on the political atmosphere in Washington, funding will swing toward basic climate science, or toward weather. But as a matter of function, we’re all trying to study the same thing: What are the atmosphere and oceans doing as a consequence of what man is doing to them? 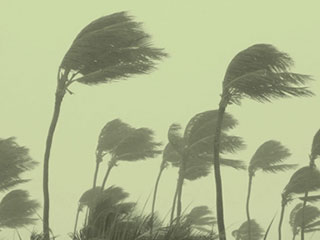 EM: How does climate science relate to these these pendulum swings in political discourse?

AL-L: Climate science is both mature and evolving. There’s less uncertainty, and we’ve really begun to understand what is happening with combined air and ocean systems in response to the greenhouse gases we are pumping into them. There is progress. And that is divorced from political debates.

But one of the major disappointments from the scientific point of view in the last 25 years or so—since the “Contract with America”—is how politicized this question has become. Science itself is pure: we’re getting results, we’re beginning to understand the climate system. So we are doing science despite what’s happening.

For example, we can now quantify the different ways that climate is changing. We know that the climate is changing much, much faster now than it has any time in the last several geological periods (millions and millions of years) which is why we do a lot of work in paleo-climate research. There can be only one explanation for this rate of change: humans burning fossil fuels.

EM: Well, should scientists just stay out of the public arena, and let others argue about terminology and semantics?

AL-L: In terms of terminology, I’d like to say it’s irrelevant, but we still have to have a political discourse in this country. We still have to make political arguments and make evidence-based policy. That’s still a legitimate concern.

So while there might be a political decision to use one term or the other, science goes on. Science knits it all together. Even when the terminology changes in a political discussion, that does not mean that science is backing off from the conclusion that the globe is warming and that the climate is changing. 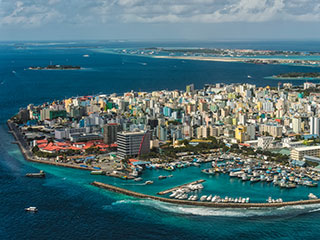 EM: How do you keep a steady outlook in the face of the political shifts that these terminology changes reflect?

I’ve seen Vice President Al Gore talking about his latest documentary “An Inconvenient Sequel: Truth to Power,” and the point that he and many of us are making when we enter into the fraught territory of policy is that many positive things are happening among local and state governments–and with international agreements, and in the private sector for that matter.

In fact, what we are seeing now is the emergence of climate solutions, some of them regulated and some simply responses to the situation. Private sector solutions reflect the belief that good management must be sustainable management in the context of climate variability. So there are forces at work beyond the science and beyond our present government. There are forces at work beyond those that would try to minimize the climate issue. Those of us who remain optimists recognize the science, recognize the options available, and are going to pursue implementation regardless of what our president says. That doesn’t mean I’m not worried, but let’s just say I think that the forces of scientific truth and rational judgment are going to prevail. 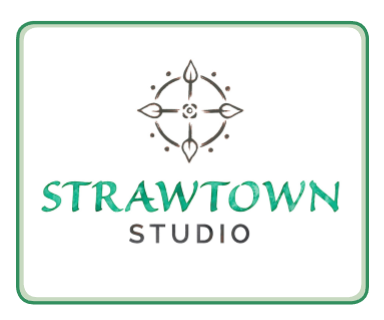