by Joe Rand
You’ve probably heard something about about the recent dispute between the Rockland County Executive Ed Day and the Rockland County Legislature about the funding of the so-called “224 non-profits” in the Rockland budget. You may have also heard something about another dispute between the executive and the legislature about the sale of the “Sain Building” in New City. Both disputes have generated dueling accusations, recriminations and proposals.
But you might have a lot of questions. What are the “224’s”?  Why don’t people want to fund them?  And what do they have to do with the sale of a building?
Here’s an Explainer:
So what are the 224’s? They’re a collection of Rockland non-profits, including many important ones in Nyack: Elmwood Community Playhouse, Friends of the Nyacks, Hopper House, NAACP Nyack, Rivertown Films, and Rockland YMCA. Plus another 20 or so based outside of Nyack that mostly do really great work for the community, including Keep Rockland Beautiful, the Rockland Historical Society, the Legal Aid Society, and others. 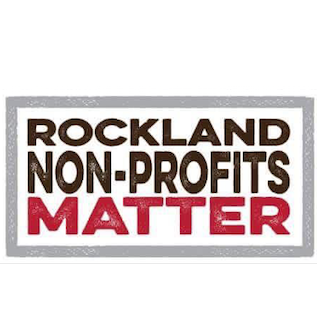 Why are they called 224’s? That’s just the section of the county code that governs their funding. The key point is that unlike many other non-profits (like People to People, United Hospice, Nyack Center, and others) that do contract work for the County, their funding comes down to separate yearly appropriations in the budget. That makes them more vulnerable to cuts, which is what happened this year.
Why don’t people want to fund them? They do! Everyone wants to fund them! County Executive Ed Day wants to fund them! The Republican legislators want to fund them! The Democratic legislators want to fund them! Everyone! It’s almost a non-denominational holiday miracle of bipartisan unity!
So why aren’t they getting funded? Well, it’s complicated. We have two dueling plans to fund them. The Rockland County Legislature, mostly through Democratic votes, passed a resolution allocating about six months’ worth of 224 funding out of surplus funds from 2016 revenues. So they’re not getting the money from new taxes, and not increasing the deficit. Yay! 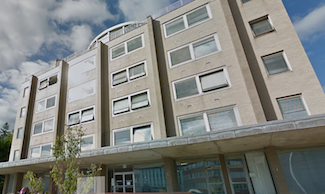 The Sain Building, located at 18 New Hempstead Road in New City, is owned by Rockland County.

What if I live in Nyack and don’t even know those people? Well, then your legislator is Harriett Cornell, and she’s already a “yes” vote. But maybe you reach out to her and urge her to push her Democratic colleagues to make a deal on the Sain building that would get Day’s agreement to fund the 224’s. Here’s her contact info:
District 10 (Nyack)
Harriet D. Cornell
CornellH@co.rockland.ny.us
(845) 638-5753
What do you think is going to happen? Honestly, I think that the 224’s get funded. Somehow. Maybe I’m a pie-eyed optimist, but I just don’t see how a political system could be so dysfunctional that procedural in-fighting and sniping could prevent two things from happening that everyone wants to happen.
And what does all of this have to do with the “bloc vote”? Absolutely nothing.
So why did I even ask about it? Because everyone assumes that if people are fighting about politics, then the “bloc” has to be involved somehow. But this is just a good old-fashioned political sideshow. So at least there’s that.

Joe Rand is a resident of Nyack, a principal at Better Homes and Gardens Real Estate| Rand Realty, and the administrator of the “We Love Nyack” Facebook group.