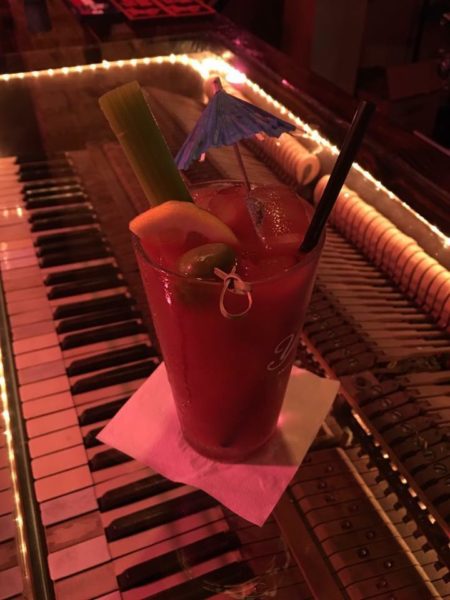 by Dan Cohen
What is a perfect room? Seriously. Picture your average venue—Terminal 5, Jones Beach Theatre, the Pour House. All perfectly fine, popular, yet distinctly imperfect. They make no pretense to perfection. Perfection is not their business. They are the Dilberts of venues, just doing their job, trying not to mess up. Now picture a perfect room for music, interpreting room broadly. Your perfect room might be Giants Stadium during a Springsteen concert, or the Beacon when the Allman Brothers are playing. Bemelman’s Bar at the Carlyle. Wigmore Hall in London.  Certain rooms seem not made so much as born, created to fulfill a destiny
Well, friends, Maureen’s Jazz Cellar, right here in Nyack, may be one of those rooms, where heaven and Earth and the space-time continuum all align and synchronize to create a venue with a certain inalienable magic. It may well be a perfect room.
Opened by Dave Budway and his wife Brianne over Labor Day weekend this year, the place was beset by problems right from the get-go—always a good sign! Upon its opening, Dave, an amazing pianist with a sweet tenor voice and a sort of bashful way of working a room, was engaged to play eight weeks at Bemelman’s Bar in New York, erstwhile home of Bobby Short and Barbara Carroll. The gig took him away for most of the opening weekends, leaving the Brianne to hold things together as the proverbial chief-cook-and-bottle washer. They were literally painting the walls as the doors first opened, she told me.
Done with Bemelman’s for the moment, Dave’s focus is now fully on Maureen’s, where you can hear not only his exceptional playing, but his talent for programming as well. Budway programs like a mad jazz scientist, testing different theories of what people might find interesting or entertaining. He loves having comedy rub up against jazz, and jazz to scratch the back of classical, and for classical to sidle up to the Grateful Dead, and for Deadheads to get all comical—and round and round it goes.
Speaking of round and round, he’s got Vinyl Mondays, where anyone can bring in their old (or new) records and play them with, and for, the people. Wednesday is Comedy Night, and then there’s Grateful Dead Thursdays, where Deadheads come together and create some fairly hellacious jams. 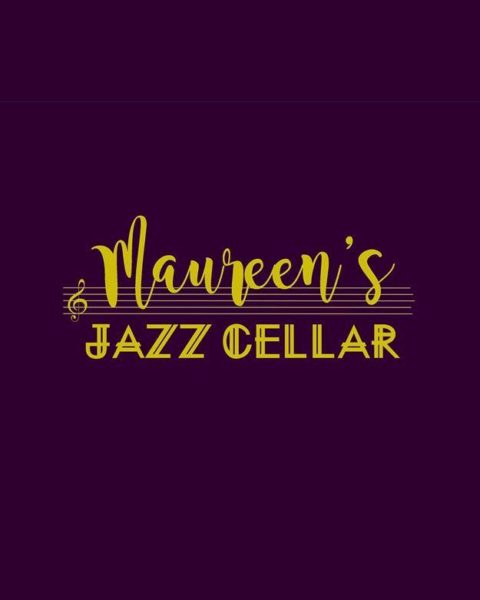 My personal favorite is open mic night, now happening on Tuesdays. Why is this open mic night different from all other open mic nights? Glad you asked. For a couple of reasons. First, it attracts a wildly divergent group of artists at any and every level of comfort and skill, often mixing and matching during the same performance—shy first-time singer-songwriters follow grizzled veterans of the folk wars, a guy with a saw fer cryin out loud! And then there’s a cello and trumpet duo that sang and played some of most hauntingly, gorgeous music I’ve heard in a long time. Girlfriend can sing! And the trumpeter played into an open piano, setting the strings vibrating and creating the faintest whisper of sound from the piano strings as his horn cut through her bluesy musings.
Dave’s at his best here. He’ll accompany anyone on anything—sight unseen, just give him a key or a note or a phrase or—gee-whiz, this is cheating—a lead sheet! And he does it with grace and style and humility, careful to not pull focus from the performer. Second, he pauses between performers. It seems so simple. He pauses. For perhaps ten minutes. Between performers. It seems like a small thing, but in practice it isn’t. It’s huge, in fact. And it makes this one of the most satisfying open mics I’ve ever been around. It’s not just a constant stream of performers from 8:00p to closing. It allows people to talk without live music playing, which is nice. And by allowing this talk time, it creates space for the music to be played without talking, which is remarkable, especially at an open mic. It’s out of respect for the performer, yes, but more so of the audience. It says to the audience: I appreciate your being here, I don’t want to tire your ears out.
Budway is on a sacred mission to give every performer the gift of an attentive audience. He ever so gently admonishes the crowd as he introduces each performer, never accusatory but something encouraging and eager like “I know that everybody is really excited to be here, and that you will all now kindly turn your attention to the stage and save your wonderful conversations for after our next performer. Please give it up for…” He says it with the kind of conviction borne of endless nights and years of benumbed playing before an indifferent ‘audience.’ This is One of the main hypotheses underlying my Maureen’s Jazz Cellar as Perfect Room Theory. Dave has a reverence not just for talented performers, but for a talented—which is to say, undistracted—audience. He knows and honors and cultivates and worships that rare and precious thing, the attentive audience. And that makes the audience feel special, feel chosen, feel, well, perfect, somehow.

A host of exceptional shows dot the calendar in the coming months, led by Bucky Pizzarelli, a truly legendary jazz guitarist that I used to go to hear regularly at Zinno’s, an old piano bar/restaurant ‘down the village’ in New York.
Bucky’s turning 90 this year, and he’ll be celebrating with a show at Maureen’s Sunday December 5 at 5p with his son John Pizzarelli, also an accomplished guitarist and talented singer. Should be a hot time

This Space Is A Special Place

Then there’s the room. The physical room. It’s a great room, in its complete ordinariness. I remember it as a leather shop at one time—full of wallets and belts and codpieces; it reeked of tung oil. They didn’t do much with the lighting. Now it feels rather small, which it is, of course. But the deep violet—or is it indigo?—walls add to the effect; you feel at times as if you’re inside of your own heart. It’s a womb, a birthing place for bonds and bands and fellowship. It’s so intimate it screams for a splash of color, provided by a great big brick column in the middle of the room which they’ve painted a bright gold. Nice. They need to light that column and give it a name.
The Cellar is a personal testament, and an idea Dave’s been brewing for quite some time. Budway’s first pianois displayed in glass under the bar like an artifact, a dinosaur bone. He grew up in Pittsburgh and played all the time with his sister Maureen. Both went to Duquesne University, both musicians, both passionate, talented, crazy. “She could sing anything,” Dave told me. “Classical, pop, jazz, Sinatra, blues, you name it.” When she passed away two years ago, she was Professor of Voice at Duquesne University. Maureen’s spirit presides over the place from her portrait on the wall to the right when you walk in. Serene, calm, surprising, fun, Maureen’s is both a world away and a perfect complement to the bawdy fare down Main Street. Keep your eyes open. She might wink as you shuffle out, and her smile might seem to say, “Isn’t this a perfect room?”
Dan Cohen is a songwriter, music producer, and freelance writer. His reviews and reporting have appeared in SF Weekly, High Country News, the legendary North Conway Mountain Ear, and elsewhere. He performs for kids as Danna Banana. He lives in Nyack.