by Win Perry
For most of the last two decades the Historical Society of the Nyacks has been blessed by the enthusiastic participation of James Hershberger on its Board of Directors. 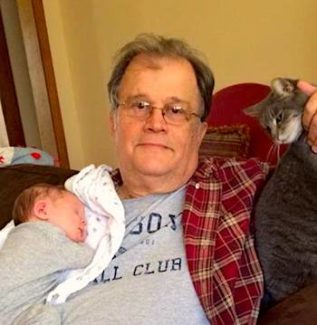 A man of many talents, Jim always stepped forward to do what was needed to help the organization run smoothly.  As a graphic artist he designed and managed the production of our publications, posters, email flyers and exhibit signage in a beautiful and effective manner.
He introduced the use of Beverley Bozarth Colgan’s watercolor of the Depew House as a background for many of our materials.  The website he created and continually improved for the Society is attractive, engaging and extensive.  It is innovative and has served as a model for other organizations.  As a computer whiz he organized and maintained our membership records and our bank of email addresses of members and friends.  He organized the diverse tasks involved in our house tours by charting the tasks of the many people involved.   Most of all he enriched our activities by his wise counsel and friendly good humor.
He would do almost anything for the Historical Society as long as it did not conflict with a New York Giants home football game.
Sadly, Jim died Friday morning of a heart attack with little advance warning and apparently no suffering.  He will be sorely missed as we try to carry on not only his work for the community but also his kind and helpful spirit.
Win Perry is the President of the Historical Society of the Nyacks.

Veteran James Edward Hershberger, Jr.
passed away in his sleep on Veteran’s Day.

Jim was born March 16, 1943 to James Edward and Caroline Hershberger. He spent his formative years in Mellon and Ashland, Wisconsin as well as Centralia, Washington. Jim received his BA from Northland College, where he met his wife Mary during their senior year in 1965. They married in 1966. Jim was drafted into the U.S. Army shortly thereafter, where he served three years and achieved the rank of first lieutenant. After earning an MBA from NYU Stern School of Business, Jim and Mary settled in Valley Cottage, New York in 1973 and raised their three children, Steven, Mark, and Amy. 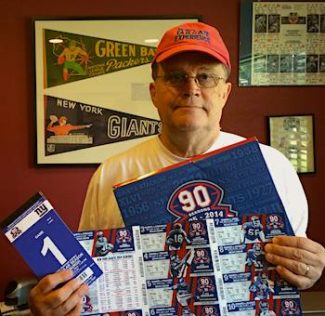 Jim worked for Citibank for 29 years, retiring in 2001 as a vice president of corporate finance. He kept busy in his retirement, traveling the world with Mary, developing a website business, and serving on the board of the Historical Society of the Nyacks. Many knew Jim as an avid football fan and tailgater; he held season tickets for the New York Giants since 1974 and remained a lifelong fan of the Green Bay Packers.
Jim is survived by his wife, his brother Jerry, three children, and three grandchildren.