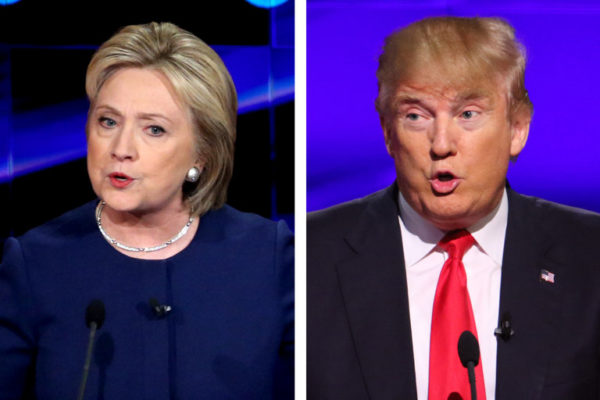 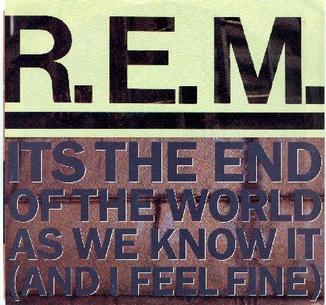 by Max Cea and Dave Zornow
Twenty-nine years ago, R.E.M. sang “It’s the end of the world as we know it, and I’m feeling fine.” But that was almost three decades before the 2016 presidential election.
Today is the day. It’s the end of this mad marathon through the depths of Mordor if not the American empire. Forecasts, though, don’t predict anything apocalyptic, just overcast skies and a bit of rain, which, you know, seems all too appropriate.
Anyway, enough about the weather. Here’s what you need to know to prevent the apocalypse — or just to have a say in the future of Nyack development.

If you’re unsure of where you should be voting, plug in your address at the Rockland County Board of Elections.

Election Day is today, Tuesday, Nov. 8, 2016. Polls open at 6a, and they will remain open until 9p in every county in New York state. That’s 15 hours. More than any other state in the country — which doesn’t quite make up for the state’s convoluted primary system, but it’s a nice start.

Last week Nyack News and Views wrapped up a three part series and deep dive into restoring Hudson River Ferry service to Nyack/Tarrytown and Nyack/Midtown. And apparently, we struck a chord. 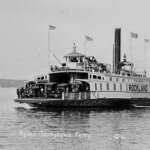 1921 photo of “The Rockland,” a ferry, on river between Nyack and Tarrytown. Source: LOC

In the next two days, an online petition was started. It was quickly followed by the launch of NyackNeedsAFerry.com, a one stop shop for ferry fans. The petition, which asks NYS Governor Andrew Cuomo to push the MTA to go All In on the ferry initiative, has about 350 signatures so far.
Nyack had regular ferry service for over a century, but when it last came up 20+ years ago it divided the community and was ultimately rejected. But a lot has changed since then: climate change, hybrid powered ferries, even more traffic and that dang new Tappan Zee Bridge sans mass transit. Also, the Internet, cell phones, Reality TV and The Kardashians.
While you are waiting in line to cast your vote, you can read our ferry series series (if it’s a long line) or skim the benefits at NyackNeedsAFerry.com.

If you like what you see, sign the petition and ask the Gov to give this idea a second look. Which isn’t the same thing as “Just Do It.” Let’s look before we leap — and try to avoid the mistakes Springfield made when with their Monorail system.

What Not to Do

Do NOT go to the polls repping your preferred candidate’s swag. New York state law prohibits electioneering within 100 ft of a polling place.
Also do NOT take a selfie with your filled-in ballot. New York state law also prohibits taking photos of completed ballots. (You could be fined $1,000.)

What You Should Do

What To Do The Day After The Election

Exhale. And try to laugh a little (Readers Digest always told us that Laughter Is The Best Medicine).

Yesterday, Rory Albanese, former Executive Producer for The Daily Show with Jon Stewart and The Nightly Show with Larry Wilmore, talked with Nyack News And Views about Trump, Hillary what it was like to work with Jon Stewart. Tomorrow, he does standup routine at Levity Live Nyack at the Palisades Center (Wed, Nov 9 at 7:30p).

Usually the Nyack Trustee and General Election is just a ceremonial endorsement of the September primary in this heavily Democratic village. But this year, it ain’t over until it’s…Election Day. 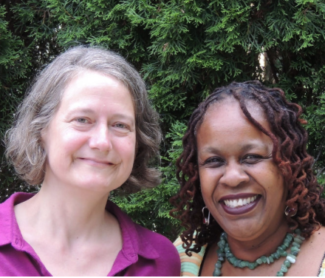 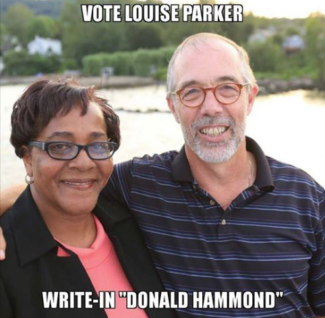 The top two finishers were eight term trustee Louise Parker (D) and newcomer Donna Lightfoot Cooper (D, Working Families) with a nearly identical vote count. Despite a 4th place finish, anti-development “Save The Nyack We Love” candidate Barbara Cohig did get elected to the Democratic Committee, a group which theoretically works to elect Democrats. However, Cohig remains in the race on the Working Families ticket and is trying to unseat fellow Democrat Louise Parker (is this why they say Democrats always hold their shooting squads in a circle?) Don Hammond’s friends haven’t given up the fight either, writing op-ed pieces encouraging voters to write-in the popular deputy mayor and long time community leader.
*Louise Parker, D
Donna Lightfoot Cooper, D-WF
Barbara Cohig, WF
Don Hammond (write-in candidate)
See also:

A big part of this campaign has been the tussle over TZ Vista, a Hudson River condo development which promises to bring millions of dollars of tax revenue to the Village of Nyack and the Nyack School district, which happens to be sited across the street from the home of the candidate most adamantly opposed to new development in the village. If you are new to all of this, here’s some light reading to catch up on what you have missed: