When the singer-songwriter/guitar player Jar Farrar left the alt-country band Uncle Tupelo in 1994, the remaining members formed Wilco. The most noticeable sonic differences between Uncle Tupelo’s last album, Anodyne (1993), and Wilco’s first album, A.M. (1995), were the absences — namely, Farrar’s voice and fiddles. Wilco was, from the jump, Jeff Tweedy’s band, and that band was more rock than country. But while A.M. clearly was the work of a new band, listening back, it sounds like an in-between album: no longer Uncle Tupelo and not yet Wilco. Many of Wilco’s current members hadn’t yet joined, and, in my opinion, it wasn’t until their 1999 EP Summerteeth that the band honed its sound. Whatever you want to call that sound — “alt-rock,” “folk rock,” “dad rock” — in the time since, Wilco has perfected it. They’ve released 10 albums since 1999, each somewhere between good and great. 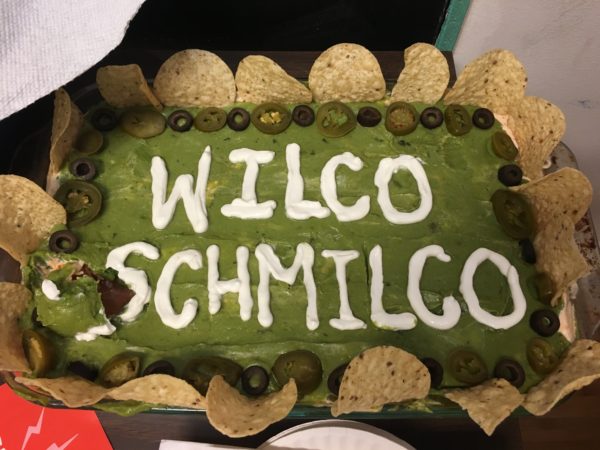 Recently, it’s been more of the former. The release of a Wilco album has come to feel like the release of a new Woody Allen film: smart, familiar, and, once every year or two, due. There’s nothing wrong with consistency; there are plenty of people — myself included — who appreciate the ‘just good’ Wilco albums. But, in the current music landscape, non-Adele artists make their money off of piquing fans’ enthusiasm (touring, exclusive first listens and pre-sales), and every album must be an event.
So, how does a band of guitar-playing middle aged white men drum up excitement?
Last summer, Wilco surprise-released Star Wars, a cheeky 11-song album, which they made free to download. It was a fine album, but, in the moment at least, it felt like the strategy backfired. There wasn’t a lot of media buzz.
This year, they’ve gone another route. Their new album, Schmilco, is due out tomorrow, September 9th. Two nights ago, on the 6th, record stores throughout the country held Schmilco pre-release listening parties (a similar sort of event to what Radiohead did on Record Store day this past June). Each participating store played a message from Jeff Tweedy followed by a couple spins of the vinyl, and gave out some Schmilco-themed prizes (electric shock chewing gum, a Schmilco slipmat, and a vinyl copy of Schmilco).
One of these listening parties was held at Nyack’s Kiam Record Shop. I was one of about fifteen people who attended, so suffice it to say this was not a Kanye fashion show/album release at MSG, or Frank Ocean dropping, in consecutive days, a video-album and an album-album. Comparatively, it felt small. But it was that smallness that felt refreshing and special. A handful of fans wandered in and out of the store, ate some Schmilco-decorated bean dip, maybe drank a beer. 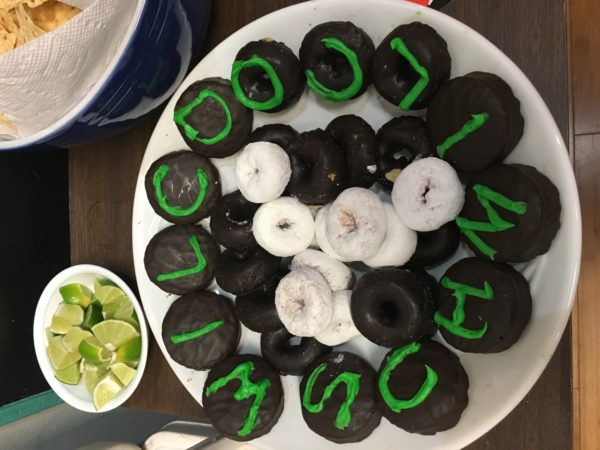 Wandering around the store, chatting and flipping through the bins, while the new record played didn’t lend itself to a deep listen. But ultimately I appreciated that; it made the release feel devoid of the pretension that is at the heart of so many event releases — including Star Wars. Whereas surprise releases from pop superstars demand that the world stops what it’s doing and feverishly consume a bit of zeitgeist content, this felt optional, more community-building than art house experimentation. Jeff Tweedy is among the best songwriters in the world, but listening to Schmilco in the small, festive setting shifted the first-listen focus from lyrics to texture, from text to setting. It encouraged listeners to digest the album casually.
It also encouraged fans to purchase a physical record. In Jeff Tweedy’s intro video he said that he wanted to give everyone the opportunity to hear how great the album sounds on vinyl. Truth be told, I’m not sure I was able to hear the difference that the vinyl made. I was able to feel it though: Listening felt slow, uninterrupted by pings, and social. Not revolutionary, but maybe a little schmevolutionary.