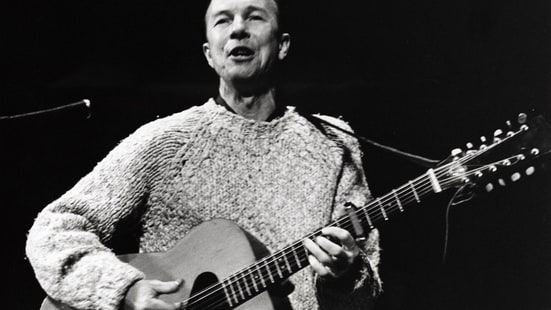 Fred Hellerman, of the Weavers

by Steven P. Marsh
Fred Hellerman, the sole surviving member of the famous 1950s folk quartet the Weavers, until his death on Sept. 1 at the age of 89, wanted to be more than just a folkie, his son, Caleb Hellerman told The Washington Post.
The quartet – which Hellerman founded with Pete Seeger, Ronnie Gilbert, and Lee Hays — was immensely popular for its vocal harmonies and faux naïve guitar-and-banjo versions of songs like Lead Belly’s “Goodnight, Irene,” other now-standard folk songs including “On Top of Old Smoky” and “The Hammer Song.”
Hellerman, the son of a poor immigrant couple, taught himself to play the guitar while serving in the Coast Guard during World War II and never studied music.
As a result, he longed to be taken seriously as a musician, and was always self-conscious about his lack of musical education, his son said. “He wanted to be seen as a serious musician and composer,” he said.
On June 28, just two months before Hellerman died, the New York Jazzharmonic gave him just the boost he wanted by premiering one of Hellerman compositions, “Fourths of July,” at the Washington Square Music Festival.
It was almost by chance that Ron Wasserman of New City, the Jazzharmonic’s artistic director, found out about the piece a year ago and began the process of bringing it to the world.
“When I started talking about this with him, it was really kind of thrilling, because I felt like I’d made a discovery,” Wasserman explains.
Hellerman was old friends with Wasserman’s mother, retired singer Joan Wile.
“She sang with him in another group he had after the Weavers, called the Neighbors. The Weavers were blacklisted for a while, so he formed the Neighbors, and my mother was in that group.”
Hellerman and Wile had fallen out of touch, but reconnected in the last several years, says Wasserman, who soon learned that Hellerman possessed some demo recordings he had produced for Wile.
Hellerman wasn’t able to email digital copies of the recordings, so Wasserman paid the elderly musician a visit. 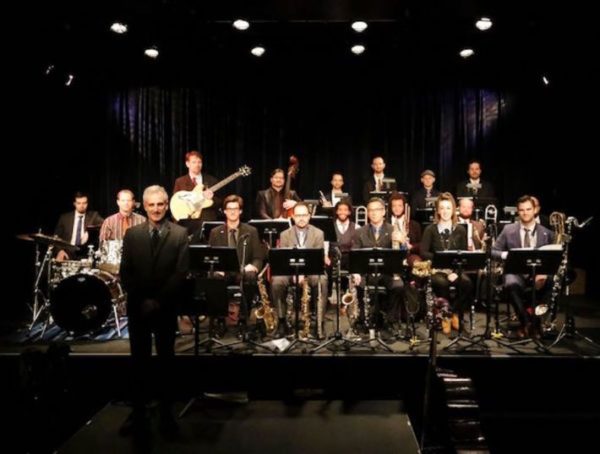 “I went over to his house and got the recordings, which are actually really good, some of the best recordings I’ve heard of my mother singing back in the day.”
Hellerman was intent on getting Wasserman’s attention for something else.
“He was like, ‘I’ve got to play you this piece I wrote,’” Wasserman says. “He had a MIDI computer realization of the piece. He says, ‘I wrote this 30 years ago and nobody’s played it’… “It was a good piece, it was a patriotic kind of piece that the Boston Pops would play, sort of like a theme and variations on ‘Yankee Doodle Dandy.’ So I was like, yeah, I’m gonna do the piece.”
Wasserman learned that the germ of Hellerman’s idea came from his son, Caleb, who was then an infant.
“When his son was a baby in the crib, he used to scream. In the morning he would wake up like an alarm clock screaming out ‘Yankee Doodle Dandy,’” explains Wasserman. Hellerman learned to turn the noisy distraction into something productive by composing countermelodies in his head. “Eventually, a number of years later, the piece had stuck with him, and that’s how he wrote it. So he dedicated it to his son.”
Because it was written for conventional string orchestra, Wasserman had to recorchestrate it for his 17-piece jazz band.
Over the months between Wasserman’s initial discussions with Hellerman and the June concert date, Hellerman’s health deteriorated. He was too frail to attend the premiere at New York University’s Frederick Loewe Theatre.
“That’s the great irony, the irony of ironies. But his family was there, and they had a great time,” Wasserman says.
Though Hellerman couldn’t attend the premiere, Wasserman found the Washington Square Music Festival audience was very aware of its composer.
“I said to the crowd, ‘You guys remember Fred Hellerman?’ And of course, down there in the village everybody remembered Fred Hellerman.”
Steven P. Marsh is a longtime professional journalist based in Rockland County. This article was originally published on his blog, Will You Miss Me When I’m Gone?.