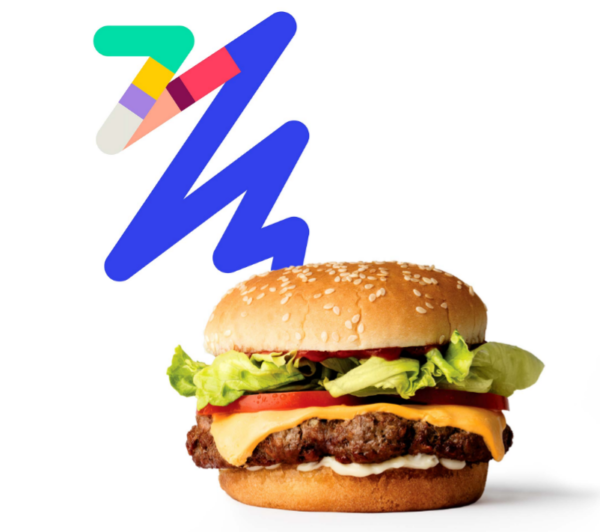 I am a carnivore. Just yesterday I ate sausage with my eggs at breakfast, a few slices of prosciutto at lunch, a hot dog and chicken breast at dinner. By my math, that’s half a farm. Over the course of ten hours.
Make no mistake: I don’t reveal all the digested animals floating through my intestines with pride. But nor do I, in my heart of hearts, feel deep shame. My feelings towards meat are more complicated: I love the taste of chicken, ham, steak, you name it; my body feels best when meat makes up a large portion of my diet; and it doesn’t bother me to think about humans killing animals. But on the other hand, it does bother me to think about big farms treating animals inhumanely before they kill them, and I do worry about the environmental impact of my meat-eating. For instance, here’s a statistic that is enormously troubling to me:

In 2014, University of Oxford Scientists studied British people’s diets (30,000 meat eaters, 16,000 vegetarians, 8,000 fish eaters and 2,000 vegans) and found that meat-rich diets (defined as more than 100g per day) resulted in 7.2kg of carbon dioxide emissions, whereas both vegetarian and fish-eating diets caused about 3.8kg of CO2 per day, while vegan diets produced only 2.9kg.

In other words, as a meat eater, I have the carbon footprint of nearly two non-meat eaters. Is it worse to be a climate change denier or a self-righteous liberal who recognizes the scope of the problem climate change poses but who refuses to do the thing that, on an individual-level, would best address the problem? Regardless, the point is this: Consuming meat, at least at our current rate, is unsustainable.
I recognize that, and yet I am one of the many people who probably will not alter my levels of meat consumption until there is an alternative that is as healthy, tasty, and inexpensive as meat.
Fortunately, there may be.

Last month, I listened to an episode of The Ezra Klein Show podcast, in which Klein, Editor-in-Chief of Vox, interviewed Patrick Brown, the CEO of a company called Impossible Foods. Brown is a biochemist who, with his start-up, sought to chemically break down meat and determine what gives it its flavor and texture. He found heme, which, as described by NPR, is “an iron-containing molecule in blood that carries oxygen,” “makes your blood red,” and which “makes meat look pink and taste slightly metallic.” In addition to being found in meat, heme protein is found in some plants, such as soybeans. To extract heme on a large scale, Impossible Foods took the soybean gene that encodes the heme protein and transferred it to yeast. They mixed it with wheat, coconut oil, and potato protein, and voila!: a veggie burger that tastes like a hamburger.

Soon after I heard Brown’s interview on The Ezra Klein Show, Momofuku Nishi (located in Manhattan’s Chelsea neighborhood) began selling the “Impossible Burger.” I was nearby on the day it was unveiled, so I went to Nishi, curious whether the burger was as advertised. I wasn’t the only one whose interest had been piqued though; you would’ve thought Nishi was unveiling a new line of Jordans by the length of the line. The burger sold out before I got in.
I went back for lunch a month later, though, and this time I got in without having to wait. The burger came on a potato roll, with pickles, lettuce, tomato, and Momofuku’s “secret sauce”; I added cheese. As for whether it tasted like a regular hamburger, the answer is… sort of. The burger patty was thin but perfectly cooked — its crunchy but soft texture was a step up from Five Guys — and more flavorful than most burgers I’ve eaten. It’s hard to say whether it was more meat flavor or more something else that I was tasting, or whether, perhaps, the “secret sauce” was the difference; regardless, while it might not have tasted just like a burger, the Impossible Burger definitely wasn’t worse. And, with a side of fries, $13 wasn’t such a bad deal.

If the Impossible Burger is everything that Impossible Foods promises — in other words, so long as there is not some huge scandal surrounding the company or some terrible side effect discovered from transferring soybean genes to yeast — then it and its ancestor meats could be among the most impactful inventions of the century. According to Impossible Foods, the Impossible Burger requires 95% less land, 74% less water, and 87% less greenhouse gas emissions than a typical hamburger. Those numbers would be the same for any other veggie burger; however, the Impossible Burger has a chance to reach a larger market than veggie burgers. The Impossible burger could be a popular meat substitute not just for vegetarians and pescatarians, but for meat lovers (people like me) who have mixed feelings about their meat consumption but who ultimately air on the side of taste and practicality.