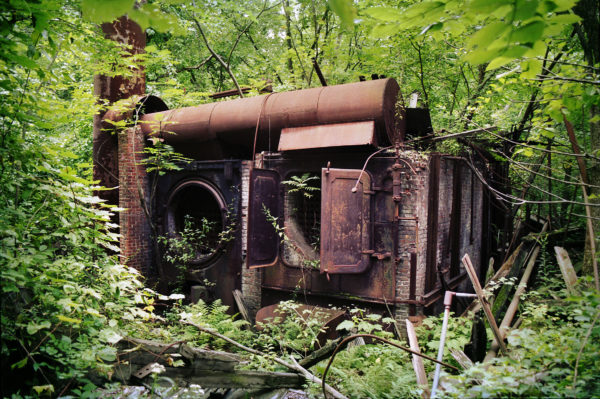 The Hudson Valley is home to many beautiful ruins. They’re easy for New Yorkers to miss or overlook. But this past Saturday, the New York State Museum unveiled a photography and architecture exhibit dedicated to these sites: Hudson Valley Ruins features over 80 photographs by Robert Yasinsac and Thomas Rinaldi documenting forgotten historic sites and cultural treasures in the Hudson River Valley.
“Hudson Valley Ruins is a powerful visual convergence of place and history,” said State Museum Director Mark Schaming. “Yasinsac and Rinaldi’s masterful photographs richly echo the past and invite viewers to better understand the history of the Hudson Valley through its forgotten cultural treasures.”
The exhibition, on Display through December 31, 2017,  is inspired by Yasinsac and Rinaldi’s 2006 book, Hudson Valley Ruins: Forgotten Landmarks of an American Landscape. The book, as well as the exhibition, captures great river estates, as well as churches, hotels, commercial and civic buildings, mills, and train stations. Some of the sites have been abandoned, others  have changed in the ten years since the book’s publication.
Yasinsac and Rinaldi met in 1999 and have been working together ever since. Together, they have photographed more than 500 sites throughout the region. They grew up in the region and began by photographing sites around their childhood homes; eventually they expanded their scope to cover the entire region between Yonkers and the Capital District.  Driven by a sense of urgency to document sites of architectural or cultural significance that seemed poised to disappear, the pair also found beauty in the picturesque decay of these places. 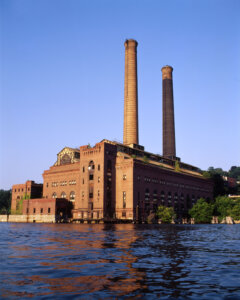 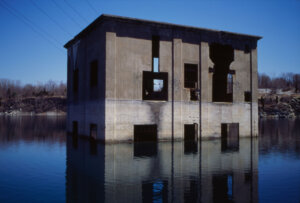 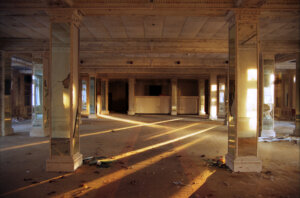 
The State Museum is a program of the New York State Education Department’s Office of Cultural Education. Located at 222 Madison Avenue in Albany, the Museum is open Tuesday through Sunday from 9:30 a.m. to 5 p.m.  It is closed on Thanksgiving, Christmas, and New Year’s Day. Admission is free. Further information about programs and events can be obtained by calling (518) 474-5877 or visiting the Museum website at www.nysm.nysed.gov.