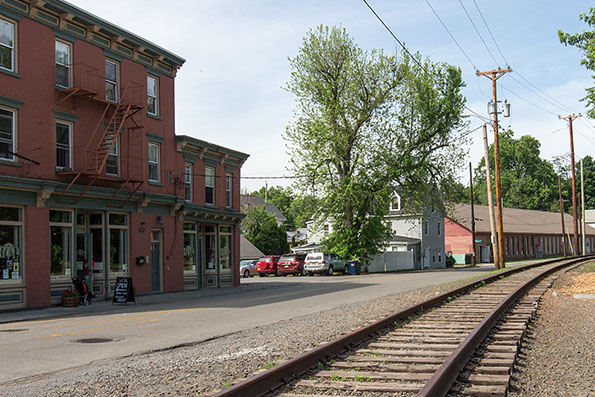 by Art Gunther
If you go up the Hudson River a bit from Nyack, say about 30 miles, to Beacon, there remains a quiet that has largely left the busy suburbs, parts of which have become urban hybrids, have taken on that city rhythm, loud at times. Just as coming closer to the sea brings whiffs of salt air, moving north here connects you to a fresh breeze, a more rural New York. And with fall approaching, however far off it seems in the now-oppressive heat and high humidity, a drive to Beacon gives you hope that the door is opening on a more pleasant time and slower pace. The suburbs seem more civilized absent the high temperatures.
When I was a young fellow, Beacon, and that northern part of the Hudson River Valley, was a frequent draw. I seemed to be riding in my car in endless fashion, and sometimes a companion and I would have long conversations as we took the car ferry to Newburgh or stopped to travel the inclined railway to the top of Mt. Beacon.
Cursed with an elephant-like memory and a penchant for observing so many insignificant things, I recall most conversations with most people, to the point I can detail even clothing (a red and white gingham blouse and green culotte skirt, for example). It’s an almost useless ability. What was not without merit, though, was the breadth and depth of talk, even on seemingly meaningless subjects. Words are never lost between people — they go into the subconscious, and they are pulled out for reference, in other relationships, perhaps as fond memory, as regret, maybe as thanks that growth and experience and happiness followed beyond a certain time.
Yes, the quiet of Beacon exists, but it is also a metaphor for anyone’s experience, anywhere, in whatever time.

The writer is a retired newspaperman who can be reached via ahgunther@hotmail.com. This column was originally published at The Column Rule.

In this article:Art Gunther, Beacon