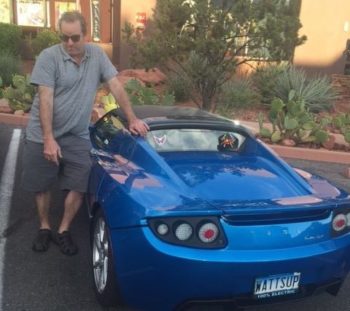 I take it back. Completely and utterly. Every mean, cruel, heartless thing I said about 7-9 year olds in last week’s column is hereby rescinded, disavowed, and henceforth null and void.
What was I thinking? Seven to nine year olds are AWESOME! They’re some of the liveliest, most engaged audiences I’ve come across in the kid racket. They can listen once and then….they do what you tell them!!! Big surprise. As anyone who works regularly with 4-year-olds can tell you, that age group is not great when it comes to directions. This in fact is the age where they’re just learning what directions are, when they first become aware of their relation and obligation to The Group, and it’s a process, believe me. I can’t tell you how many times I’ve been in the middle of a song, busily playing and singing, everyone’s dancing around, and a 2-4 year-old tries to hand me a shaker, or just starts talking. “My- my- my-“ he’d say. Spit it out, kid, I’m thinking.  “My- my- my- my daddy plays guitar too,  you know.” Now I’m really pondering, mid-song, what I might do If I Had A Hammer. But of course I smile a smile as big as if he’d discovered the Higgs Boson.
See, seven-to-nine year old would never do that. Because they’re awesome. I played my first exclusively 7-9 year old show in KC and I killed. Killed! I stuck a fork in that one big time. They were hanging on my every word, following my every command. Their attention never flagged, my invention never faltered. It was amazing. I had the entire 10 hour drive from Kansas City to Austin after the show to enjoy that moment and calm the f*** down about the older audiences to come, and to contemplate what had occurred and why it had happened.
By Kansas City I’d left behind the tangled underbrush of the East and was delivered at last to the Great Plains, my eyes newly opened and the simple, huge, humbling vistas of sky and cloud and earth beckoning like an undiscovered country, a new world that cleared my cluttered mind and invited contemplation of a higher sort. And my first new thought was…It was that freaking Gyrotech 2000.
Sheesh, where do I start? First, the Dongle didn’t work. Then it worked, but when you plugged the Dongle into the Doohickey (v1.2), the Doohickey couldn’t see the Dongle. You had to check the Thingy to see if the Doohickey input was compatible with the  Dongle output. If it wasn’t, you had to recalibrate the Doohickey and the Dongle. If it was, then it was something in the Thingy itself, and you had trace the Thingy signal through all output parameters of the Whatchamacallit. But calometrically only, of course. Cause if you do it monometrically, you’ll erase the Bizwidget and have to go back to the beginning. Idiot….
Why? Why would I want to build a show around the GyroTech? Why would I hang my particular hat on that particular star? It made no sense, I began to realize. It’s one thing if you’re a DJ or engineer and this is what you do– your job is to mess around with sound through technology. But I’m not that. I’m the opposite of that. I’m not particularly, um, handy. I can sing about it but in truth, I can barely find the business end of a hammer. If I had a Hammer, My Wife would Call the Cops.  My wife has to threaten physical harm before I change the batteries in the smoke alarm. But what I can do is sing. I’m not a great guitarist or singer — believe me, I know just where I stand on the hit parade of great singers — but children like my music; I’m good at entertaining them.
I had a little Sally Field moment there in the middle of the vast Kansas corn fields. You like me, you really liked me! I thought. And It was when I got back to the basics that they liked me the most. Do what you know.  And do it for 7-9 year olds, the very clouds seem to speak to me. I sped up a hair, as if to hasten my next rendezvous with 7-9 year-old destiny, to catch up to the message whispered on the wind. I gotta do what I gotta do, the wind whispered, and it don’t involve no GyroTech 2000. Turns out the wind has a Bronx accent. Yet there, in big sky country outside Savanna, Oklahoma, I allowed myself to let go of the GyroTech. It’s okay if I never open that God-forsaken program ever again, I thought. Not just okay, but maybe even recommended. I breathed a big sigh of relief and settled in for the final push toward Dallas. Checked my rearview. Oh jeez. Lights, sirens, action. I was being good! But I was not on an interstate. I’d elected to drive through God’s country on State Rte 69. He was understanding, businesslike. We talked tourists and baseball. But still He gave me a ticket. 55 in a 40 zone. Still– it was a sign.
Next week I mess with Texas

Dan Cohen, aka Danna Banana, a local family performer, is on tour through the mid-west and west this month. Stay tuned for more entries into his road journal exploring the ways music functions in the lives of children and families.