by Susan Hellauer
Since August, 1962, when its first reactor (IP-1) came online, The Indian Point nuclear power plant in Buchanan, N. Y., has been providing energy to the Hudson Valley and New York City — but not always the kind that the utility’s operators had in mind.

As soon as they flipped the switch, a poorly designed water-intake system caused a massive fish kill, which sent a galvanizing charge through some small but passionate groups of proto-environmentalists: the fishermen who saw their livelihood disappearing, and ordinary folks seeking to heal and protect their once majestic, but now polluted Hudson River.
In quick succession came Scenic Hudson (1965), the Hudson River Fishermen’s Association (1966 — which evolved into current-day Riverkeeper), and the Hudson River Sloop Clearwater (launched in 1969). With education, media attention, lawsuits and lobbying, these groups targeted polluting municipalities, factories and power plants.

IP-1 was shut down

permanently in 1974 because of an inadequate emergency core cooling system. A second reactor, IP-2, came online in 1973, and IP-3 in 1975. These have been run by Con Edison, The New York Power Authority [NYPA], and now Entergy Corp. By various estimates, Indian Point Energy Center (as it is now named) has provided roughly a quarter of New York City’s energy, although some say it is much less now, with declining demand and greater production at other facilities.
From its inception, a troubling series of leaks, spills, cracks, broken pipes, escaping radioactive water and steam, transformer fires, mechanical failures, malfunctioning sirens, continuing fish kills, oil spills, fines and numerous shutdowns, both unplanned (seven in the last year alone) and enforced, have plagued Indian Point. Its attraction as a terror target, its siting on the Ramapo Fault and the Hudson River shore, its proximity to New York City (just 35 miles to Times Square) and to its drinking water supply (just 15 miles away) have all been noted, loudly and often, by critics.
Evacuation plans have been made, which county officials, an independent 2003 study, and many worried residents have declared useless.
Meanwhile, public-interest groups, and a growing number of elected officials, have been fighting for decades to make Indian Point safe, or, like Governor Cuomo, to make it go away.
Along with many residents within its 50-mile-radius, they assert that Indian Point was built in the worst possible place, and has had far too many safety problems for a power system that, in the event of a major failure, can render uninhabitable for decades one of the most densely populated metropolitan areas in the United States, killing, injuring or displacing up to 20 million souls.

Is Entergy the enemy? 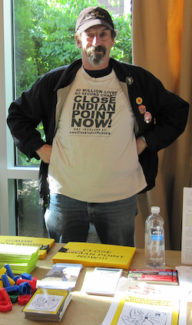 Not so much, according to opposing voices at Wednesday’s Nuclear Regulatory Commission Annual Assessment meeting on Indian Point at the DoubleTree Hotel in Tarrytown.
Setting up a table of literature for the Indian Point Safe Energy Coalition (IPSEC)  before the meeting, Croton-on-Hudson resident Gary Shaw said he got involved with his organization after a 2000 steam pipe rupture and radioactivity release. “Entergy is just another greedy corporation that does what all the corporations do, except that their industry is more dangerous than others. The NRC is just an enabler so, to me, they are the bad guys.”
The focus on the NRC as enabler continued at a pre-meeting press conference, during which advocates of closing Indian Point — including elected officials, concerned experts and public interest groups — addressed critical safety issues, including an alarming problem with bolts in the core cooling system of IP-2, a proposed gas pipeline to run near the nuclear plant, and license renewals requested by Entergy for its two elderly reactors.

What you should know

Rockland County’s Indian Point emergency evacuation planning is overseen by its Fire and Emergency Department.
The southern edge of Indian Point’s “Protective Action Areas” map, falls right at Hook Mountain, and Nyack Beach State Park. Five Rockland high schools (listed on the map) would serve as General Reception Centers for evacuees. Pets will not be permitted at these centers.
Nyack residents who have children in a school or daycare center within an action area (like Liberty Elementary, Valley Cottage Elementary or Rockland Country Day School) will NOT be permitted to pick them up from school, but would retrieve them from pre-determined School Reception Centers where they will be taken by bus with their teachers. Find the Nyack School District Indian Point Emergency Plan on page 49 of this document.
No specific evacuation plans are available to the public, but a long siren blast would alert anyone in the affected area to tune in to designated TV or radio stations. Emergency information would also be communicated by reverse 911, or via NY-Alert , or your town’s emergency notification service, if it has one. It makes sense to sign up for one or more of these, in any case.
Those without a car would be transported to Reception Centers by buses, and anyone requiring assistance to evacuate should sign up with the Rockland County Access & Functional Needs Registry which would serve in any kind of disaster, natural or man-made.
Residents in some areas may be instructed to shelter in place, keeping all doors, windows, and vents closed.
Being prepared to stay or go for a few weeks is a good idea for any kind of disaster response.
In case of a radioactive release, potassium iodide (K1) pills are recommended for those in the potential evacuation areas, as protection against thyroid cancer, and are available to all county residents. You can pick them up a the Fire Training Center, 35 Firemen’s Memorial Drive, off Route 45 in Pomona. Call 845-364-8800 for more information.

“People’s lives are at risk every day that this nuclear power plant remains in operation,” said Rockland County Legislature chair Alden Wolfe (D-Suffern). He and colleague Harriet Cornell (D-Valley Cottage, Upper Nyack, Clarkstown) focused on the discovery last March by federal investigators that 227 of IP-2’s 832 critical baffle-former bolts  — small metal objects that stand between you and a nuclear meltdown — were missing or degraded: “Most of us wouldn’t drive a car if we knew that one out of four bolts holding our car together was missing or broken,” Cornell said, and called for immediate shutdown of IP-3 in order to determine whether it is has the same problem.

Most of the press conference speakers referred to a “non-existent” evacuation plan, and disputed Entergy’s 10-mile-radius “Protective Action Areas.” (When the Fukushima Daiichi reactors failed after a 2011 earthquake and tsunami, the U.S. State Department requested that Americans within a 50-mile radius of the plant be evacuated.) Greenburgh’s Paul Feiner has “been Town Supervisor for over 25 years, and if there’s a meltdown, I don’t know if I would go east, west, north, south, up, down . .  Nobody has a clue what to do. There have never been any practice drills,” he said.
Riverkeeper president Paul Gallay, and Manna Jo Greene, Environmental Action Director of Hudson Clearwater,  detailed their “Close Indian Point” campaigns, and Friend of the Earth’s Damon Moglen announced the creation of an emergency petition to the NRC calling for IP-2 to remain closed, and IP-3 to be closed immediately for rigorous inspection.
Moglen called out the NRC for an inadequate response on these issues. “The NRC today will make it clear what their answer is: corporate profits trump public safety. It’s nothing short of a disgrace that the NRC — the people’s federal nuclear watchdog for safety — is, in this case, acting like Entergy’s lapdog,” he said. 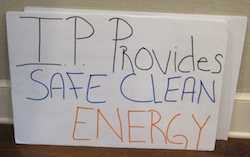 At 7p the scene shifted to the NRC Annual Indian Point Assessment meeting, in a packed Grand Ballroom, where 69 attendees (36 anti-NRC/Indian Point, 23 pro, 10 neutral) had signed up to make three-minute comments. Signs were carried by supporters of both sides, and there was a noticeable presence on the “pro” side of folks in trade-union shirts and jackets, or carrying signs in favor of the jobs that Indian Point sustains.
A panel of six NRC presenters began by explaining their findings, sent in March by letter to Entergy. The percentage of degraded bolts in the idled IP-2, although declared by the NRC panel as the “largest seen to date in a U.S. nuclear power reactor” would be repaired, and the proposed date of IP-3’s inspection for this issue was moved up voluntarily from 2019 to 2017, while the NRC “continues to closely monitor this situation.”
Unplanned reactor shutdowns in 2015 have taken Indian Point’s status from “green” down to “white,” meriting re-inspections and additional oversight.
As for Spectra Corp.’s “AIM” (Algonquin Incremental Market) 42-inch pressurized methane (fracked gas) pipeline, proposed to run across the Indian Point Energy Center campus, the NRC’s analysis came up with no reason to nix it, since it would be more than 1500 feet from the nearest critical structure and, as one of the NRC engineers explained, “previous explosions of similar 42-inch pipelines” had affected no more than a 900-foot radius with pressure waves and heat flux.

As citizen speakers took their turns at the mic, it became clear that there is no common ground at all between pro and con when it comes to Indian Point. Some supported the power plant for its pollution-free and reliable power, like Mt. Vernon mayor Richard Thomas. But most, like first-up speaker Judy Allen of Putnam Valley, who came bearing a petition signed by 12,966 local residents, looked right past Entergy and held the NRC directly accountable for the threat they believed Indian Point posed.
“You no longer have any credibility,” Allen said to the NRC panel, “and I wish I had enough money in my piggy bank to sue you.” 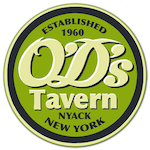