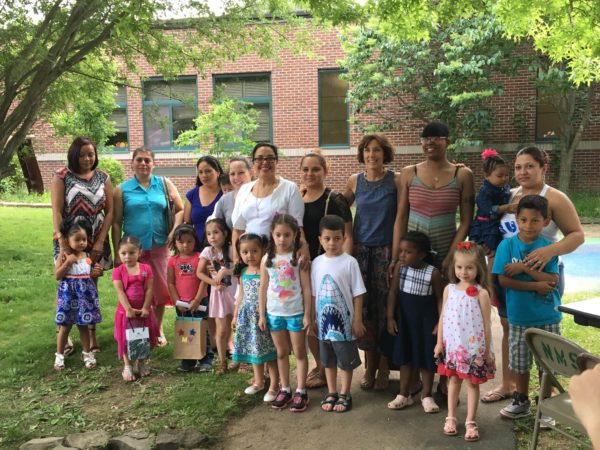 by Max Cea and Julie Kassel
This past Thursday, May 26th Valley Cottage Elementary School hosted Nyack Schools’ Parent Child Home Program’s (PCHP) graduation ceremony. Though there were only two graduates, ages three and four, in addition to nine children moving up in the program, it was a festive and momentous day, replete with live music, balloons, and food-a-plenty.
Nyack PCHP, funded by the Nyack school district and United Way, is an evidence-based early literacy parenting and school readiness model committed to closing the achievement gap. Study after study has found that early childhood is one of the most important times in an individual’s development. It’s the reason for the push towards Universal Pre-K. PCHP begins even earlier though. The program provides low income families with the skills and materials they need to prepare their children for school and life success. Trained home visitors spend thirty minutes with the given two- and three- year-old children and their parent(s) twice a week for a half an hour each session; the program typically takes place over the course of two years.  In sessions with the parent and child, the Home Visitor models verbal interaction and learning through reading, conversation and play, using carefully chosen books and toys, which are the program’s gifts to the family. 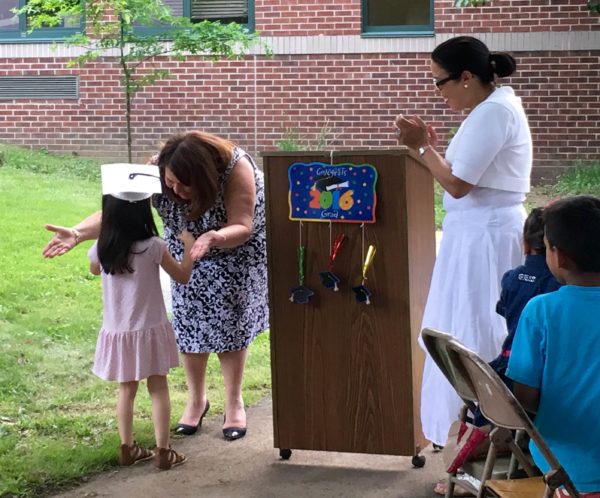 An hour of play each week may not sound like a lot, but for many children and their families the program is crucial. We spoke to two parents of children receiving these visits about what the program is and what it has meant for them and their children.
Blanca, mother of Ayline: At the beginning, she [Ayline] was very shy. But we’ve begun to connect more, communicate more. We play more. I teach her how to do things, like water the plants, do things around the house – I involve her more. Prior, I had had no training for parenting; I was just following my instincts. The main thing the program has given me, really, is confidence. And that transfers to my child too. Now she’s more open. And she socializes with other kids. She’s doing better in pre-K. Much better. The teacher now says she’s going to be a great student, because she follows the rules and she is more outgoing.
A highlight was the first book she read with Isabel, Pat the Bunny. It was such a success. She now even reads it by herself. But the biggest improvement in my daughter is the responsibility she has taken on. Before Isabel, our home visitor, gets there, she has her book, whatever we’re reviewing, and she fixes the table for the lesson. She’ll drag a chair for Isabel if there isn’t one there.
Kyisha, mother of Sylvia:
The longer she’s been in it and the more she’s involved in it, the more you can tell the growth. She’s recognizing colors and shapes – whereas before she might be able to make a distinction between white and black, now she knows every color. We’re starting to work with numbers. And she learned the ABCs. We would work on motor skills, reading – she loves the books we read. 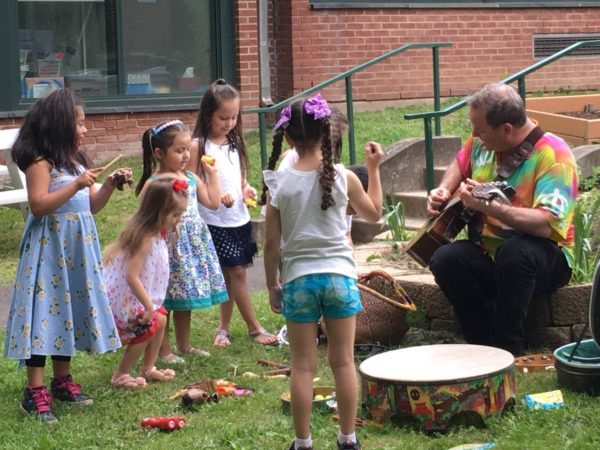 Personally, I’ve learned more patience with teaching her. Because me just doing it on my own would be a little tough. I do what I can at home, but once we have Mara [the home visitor] there, when she does stuff, it teaches me how to do it too.
When Mara’s not there, now my daughter will take out certain books and ask us to read them. Or she’ll take out certain toys that are from the program, and we’ll play with those. So even when Mara’s not there, she’ll do it on her own. As we’ve gone further into the program, she’s started doing stuff like that more. We’re very happy with the program and are excited that it will get her ready for Head Start.
Julie Kassel is Valley Cottage Elementary School’s Family Resource Center Coordinator; she also runs the Nyack Schools PCHP. Currently, the program has a waiting list of fifteen with the potential to reach many more families as its volunteer corps grows. If you are interested in volunteering for this highly rewarding program, call Nyack PCHP at 845-353-7291 or email jkassel@nyackschools.org.