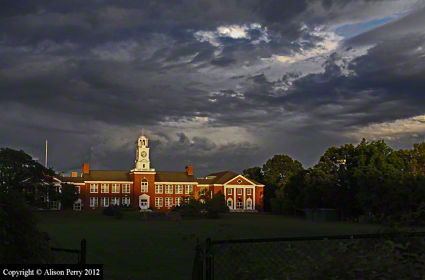 First and foremost, we would like to advise our community that the Board of Education has NOT held any formal discussions NOR made any decision about the leasing of its property to Nyack Hospital for any purpose. The Board has been contacted by the Hospital requesting the opportunity to lease a portion of the aforementioned Board property, but NO discussions regarding the Board’s interest in pursuing such an arrangement have taken place.

The Board of Education strives to conduct District affairs by way of a continuing, open dialogue between the community and the School District. In the past, when the Board has contemplated decisions that will have a significant impact on our community (e.g. Princeton Plan, Bond Referendum, Veteran’s Tax Exemption, Breathalyzer Policy, etc.) it has provided Open Forums to understand community attitudes and aspirations for the District. Whatever discussions have transpired between the Village of Nyack and Nyack Hospital officials have not involved the Nyack Board of Education and are premature to any future Board decision. Our Board recognizes the residents’ high level of interest in a decision concerning a change of use in its property. Should the Board determine an interest in pursuing this matter, it will fully intend to provide opportunities to collect input from our community.

In response to a MoveOn.org petition urging the Nyack School Board not to “pave over the MacCalman Field baseball diamond for a parking lot,” Nyack School Board President Karen Hughes stated that there have been no formal discussions regarding such plans, but that the hospital has contacted the BOE.
“We have been contacted by the hospital regarding the feasibility of utilizing a portion of the field — as I understand from more senior board members, this is something they’ve been bringing up over the years,” she said. “But in all honesty, we actually haven’t held any formal discussions regarding their interest, none at all.”
The basis of the petition is that Nyack Hospital officials have brought plans for such a parking lot to Nyack’s Building Department. Then a jump is made. “But this isn’t the hospital’s property–it’s owned by Nyack School District and leased to BOCES—and there has been no public discussion by the school board about selling or leasing this property for a parking lot, so why would the hospital already have parking lot plans for the site?” reads the petition.
Nyack’s Building Department was unable to comment; they did, though, refer us to Nyack’s building code, which shows that a parking lot in the given space would be a violation. Hughes, though, was unaware of Nyack Hospital bringing parking lot plans to the village. She said that the board had indeed been contacted by the hospital, but that no formal discussions have taken place and that they will not take place without rigorous deliberation and community input.
“If we were to make any decisions, as we have done with every issue historically, we would be taking community input into consideration. But again, we haven’t had any formal discussions about it.”
Such a formal discussion did not take place at yesterday’s BOE meeting, contrary to the assumptions of some who saw “Third Amendment to Lease Agreement and Rider Between Nyack UFSD and Rockland BOCES” on the agenda. “That has to do with our ongoing lease with BOCES,” Hughes said.
While it can’t hurt to sign the petition, residents probably need not worry about the village and the Nyack School Board conspiring to pave paradise and put up a parking lot.