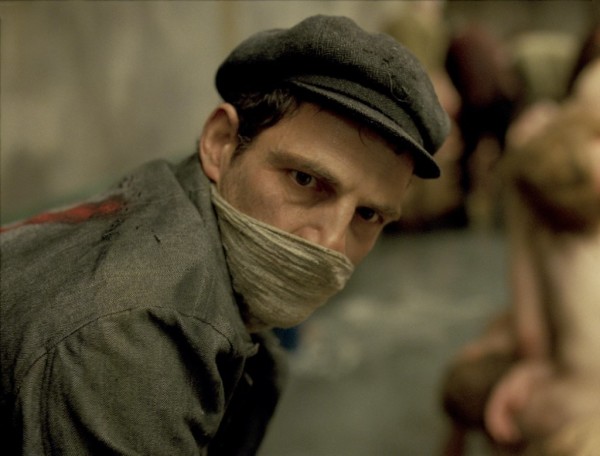 An image from Son of Saul, via IMDB

JCC Rockland has announced the lineup for the 13th annual Jewish International Film Festival, which will be held Sunday, March 27th through Wednesday April 20th at several Rockland County venues including Lafayette Theater (Suffern), Bow Tie Cinemas (New City) and Regal Cinemas (The Shops at Nanuet). The 2016 lineup consists of 15 films, depicting diverse settings. Most of the films feature post-screening discussions by directors and local pundits who are familiar with the subject matter of the films.
One need not be Jewish to attend and enjoy the festival. “This year’s lineup is by far one of the best ever, and features Oscar nominated and Golden Globe winning films, such as Son of Saul. They are not to be missed,”said Julie Sadowski, Director of Special Projects and Corporate Relations at JCC Rockland.
This year’s marquee event is the April 3rd film, “East Jerusalem, West Jerusalem,” which will feature David Broza live in conversation and song, at the Lafayette Theater at 7:00pm.
Tickets are on sale and be purchased online (here) or at JCC Rockland. Ticket prices range from $9 to $18 and include a senior citizen discount. Screenings will take place in the afternoons and evenings. The full listing of films and screening times/venues is also available on the JCC website.