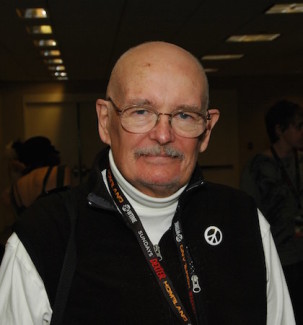 by Jeremy Fuscaldo
Nyack resident Dennis O’Neil knows Batman in a way that most comic book fans don’t. He also knows Wonder Woman, Spider Man and Daredevil…and can talk about how a knowledge of mime and medieval painting is necessary to create epic comics. O’Neil, who has worked at Marvel and DC comics for decades, will receive the Garner Art Center’s Lifetime Achievement Award at a special presentation on Sat March 5.
A 2014 Eisner “Comic Book” Hall of Fame inductee, O’Neill has been shaping the characters and story lines familiar to millions of comic books fans in print, TV and film for decades. “Garner’s Lifetime Achievement Award celebrates the significant and sustained contributions of artists whose pioneering work has had national, and in some cases, international impact,” said Garner’s President, Robin E. Rosenberg. “Mr. 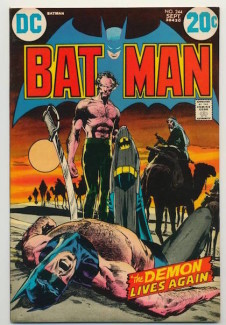 O’Neil’s work on Batman and other titles inspires legions of comic, film and television fans and professionals throughout the world,” she said.
The March 5 event will include a panel discussion with Michael Uslan (Executive Producer of upcoming Batman v. Superman: Dawn of Justice, Producer & Writer of Batman Begins, The Dark Knight & The Dark Knight Rises) and Paul Levitz (former President & Publisher, DC Comics).
O’Neill looked back on his career, how comics have changed, and offered a few hints of what his next project will be in a recent Q&A.

A Night With Dennis O’Neil And Friends

Tickets for the Sat March 5 event are $65 for the VIP Meet & Greet with Denny O’Neil at 6:30p and $40 for general admissions for the panel discussion and award presentation  at 7:30p.
Visit garnerartscenter.org for more information or to purchase tickets.
GARNER is located at 55 W Railroad Ave, West Haverstraw in the Garnerville Arts & Industrial Center, a complex of 28 19th century buildings listed on the National and State Registers of Historic Places and a creekside sculpture trail.

What was your first big gig that lead to a career in writing comics?

I never thought I’d have a career writing comics. I was driven by curiosity and financial desperation. I was a journalist in Missouri, picked up and bought a couple of comics and realized they had changed and I was impressed. I wrote two rudimentary articles about comics, then I was approached by Roy Thomas. Roy sent me Stan Lee’s writing test which consisted of four pages of art. My test was to write copy. Lee liked what he read and I was hired as his editorial assistant at Marvel.

Who were the people who influenced / inspire you when you first decided to write comics?

Julie Schwartz, who reinvented the superhero; Stan Lee, who reinvented attitudes about what was appropriate to write in comics; Will Eisner who wrote what he wanted to write (The Sprit, one of the best comics ever written and the best of its time); Mark Twain; J.D. Salinger; Bill Finger; and, since I was writing about social issues, the Catholic Workers League all influenced me.

What would you consider the highlight(s) of your comic writing career?

Working on Green Arrow/Green Arrow and The Question were highlights for me. 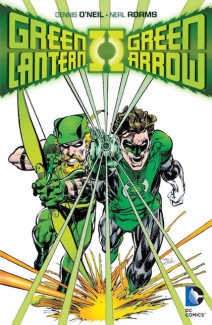 How has the business changed since you first started writing comics, both in the mechanics of how comics are produced, and how story lines and characters have changed over the years?

Now the business is considered respectable. I was there when comics were reborn. Now there is the tie in to television where a writer is not working for one editor but a committee, which can be miserable.  There is no comic book code now, so you can write about and say anything which is liberating for a writer.  Comic characters have to change with the time and the medium. When I started I was given a book to work on that nobody was reading. That character grew into Jessica Jones which is now a Marvel television series. The comic writer has 35 words per panel which forces you to think differently than a drama or a film about structure, plot and dialogue.

How do you feel about the future of the comic book medium? Do you have any hopes? Worries? And what are some of your favorite contemporary comic books? 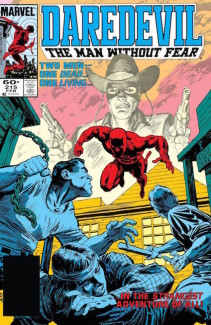 With the tie-in to television and movies it is a harder business. I would like to see comics receive the audience garnered by movies and television. Frank Miller, one of my protégés, is arguably one of the most popular superhero writers in the world right now.

How do you feel about public events like Comic-con where the behind the scenes people become stars for a day?

Comic-Con is a business unto itself. Some folks just go from convention to convention and don’t write anymore.

What do you think about the growth of Comic-con?  How often do you attend?

My attendance varies from time to time. I don’t make money from it as I don’t charge for autographs. I do ask for a donation to charity for an autograph. I understand some need the money. For me, when money becomes the dominant element people become selfish and cruel. The 75th Anniversary of Batman, which was also my 75th birthday, I was asked to attend quite a lot of conventions.   Other years I hardly go at all. 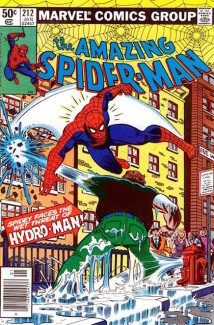 Since you’re semi-retired, is there anything top secret that you’ve been working on? And what are you doing in your spare time?

I have some things I work on that I can’t discuss.  I teach a lot.  I have a novel percolating. I write a weekly column. I’ve agreed to do a comic for a small publisher and there is an Australian publisher who has made me an offer I just can’t refuse. But I’m trying to master Zen and the art of laziness.

Nyack has a long history of creative people who have moved here including performers, artists, writers etc. Is there something special about the creative environment that attracted you to the village? Or is it the convenient commute to NYC? 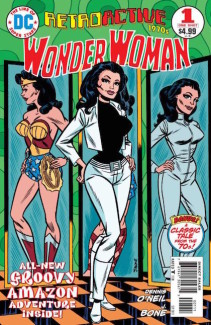 My son made a film in Nyack just as I had decided to quit my editorial job. I saw the way the business was going and didn’t want to work for so many masters. My son said here’s a community that will support your lifestyle. We thought the move here was temporary. After three years (I had been convinced to stay on in my job), we thought we’d move to Missouri. The three years was up. We thought the community was cool and we realized there was no reason to leave. My wife was teaching at Upper Nyack Elementary and staying gave me the opportunity to teach at NYU.

How does it feel being honored in your community?

Any advice for an aspiring writer/artist whose trying to break into comics?

Write. Don’t just focus on comic books. Get published somewhere, even if you self publish. Writers and editors, including comic writers, read a lot of material because ideas and talent come from everywhere. Get an interview at a company with a writer or editor. We’re not ogres. Tell us what you can bring to the party even if it’s to say I’m willing to learn. Don’t just say I’ve read everything you’ve ever written. Comic artists need to study mime and medieval painting so they can convey character and emotions without words. If the art doesn’t tell the story standing alone the artist hasn’t done his job.