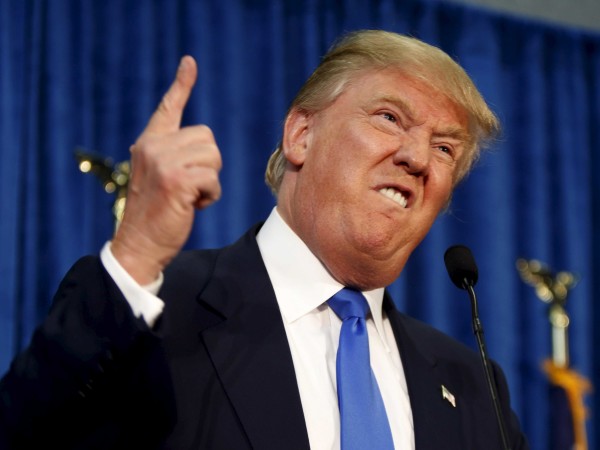 by Max Cea
Donald Trump is not funny anymore. At least that’s what writers, pundits, and even comedians have been saying since the third month of Trump’s campaign. It’s actually pretty funny how many of these pieces have been written. A quick “Trump not funny” Google search will yield page after page of hits.

Of course, the frequency with which we feel compelled to publicly pronounce Trump “not funny” may be a clue to the contrary. Donald Trump is funny. Yes, his hair is funny. His ever-frowning tanned leather face is funny. It’s funny that he writes in gold sharpie. It’s funny (and perfect) that his family’s name was originally Drumpf. His thirsty Marco Rubio impression is hysterical. And most recently, during Thursday’s GOP debate, it was hard for me to contain my laughter when he defended the size of the Trump package.
As long as Trump is in the race, or really just in the national consciousness, it’s unlikely that he will entirely cease to be funny. And yet, the point that the aforementioned writers, pundits and comedians have made is well taken. What Trump represents (misogyny, bigotry, hate, American exceptionalism), and what he evokes in his supporters (misogyny, bigotry, hate, American exceptionalism, plus occasional violence), is unequivocally not funny.
The problem though with the “Trump is not funny anymore” argument is “anymore.”  The qualifier is unnecessary. Trump is still funny; what he stands for never was funny. Maybe the distinction feels trivial, but it’s important. The idea that you can’t laugh at something that you find disgusting, frightening or offensive is, well, laughable – not to mention intellectually facile. Eddie Murphy’s acclaimed 1980s standup special “Raw,” for instance, is funny; his use of the word “faggot” is offensive and grotesque. The two things are not mutually exclusive.
But besides the argument being misguided, it lends some legitimacy to radically conservative candidates like Marco Rubio and, especially, Ted Cruz. Among those who have vociferously advocated against Donald Trump this week have been comedian Louis C.K. in an email newsletter, HBO’s John Oliver on last Sunday’s Last Week Tonight, and Republican Mitt Romney in a speech. Their words and reasons were different, but the point was the same: anyone but Trump. Trump is, in Louis C.K.’s words, “an insane bigot,” who is reminiscent of Hitler. “No matter what you think of Marco Rubio and Ted Cruz, at least you basically know where they stand,” said John Oliver. And Romney’s conclusion was, “Frankly, the only serious policy proposals that deal with a broad range of national challenges we confront today come from Ted Cruz, Marco Rubio and John Kasich. One of these men should be our nominee.”
They’re all right. Trump is a bigot; he’s unpredictable; and his policy proposals lack substance. His assurance that Mexico will build a wall is pretty good evidence for all three. But not knowing what you might get with Trump may be better than what is guaranteed with, say, the current runner-up, Ted Cruz. 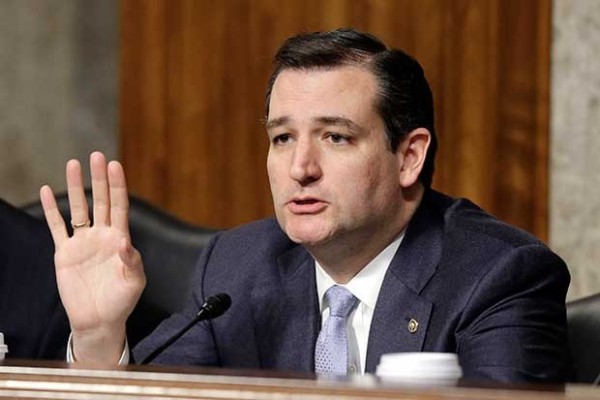 Cruz is far more conservative than Trump on nearly every issue; he’s just a bit more pragmatic and less blustery. This is someone who fervently denies climate change and has introduced legislation that, according to Think Progress, would “expand oil and gas drilling, approve the Keystone XL pipeline, prevent the federal government from regulating fracking, and curtail EPA regulations.” He wants to overturn, or at least ignore, the Supreme Court’s ruling on same sex marriage. He doesn’t consider waterboarding torture. Not only is he one of the softest American politicians on guns, he propagates the conspiracy that the government might take your guns. For goodness sake, he has tried to shut down the government multiple times – for example, to protest Planned Parenthood funding – and has nearly succeeded. The list goes on. One of the few things that most politicians on both sides of the aisle can agree on is that Ted Cruz is a scumbag. His former college roommate has said that Cruz’s “personality is so awful that 99 percent of why I hate him is just his personality. If he agreed with me on every issue, I would hate him only one percent less.” Unlike Trump, Ted Cruz is a humorless man.

And that’s the real problem with Donald Trump’s place in this GOP race (other than the now pretty strong possibility that he could actually win): Because Donald Trump continues to act like a baboon, Ted Cruz’s humorlessness is confused for legitimacy. (The same goes for Rubio, who is only shades more moderate and more endearing than Cruz.) Denying climate change is as delusional as expecting Mexico to build a wall. And though Ted Cruz’s rhetoric is slightly softer than Trump’s, his policies, too, would be catastrophic for minorities and women — as well as, really, all humans rooting for the Earth’s longevity.
So, can we agree that funny is the wrong lens to view Trump? Donald Trump won’t stop being funny. The natural reaction when you tell someone that the joke is up, is for them to escalate the joke – and for the audience, it’s to laugh harder. Instead, Donald Trump needs to be reconsidered in the inverse: He has become serious. He’s a serious threat. What he represents, and reflects about America, is quite serious. And his policies should be seriously scrutinized. Under that lens, it’s hard to imagine Trump’s success continuing. Because while he’s always going to be funnier than his political counterparts, his policies will never be as serious.  And then when — please! — this crisis is averted, the only thing left to do will be to laugh.