by Jennifer Mancuso
Update (3/4/16) – The exhibition of “Life after Life in Prison” will take place on Sunday, March 6th. 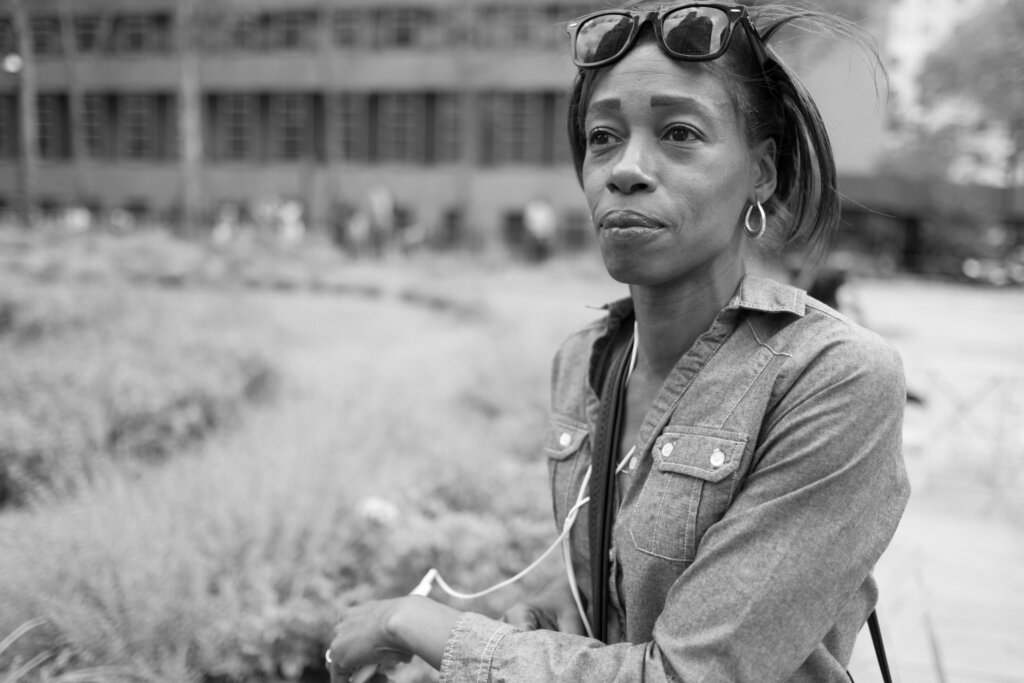 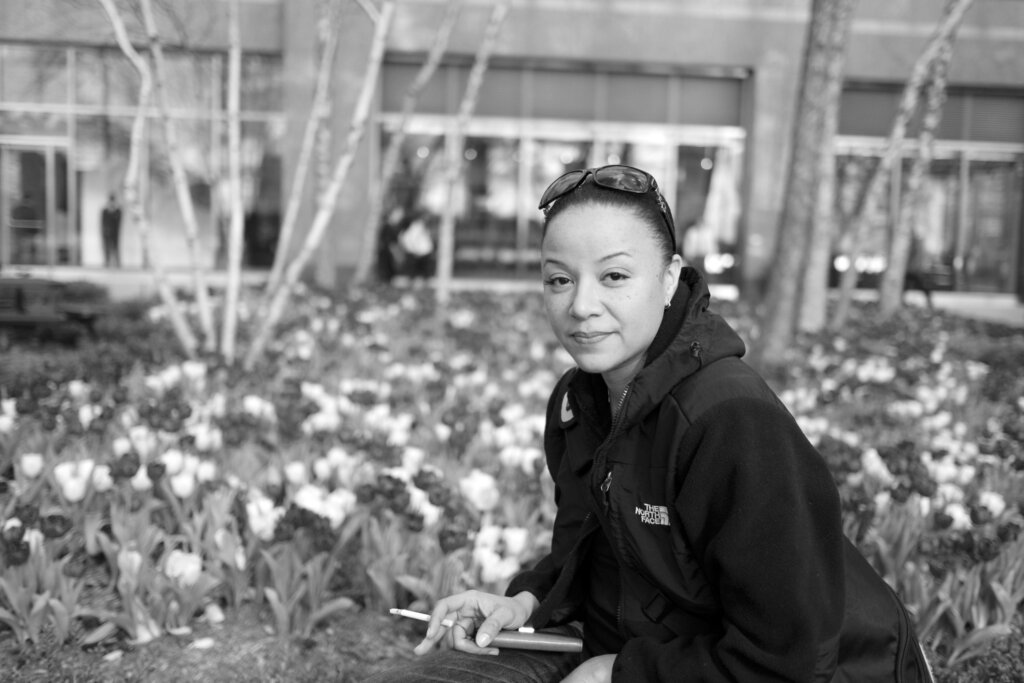 
Sara Bennett’s “Life after Life in Prison,” a photography exhibit that chronicles the respective experiences of four women reentering society after serving life sentences in New York State’s Maximum Security Prison for Women, will be on display at the Nyack Center from 2-4p on Sunday, March 6. The four subjects of the show will lead an important community discussion about justice, the prison system, and the process of reentering society.
For the past year, I have been working with Sara Bennett on issues of clemency and redemption in our criminal justice system. Our collaboration began with a clemency case in March. Then, this Fall I  saw her new exhibit at Suny Purchase and was blown away. The panel discussion that followed was powerful and enlightening. 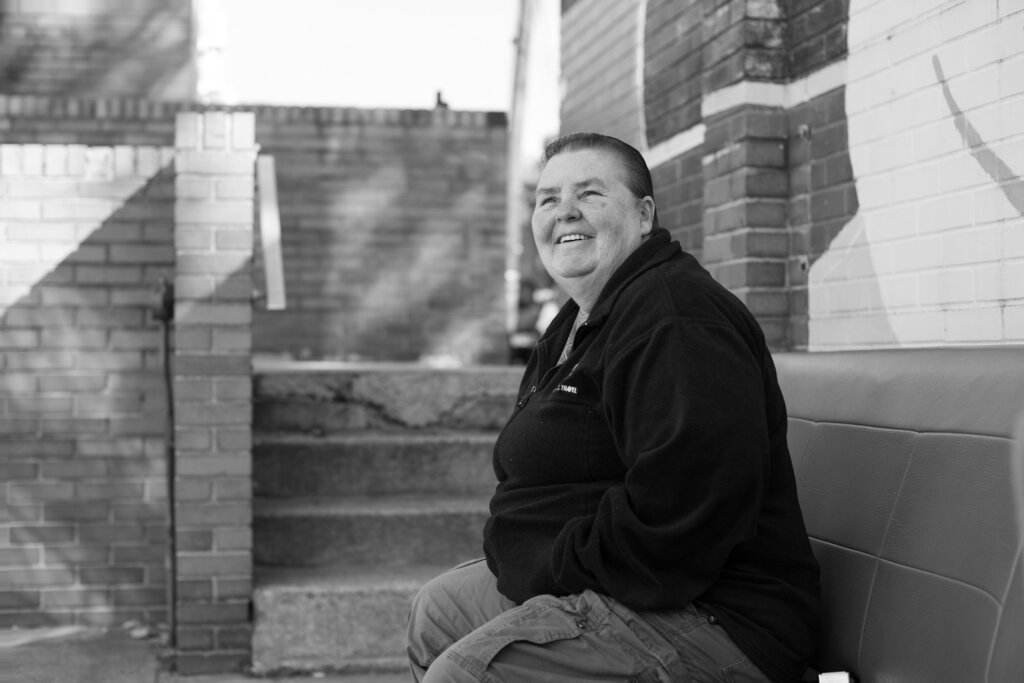 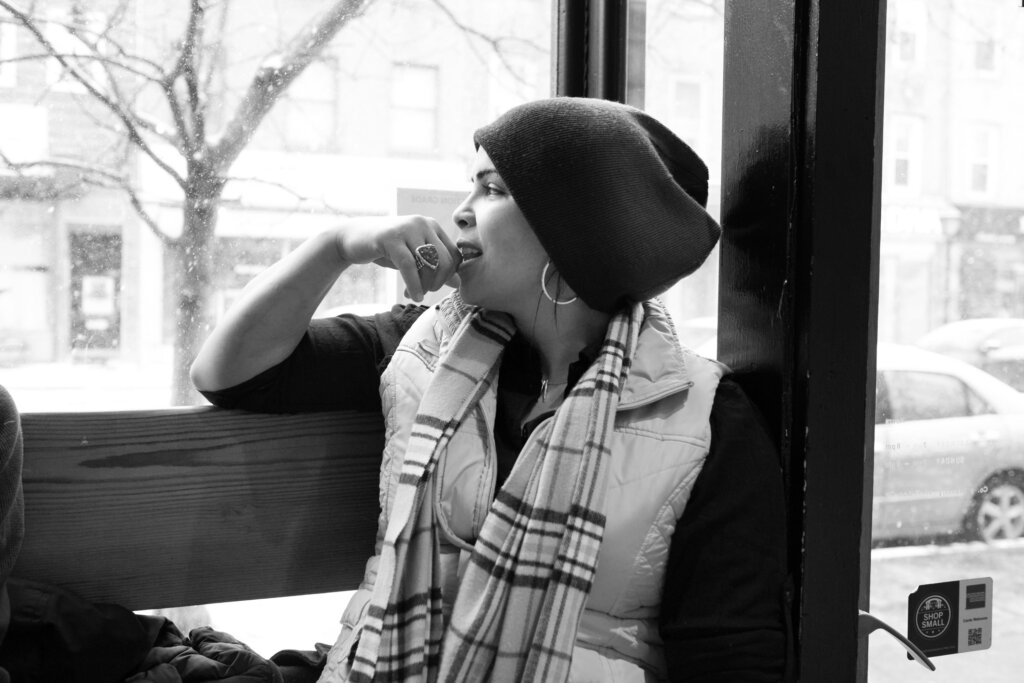 
The four female subjects of the exhibit are Keila, Evelyn, Carol, and Tracy. They will speak candidly and emotionally about their experiences serving life sentences (17-35 years each), and about the challenges they have faced assimilating back into society. These women are so much more than the crimes they committed in their youth. They are mothers, grandmothers, sisters, wives, workers, artists and, most of all, humans. They are good people whose lives have been defined by a bad mistake they made decades ago. Their lives are extraordinary examples of a continued struggle for second chances and redemption.
The current conversation on mass incarceration tends to be sympathetic to non-violent drug offenders. But many of the people who have served decades in prison for crimes they committed in their youth are also deserving of pathos – not to mention, in many cases, a second chance. There are 60 and 70-year-olds who have been in prison for 30 to 40 years. The probability of this population committing another violent crime upon being released back into society is next to nil. And it actually costs taxpayers twice as much to keep the elderly in prison. Others are victims — though not faultless — of an unfortunate situation. For instance, Keila served 20 years for killing the man who violently raped her. Her circumstance may not be typical, but the complexity of her circumstance is far from extraordinary.
As a mother, it’s important to me that I raise my son in a compassionate world. We all make mistakes in our lives. We all make poor decisions that we come to regret. When we talk about mass incarceration, we should talk about redemption. How much safer are we really keeping our society by leaving people to age and die in prison? We’re losing more than our tax money when we keep these people behind bars for so long. Keila, Evelyn, Carol, and Tracy are living proof.
“Life after Life in Prison” is this Sunday at the Nyack Center from 2-4p. The exhibit is free; however, a $10 donation to support the Incarcerated Parents Program would be appreciated. 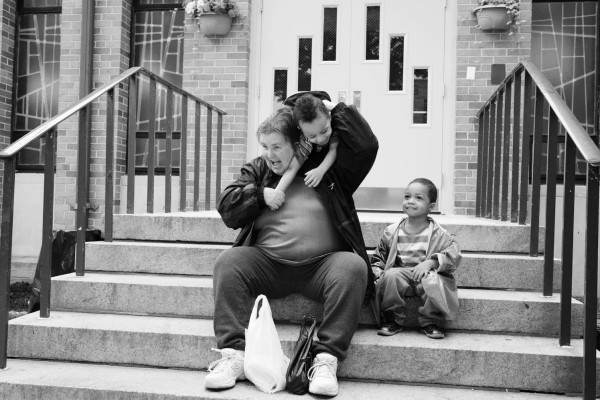 Carol, one year after her release, with Cecil and Darjay, both almost three years old. Long Island City, NY.
“I’ve always loved kids. They’re so innocent and full of joy. In prison, I wasn’t allowed to work on the nursery because I had a violent crime. Now it’s my chance. For 35 years I’ve been away from my own children. You can’t blame them for being angry and disappointed and hurt. I hope one day they’ll forgive me.” 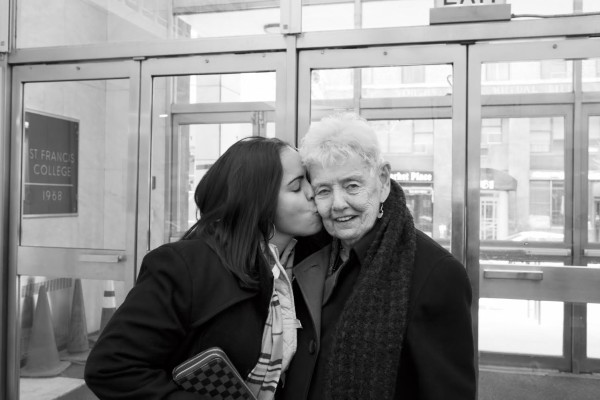 Evelyn with Sister Elaine Roulet, a nun who worked in Bedford Hills Correctional Facility. Brooklyn, NY.
““I met Sister Elaine in Bedford. I was in facility maintenance and if she needed something done, I was there. I was always happy to do it. She was always encouraging me. She’d say, ‘you’re so beautiful, such a happy angel.’ She always had a joke. She was like a mother figure to a lot of us in prison.” 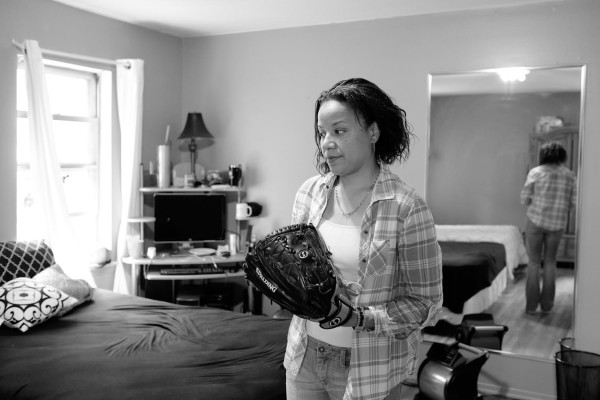 Keila living in her cousin’s home after her release from prison. Long Island, New York.
“My dad bought me this softball glove when I joined the prison team. He died while I was in there. Two officers transported me to the funeral home. They wanted me to go in without my family. I couldn’t. I didn’t care about their rules and regulations. It was my father. He was
my everything. I was in cuffs for twenty hours. He was the man I loved the most in the whole world. It just went all wrong. They made it worse.” 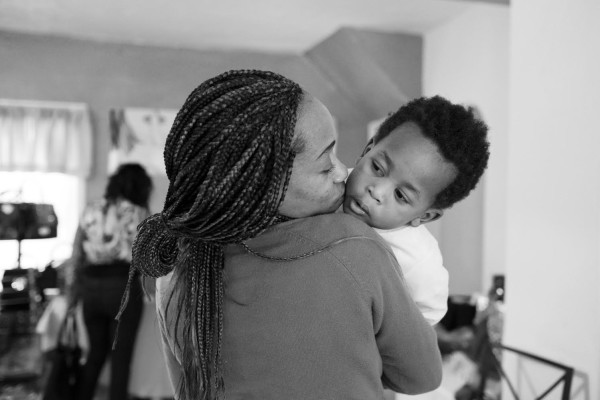 Tracy one year after her release with her grandson, Jo-shia. Bergenfield, NJ.

In this article:Life after Life in Prison, nyack center, Sara Bennett