Here’s NyackNewsAndViews top stories of 2015, based on pageviews and the number of articles and social media comments. 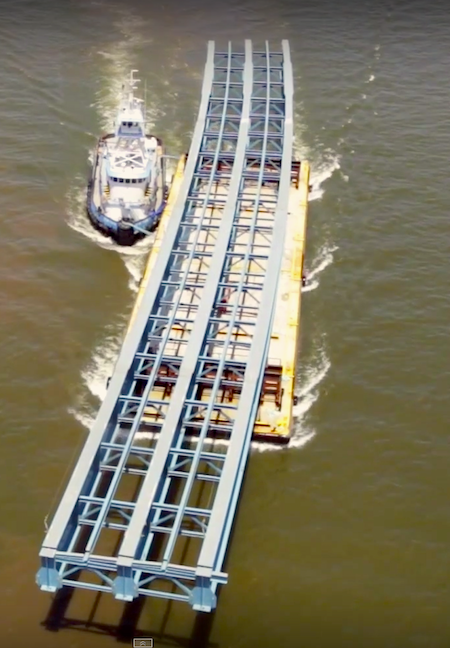 As the “old” Tappan Zee Bridge observed its 60th birthday on December 15, the New NY Bridge — still the biggest public infrastructure project in the country — passed the 50% completion mark. The summer began with big blue pieces of the bridge floating down the river, a sight you can actually track online at the new TZB bridge site. In June Governor Cuomo came to the Nyack Center to encourage state legislators to extend his two percent tax cap, but he couldn’t resist the opportunity to talk about his favorite bridge. On April 1st, we announced a historic agreement to put the Salisbury Co-op apartments on the back of a flat bed truck and relocate the residents to the middle of the NYS Exit 10 Interchange. And the year started with South Nyack residents talking about where to put the parking for the future Shared Use Path and ended with residents talking about where to put the SUP parking. 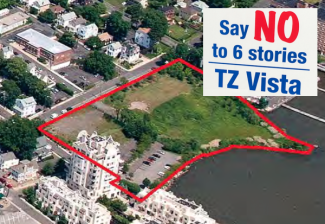 , the proposed luxury condominium on Gedney Street at the Hudson River, was the talk of the town for the summer and the fall. Although four stories were permitted “by right,” the builder proposed a text amendment to allow construction of the same number of units at six stories. After a raucous and occasionally fact based public debate, the Village of Nyack Trustees voted to write their own text amendment, effectively pushing the decision out until next Spring. 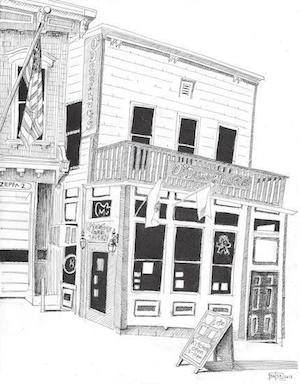 Three of Nyack’s favorite eateries (and drink-eries?) were in the news, too. Johnny Cakes had its five minutes of fame on the Food Network. The River Club closed it’s doors after 30+ years on Nyack’s Hudson River waterfront, seeking a partner to reopen sometime in the near future. And to prove you can’t keep a good man — or a good bar — down, O’D’s (aka O’Donoghue’s Tavern) closed in April but announced a new owner, new construction and a new focus in October. New owner Geoff Torrens expects to be serving customers by next March.

In November, Village Treasurer John Malesardi, 68, left us. And Stella Blasenheim, a former Nyack school teacher, mentor to many and a mover and shaker at the Elmwood Playhouse for 50 years, passed away in June.

In an epic battle of the People’s Water  v. Corporate Osmosis, the year ended with the NYS Public Service Commission telling United Water New York to abandon a Hudson River desalination site for which a pilot project had been built in Haverstraw. In 2015, United Water also decided to change it’s name to match it’s corporate parent, Suez.