Consider supporting one or more of these Rockland County based-community initiatives:

Full disclosure: I am a board member of the Nyack Center, the Historical Society of the Nyacks and the Nyack Bench by The Road project.

Non-profits represent our better selves. These organizations serve the public good while operating with modestly paid staff and volunteers who tirelessly address the unmet material and educational needs of our community. If you are in a position to give at the end of the year, please consider giving generously to one or more the groups that I have profiled in the Nyack Sketch Log. 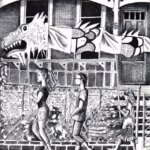 A video produced on the 12th anniversary of Amazing Grace Circus! in September 2014 chronicles how a program that sends the spirits of young people soaring, sprang from the emotional abyss that followed the attack on Lower Manhattan. Read more. 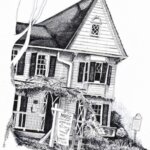 This house was saved from destruction in the early 1970s by an ad-hoc coalition that included neighbors, Rotarians, labor unions, students and artists. The family that once lived at this home at the intersection of North Broadway and Second Avenue provided the motivation. This is the childhood home of one of America’s greatest visual artists, Edward Hopper. Read more. 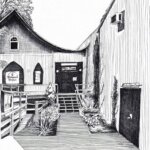 Elmwood Playhouse has staged almost 350 productions over the last 67 seasons to an audience of over 300,000. It is driven by the devotion of over 1,800 people who have stood on the stage of this intimate 99-seat theater since 1947. Read more.

Historical Society of the Nyack’s 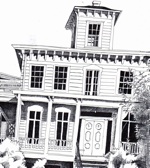 Historic preservation is not an esoteric luxury, but an invaluable tool in helping a community honor past achievement and avoid past mistakes. When we treasure our history, which is arguably eclectic and storied, we are also helping to secure our future. Read more. 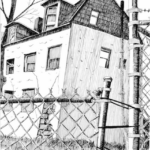 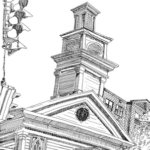 There is a life force emanating from the building that stands at Broadway and Depew Avenue: an aura from almost 200 years of uninterrupted community activity. If it were not for an enlightened congregation and a dynamic woman, this building would have been demolished in 1990. (Consider supporting the Nyack Center this year, during their 25th Anniversary celebration.)  Read more.

Rockland Center for the Arts 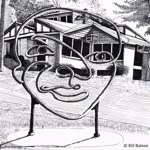 RoCA employs 45 instructors who offer 200 arts classes annually for everyone from the advanced practitioner to the hobbyist.  For 53 summers, RoCA has offered a day camp style arts program for children ages 5 – 12. Read more. 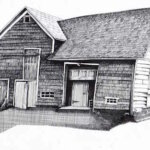 Because of the enlightenment of the property’s owner, incentives from local government and a non-profit now led by John McDowell, instead of a field of 40 private homes, we have productive public farmland. Read more. 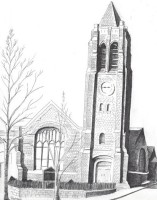 For the hungry, this tower is a beacon of hope. Inside the building an organization called the Soup Angels delivers food and comfort to the needy. I am drawn to the tower, not only because it is an impressive object to sketch, but because I was once homeless. Read more. 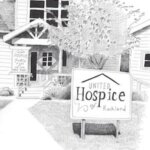 The staff that work from this serenely situated suite of offices tucked away on a quiet cul-de-sac in New City have given great comfort to thousands. United Hospice of Rockland, Inc. (UHR) provides a wide range of services to individuals facing serious illness and their families. Read more.

Bill Batson is an activist, artist and writer who lives and sketches in Nyack, NY. “Nyack Sketch Log’s Guide to Giving” © 2015 Bill Batson.