Village of Nyack Treasurer John Malesardi passed away on November 8. He had worked part time for the village since 2010 following his retirement from the banking industry. 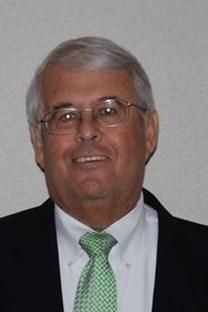 “John was devoted to getting Nyack’s finances on the right track and revolutionized and modernized the way our village looks at and deals with taxpayer money,” said Nyack Mayor Jen Laird White. “He was a kind, decent and incredibly smart man who quietly fought a battle with a vicious disease. Despite his struggle, he continued to serve Nyack resident and everyone at Village Hall.”

White said she and other village officials “adored his good nature, his ability to make us more fiscally responsible while still allowing us room to not just focus on the practical but things like fireworks and public art that make Nyack the creative place that it is. We are devastated to lose him and our love goes out to his family.”

Malesardi wasn’t just in charged of keeping the books for Nyack. He frequently advised village officials on ways to cut costs. In one example, Malesardi assisted with efforts to cut the fees Nyack was being charged for the processing of credit card transactions as the public paid for parking via the village’s electronic meters. Working with Village Administrator Jim Politi, Malesardi was able to refinance Nyack’s debt in 2011 and deliver a tax increase of less than one percent, following cumulative 18 percent increases in 2009-2010.

He previously worked at Hudson Valley Bank as First Senior Vice President, Investment Officer for 34 years before retiring. He was also treasurer for the Eastchester Fire Deptartent as well as the Eastchester School District. Additionally, Malesardi taught finance at Mercy College as an adjunct professor.

He was very involved in civic organizations including the Eastchester Italian American Club, where he served as their treasurer and as a past-president. Malesardi is survived by his wife Susan and two daughters Dana and Kristen.