by Walter Sevastian, Attorney for the Village of Nyack 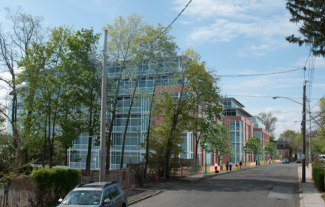 TZ Vista, a condominium development proposed for the former Superfund property on Gedney Street located between Gedney Street and the Hudson River near Main Street, has generated a lot of questions about possible modifications to the village’s waterfront zoning. I’m writing to clarify some facts about what a “zone text amendment” is, and how it relates to the TZ Vista project.

The Nyack Zoning Code (§360-5.6) permits by right any property owner to petition the Village Board for an amendment to the text of the Zoning Code that applies to an entire zoning district – this procedure is not illegal or some kind of end run around “the process” of getting approval for a project. Petitions for text amendments are not uncommon in Nyack or in any other community, and provide a municipality with an opportunity to examine the appropriateness of the request in the context of imposing conditions and/or seeking benefits for the entire affected zoning district, as well as for the municipality as a whole. A municipality may not be compelled to amend its code, and conversely; a municipality simply cannot label a petition for a text amendment as improper and deny the request simply because the process itself may be objectionable to neighboring residents. The text amendment provisions in Nyack Zoning Code §360-5.6 lays out a clearly delineated and specific step-by-step procedure to be followed in the case of a petition for a text amendment. Any applicant is entitled by law to have the legal process respected and followed, regardless of the degree of public outcry generated by a request.

Nyack’s Zoning Code (§360-5.6) permits by right any property owner to seek a variance from the use and dimensional regulations of a particular Zoning District. The variance process differs from the text amendment process in many significant ways.

Both the text amendment and variance processes are legally permitted under the Nyack Zoning Code. There is nothing wrong, sneaky or underhanded about either process. Helmer Cronin Construction, well as any other applicant, is entitled by law to avail themselves of either method, or both should one method be denied. — Village Atty Walter Sevastian

There have been some misleading remarks about this process made in social media which we would like to correct. The Village Board has not completed a deal with the developer regarding TZ Vista. There has been patently false information circulating that decisions on the text amendment application have already been made. This information is not only untrue; it diminishes the credibility of the village residents who might otherwise have important and reasoned opposition to the request. Such accusations literally accuse the Village Board members of engaging criminal conduct.

The Village Board will, as it must under the law, give fair consideration to the text amendment request under the procedure set forth in Zoning Code §360-5.6. The process includes a Public Hearing, as well as referring the proposal to the Planning Board and Rockland County Planning Department.

Coincidental to the petition by Helmer Cronin, The Village of Nyack is updating Nyack’s Comprehensive Master Plan thanks to a NYSERDA grant which has enabled us to retain a renowned planning firm for this work. We are seeking additional comments on the text amendment from the consultants who are review our Comprehensive Master Plan. Clearly, referrals of the request to objective and disinterested third parties for review and comment can only help the Village Board reach a reasoned decision on the matter.

In the case of TZ Vista, a text amendment petition has been submitted, and the Village Board will process the request as it is legally required to do. This process would be followed for any property owner; one can well imagine the chaos which would ensue if the Village Board or the Zoning Board were able to reject applications out of hand without following the legal process. A decision denying a land use application made without regard for the lawful process, particularly when based upon vociferous opposition from neighboring property owners, puts the Village of Nyack in legal jeopardy.

The Village Board invites and strongly encourages the public to participate in its legislative determinations which are necessarily made with a view to benefiting our village.

Walter Sevastian is the Village Attorney for Nyack, NY. This article was originally published on Nyack-NY.gov.