An independent consultant says Rockland could add seven million gallons per day of supply by reducing demand and repairing leaky water mains. UWNY hired their own consultant to say that the first consultant’s findings were all wet.

There’s nothing that says summer more than a good old fashion water fight. Except that this fight doesn’t involve kids and garden hoses but elected officials, a water conservation consultant and United Water of New York, the largest private water supplier in Rockland County. 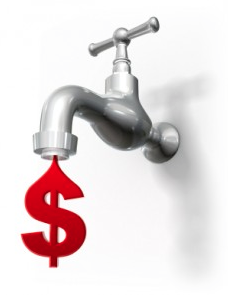 “It is obvious that the independent study analyzing United Water’s data has touched a nerve and caused consternation at United Water,” Cornell says. “Its reaction was to attack the expertise of the analyst and walk away from the Task Force. The job isn’t done, and they can’t walk away,” she says.

Following the release of task force report in June, United Water hired Ove Arup & Partners to peer review Vickers’ analysis. “It appears that the information provided by UWNY was not fully utilized, particularly the three full years of historic data on the UWNY system (i.e. repair and replacement program) and the data provided from the UWNR system Non-Revenue Water (NRW) study,” writes ARUP in their report. United Water contends that Vickers’ work relies too heavily on total US average usage as a baseline for what Rockland is capable of conserving. “The results are biased toward the use of national average default values, as opposed to a more balanced approach that includes both national average AWWA default values, as well as analogous UWNY and [United Water Westchester] data.”

United Water NY revenues are based on customer water usage as well as infrastructure investments, such as repairing or replacing water mains.

Vickers’ says up to seven million gallons per day of supply could be available through a reduction in customer demand and the repairs of leaky water mains and pipes. That translates to a 15 percent to 25 percent reduction in current demand levels.

Cornell says Water Losses and Customer Water Use in the United Water New York System offers “a data-driven independent review” that will serve as the basis of a second study that will provide specifics on how to capture “lost” water and conservation strategies in the county. Cornell is a Rockland County legislator and formerly was chairperson of the legislature.

United Water began their water conservation counter attack in a June 28 press release prior to the ARUP peer review. “Remarkably, Ms. Vickers announced her irresponsible conclusions, while acknowledging that her report is not complete, she does not understand United Water’s data, and that there may be reasonable explanations. Presenting conclusions and recommendations of an unfinished and un-vetted report contradicts the typical quality control process for technical studies of this nature. This close-minded approach undermines the credibility of the report that will follow.”

“There’s nothing in either the PSC Notice of Aug. 6, 2015 or the Order of Nov. 17, 2014 that tells them ‘you’re free,’” says Cornell. “The PSC recognized that United Water has a credibility problem and ordered them to be a partner and stakeholder with the Task Force. The people of Rockland want transparency; they want assurances that studies are truly independent and actions are based on objective analysis. That won’t happen if United Water goes it alone, and says, ‘Trust me.’”