When Nyack resident Margaret Swift boarded an ocean liner bound for New York in 1912, she had no idea that she would be on an ill-fated voyage that would forever changed the meaning of the adjective titanic. 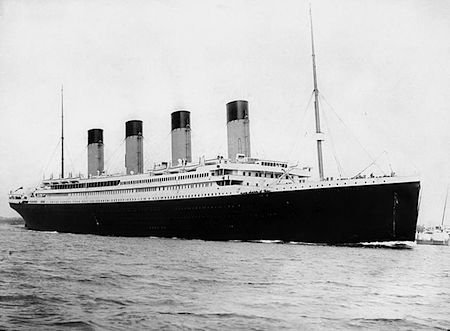 According to  Encyclopedia-Titanica, Swift was born in Bath, New York in 1865. She studied law at New York University, earning a Bachelor and Master of Laws degrees. Although she never worked as a lawyer, she lectured about the subject to women’s clubs.

In 1899 Swift married Fred Joel Swift and moved to Brooklyn as the new century dawned a year later. They subsequently moved to Nyack. Mr. Swift passed away in 1907.

The widow Swift toured Europe in 1912, planning to return to New York on the maiden voyage of a new British ocean liner in April 1912. Swift was one of the 2,224 passengers and crew that boarded the Titanic at Southampton. She traveled as a first class passenger with her friends, Mr. and Mrs. Frederick Kenyon, and she shared cabin D-7 with  Dr. Alice Leader. After colliding with an iceberg in the north Atlantic on April 15, 1912, Swift was among the 707 survivors; 1,517 died when the ship, thought to be unsinkable, sunk.

Swift, Kenyon and Leader were rescued in lifeboat 8, while Mr. Kenyon went down with the Titanic. Swift and the two women arrived in New York aboard the Carpathia, and she then stayed with her sister Ella Ford at 3 East 61st Street.

“… as Dr Alice Lieder [sic], my travelling companion, and myself were preparing to retire there came an indescribable wrenching, followed by a fearful recoil. Going out into the corridor I found that, although many passengers had arisen from their berths, comparative quiet prevailed. Several men went to one of the starboard portholes and gathered handfuls of shaven ice and showed them to us without the slightest feeling of alarm. 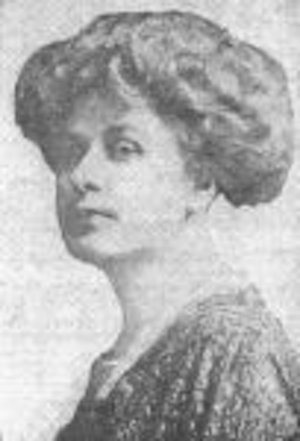 Due to the assurances that we had all received that the Titanic was unsinkable, we felt safe, and after a few moments of inquiry most of those who had gotten up, retired again, with absolutely no thought of the huge vessel sinking. Twenty minutes later, when Dr. Lieder and I were safely tucked away in bed, a steward knocked at our door and informed us that it was the Captain’s orders that we prepare for a possible shipwreck by adjusting life preservers and going to the upper deck so as to be within reach of the lifeboats. This was the first intimation that any one aboard that doomed ship had received that there was a possibility of her going to the bottom, and even then nearly all of us took up the matter lightly enough, many of the women insisting that they would remain on board rather than venture out in the flimsy lifeboats. My companion and myself held back until the first lifeboat had been let down into the water. At that time absolute quiet prevailed. Indeed, at no time did I observe any traces of panic among the passengers. The men kindly helped the women into the lifeboats, many of them laughing and chatting, and few of them dreaming that there was any immediate danger. When the second boat was being filled Captain Smith insisted that we get into it, and as the sailors pulled away from the ship I heard him say, “Row for that light,” and I saw him point to a dim glimmer that must have been three miles distant…”

After the sinking of the Titanic, Swift became involved in her community through various gardening clubs and was an advocate for women’s suffrage.  She served twice as president of the Garden Club of Nyack and  helped to organize the Federated Garden Clubs of New York.  She was president of the National Council of State Garden Clubs from 1933 to 1935 and was awarded the medal of the Federated Garden Clubs of New York State in 1940. Swift was also a loyal Republican and a member of both the Women’s Republican Club of Nyack and the Women’s National Republican Club.  She was active in various charities and involved in several other clubs such as the Thursday Class of Nyack and Sorosis, a women’s club in New York, and the Colonial Daughters of the 17th Century.

Swift spent her last days living in Nyack, New York close to her sisters Ella Ford and Bertha Berthald.  She died at age 82 in her home, 219 North Broadway, on April 29, 1948 and was buried in North Tarrytown, New York.

Read the full article at Encyclopedia-titanica.org