Potholes, gazebos and the governor (Oh My!) And the village says good bye to a good man and long time employee who left us way too soon. Fishing pier status, paving, the 2% tax cap and progress on Memorial Park, too.


The fishing pier is finally under construction after months of setbacks, delays in material delivery and other minor issues. We are still hoping for completion sometime in the next month. 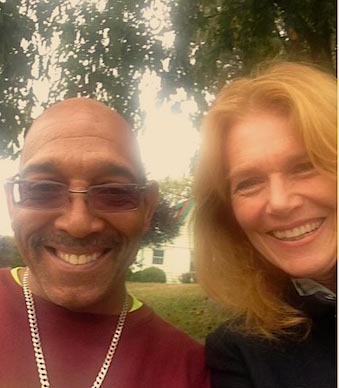 The gazebo has been taken down and construction is set to begin on the rebuild sometime in the next few weeks. The new gazebo will be very similar in style to the old gazebo but more suited for the variety of tasks it is used for. There will be improved sound and lighting, an ability to add proscenium stages and backdrops for performances and it will be located closer to the water allowing for a larger seating area and the expansion of green space and playing fields. For this summer, the Mostly Music concerts and other events that the gazebo hosts will happen in the park using the Orangetown portable stage. The use of the new and improved gazebo will resume next spring. All of this is part of the park long term master plan with the goal of increasing green space for picnics, recreation and just plain hanging out. Funded by Scenic Hudson, the design was created as a community project by the renowned park planners Quennell Rothschild and approved in 2008 after more than a dozen public meetings. Like any large project, it is being implemented in stages as money becomes available through grant funding or borrowing. With any luck, in five years we will complete the master plan and have one of the most beautiful parks on the Hudson.

The skate plaza Request for Proposals (essentially the way a builder is chosen) was sent out and the response was not what we wanted so the document was re-issued this week with changes that will make it more appealing to contractors. Those responses should be in by mid-July and with any luck, construction can begin by August.

Victor Overton, our beloved DPW Supervisor who died earlier this month at the young age of 49. Everyone in Village Hall adored Vic…as, I am sure, did you.

This has been a terrible blow to the community. No one worked harder for Nyack than Vic did and we will miss him tremendously. Please take a moment to click and learn more Victor…some wonderful things about him that you might not have known.

The incredible “Ride to Give” folks have started a page which will allow anyone who wants to to donate to Vics family to easily do so. Vic had five great kids, including six and seven year old daughters, and a wonderful wife and they will miss him more than we can possible imagine. As will we. We have begun the discussion about how to fill Victor’s position and we will let you know once decisions have been made. And while we will find someone to fill the job, no one will ever fill his shoes.

I want to thank the guys at the DPW who have worked so hard to make life easier for Vic and all of us in these last few months. It was terrible for them to have their leader be so sick and they rose to the occasion and expanded their normal workload, without complaint, to make up for his absence. I also want to give my deepest thanks to Jim Politi, our Village Administrator, who stepped in and used his previous DPW experience to help run the Department, an overwhelming increase in duties on top of his already full job. He did so efficiently, expertly and without a moments thought despite the epic addition to his already full job roster and his sadness that his friend Victor was so ill. — Nyack Mayor Jen Laird White

Pothole work continues. I have explained to many that the pothole process is a complicated one and includes sending a team from DPW to the asphalt plants to wait for loads of fill material. The winter was so terrible that the lines for asphalt are sometimes two hours long. We have found it helpful to have residents let us know when they see particularly egregious potholes: there’s a link on Nyack-NY.gov to let you report a bad spot so that DPW can put it on the list.

We have received our paving allotment from the state. We have roughly $92,000 to pave as much area as we can. We are also negotiating with O&R on how best to cover the paving in areas that their gas line replacement has had a particularly rough impact on our roads. We will, most likely, be unable to commence paving until the fall so that O&R can complete it’s work. I know the roads are an absolute mess and I appreciate your patience. We don’t want to pave too soon and have O&R cut in to our fresh pavement and we will definitely get it done well before another presumably tough winter.

We had a great visit from the governor. It was such an honor to have him here in Nyack…and he did mention how much he loves it here. He stopped by the Nyack Center to talk about extending his 2% tax cap, something that we in Village Hall believe in wholeheartedly. We have consistently stayed below a 2% tax increase for the last four years. In contrast, the previous tax increases prior in prior administrations were often around 9%. We agree with the governor that property taxes are too high and we are committed to keeping them low. That said, in Nyack, $30,000 is roughly a one percent tax increase. SO our discretionary spending each budget year is only about $60,000. That is a tiny amount of money for a village this busy and a village that serves as a downtown for many more residents than actually contribute to the tax base.

$60,000 covers very little in the way of new expenditures. For instance, a half mile of paving (Main Street from the South Nyack border to Broadway) costs $150,000. What this means is that we must be more creative in our approach to wants not needs and that we must be patient when we plan infrastructure repair. I think the Village Board would love nothing more than to repave the entire Village and re-do any and all sidewalks…but if that were to be at taxpayer expense, we would be looking at a tax increase that could hover around fifty percent…and, for tremendously obvious reasons… that just can’t happen. So we need to chose our paving based on the streets in most dire need. We know how awful the streets are and we are doing everything we can to patch and pave within the resources we have.

There has been a lot of talk about the proposed development on Gedney Street. The project has not officially entered the land use process so any talk about the project, certainly on the part of the Village Board or other members of the land use boards, would be inappropriate at this time. Like all projects that are proposed by private developers in the village, there is a proper process and that will be adhered to should the developer decide to proceed. The developer has requested a text change to the zoning code that you can read online. A request like this is not unusual and there is a proper process for analyzing a request of that source. The final determination on the text change would be made by the Village Board with input from the Village Planning Board and Rockland County.

The developer presented their plan to the Planning Board last month and we are awaiting comments from both the Planning Board and the county. Please note, this is a preliminary proposal and there will be many public meetings once a formal application is made to the village.

Lastly, we are excited to begin to implement two large grants we received this year. The first grant will allow us to improve all of Broadway from the South Nyack border to the Upper Nyack border, including period lighting, sidewalk improvements, improved bike accessibility, rain gardens, better bus shelters and many more innovative improvements. The second grant will take a look at our Master Plan, which is an excellent document, an upgrade it to reflect sustainability, the need in the village for transit options beyond the bus and how to make our waterfront more attractive, more functional and a place we can all be proud of and congregate at.

The Village Board has one meeting in July and one in August. Those meetings will be held on July 16 and August 20th. There will be no Downtown Meeting in August and July’s meeting will be moved to July 20.

Jen Laird White is the Mayor of Nyack, NY.