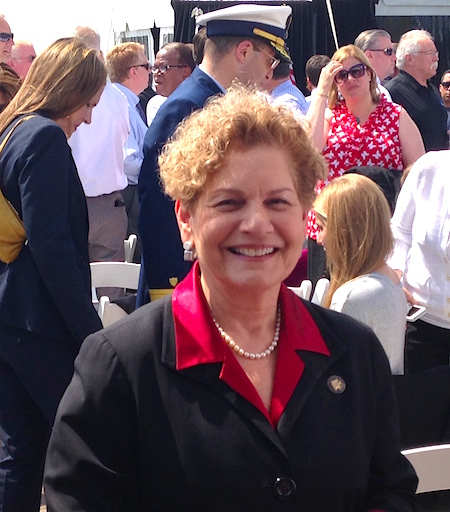 I was a teacher for more than 20 years, first in Brooklyn and later in East Ramapo. During that time I became concerned about the increase in standardized testing and the time spent preparing for these tests; the pressure on students was clear.

In the NYS Assembly, I have been a vocal advocate, speaking out for parents, educators and professionals, who are concerned about the direction of public education in New York State.

Education and childcare continue to be my top priorities. Working with my assembly colleagues, I was successful in my advocacy to elect Judith Johnson, a former teacher and school superintendent, as our area’s representative to the Board of Regents. In February, I introduced legislation that would appoint a state monitor in the East Ramapo School District. My commitment to public schools has never been stronger.

Since January when the governor first proposed his Executive Budget, I have been deeply offended by the manner in which he presented his education reforms, linking them directly to funding, the release of school aid runs, teacher evaluations and tenure, and delivering an on-time state budget, all the while holding our public schools and our students hostage by tying school funding to the legislature’s passage of his entire education package.

In addition, the governor included the Education Investment Tax Credit (EITC) in his proposed budget, which I aggressively opposed and was successful in having it removed from the final budget.

I have stood up with other public education advocates, spoken out, and fought hard against the governor’s unprecedented attack on our public school system and our dedicated, hardworking teachers. For weeks my assembly colleagues and I struggled with how we could push back, change what the governor had had given us, and achieve the best of all possible solutions. We crafted an Assembly Education Budget resolution, which rejected many of the governor’s proposals.

However, the difficult budget negotiation process is a three-way discussion among  Governor Cuomo, the NYS Assembly and the New York State Senate, making it impossible for us to simply remove only those items we rejected.

Moreover, under our state constitution, the governor has significant budgetary powers that were expanded during former Governor Pataki’s administration. In effect, without the governor’s approval the sssembly cannot pass its own budget bills or even change language in the budget. The budget bills must come from the governor. Consequently, despite some aspects of the education budget that are a disappointment, I believe the final budget is better than what the governor proposed.

Teacher Evaluations: The governor proposed evaluations to be conducted by an independent commission that he would oversee. While school districts will still be responsible for conducting their own evaluations, NOW as a result of the NYS Assembly majority, the Board of Regents – a panel of education experts – is required to provide parameters for these evaluations. This will change the dynamic allowing the Regents to speak directly with local teachers and superintendents.

Education Funding: The budget secures a $1.6 billion increase in education aid over last year, for a total of $23 billion, including: