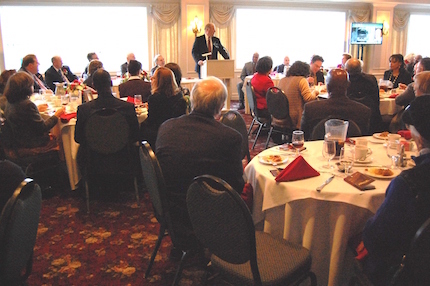 Every January, Americans find ways to commemorate the life of Martin Luther King Jr.  Each event deepens our understanding of America’s Civil Rights martyr and speaks volumes about the values of the various communities. For the tenth year, Nyack College recognizes the birthday of Dr. King by acknowledging individuals and organizations that embrace the vision of social justice that King championed. 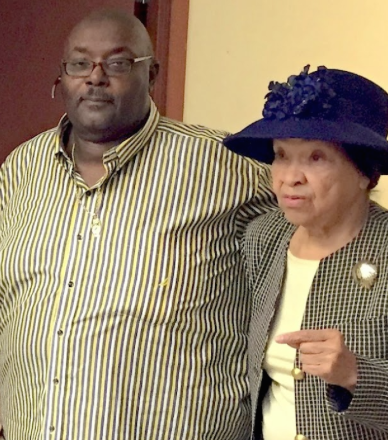 Wilbur Aldridge served as the Regional Director of the Mid-Hudson Westchester NAACP for over a decade. He also serves as the First Vice President of the Nyack Branch of the NAACP. For 32 years, Aldridge worked the the State of New York in various posts including Director of Multicultural Programs at Rockland Psychiatric Center and Mid-Hudson Psychiatric Center and Assistant to the Director at Letchworth Village Developmental Center.

“I am thrilled to receive this award. Anytime you receive recognition for work that you have done, it’s impetus to continue the work.” 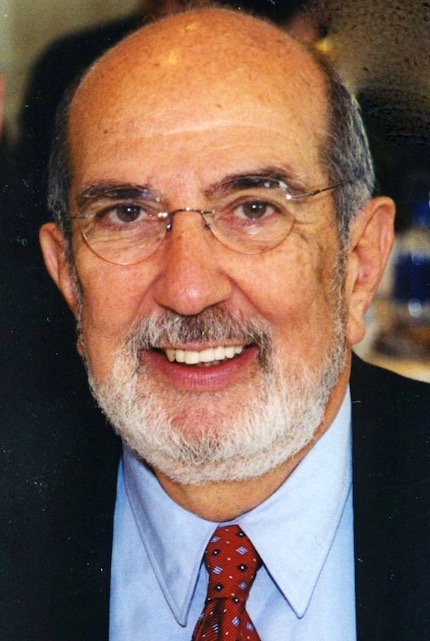 Nyack College sheds light and warmth by its values and the conduct of it students. What a blessing to Rockland County.” 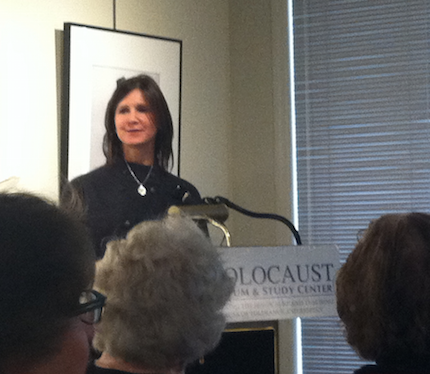 “The Holocaust Museum & Study Center along with Nyack College have a beautiful synergy as both educational institutions emphasize the great need for tolerance and mutual acceptance among people of all races, creeds and origins. The Holocaust Museum & Study Center is honored that Nyack College and Earl Miller recognizes our mission of teaching tolerance, diversity. social justice and moral courage.

Year after year the students of Nyack College examine and explore the lessons of the Holocaust and Human Rights Struggles with our valued team of educators. Together we inspire society to confront hatred, promote human dignity and prevent any seeds of hate.” 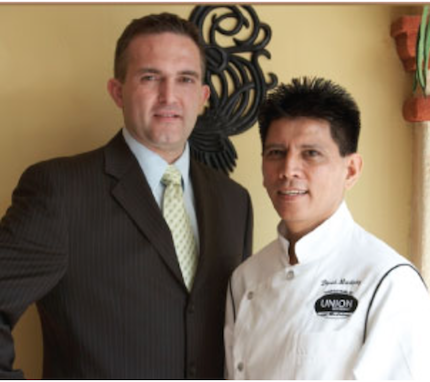 Special recognition for community service to Paulo Feteira and Jose David Martinez, co-owners of Union Restaurant in Haverstraw for the work of their We Care Foundation

Every February since 2007, Union Restaurant and Bar Latino’s Manager Paolo Feteira and Chef David Martinez have hosted a free meal for their community. During three services over three days, the restaurant serves 3,000 meals. “When we opened our restaurant, we saw that the people around us were hurting during a tough economy. We felt disconnected. We wanted a way to connect.”

The Nyack Branch of the NAACP will commemorate the legacy and dream of the Late Dr. Martin Luther King Jr.

“It is a great honor to receive this recognition at the event. I read the words of Dr. King recently where he spoke of the Beloved Community. This ideas stands to this day.”

The Nyack College Social Justice Awards will take place on Sunday, January 18 at 6p at the Nyack Seaport, 21 Burd Street.

Founded in 1882, Nyack College is a Christian liberal arts college and seminary with a residential campus in Nyack, NY along the Hudson River, a commuter campus in the heart of New York City and an extension site in Puerto Rico. Nearly 3,000 students are being educated through their undergraduate, graduate and seminary degree programs.

Nyack is accredited by the Middle States Association of Colleges and Secondary Schools and is chartered by the Board of Regents of the University of the State of New York.