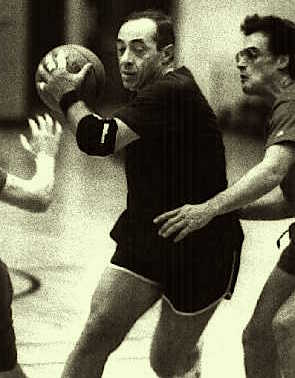 Mario Cuomo, the late great liberal lion of NY State politics who passed away last week, was my first big assignment as a TV reporter.

In 1985, I was working for a small local cable TV company, TKR Cable, as a producer/reporter. As a public service, cable television company, TKR was producing exclusive coverage of local events for broadcast on their own local access channel.

New York Governor Mario Cuomo was scheduled to address the Rockland County Republican Party’s annual luncheon at the Holiday Inn in Suffern, NY. My job was to shoot his speech and, if possible, see if I could get the governor to answer a question or two after he spoke.

Cuomo, a rising star in the Democratic Party, was at the height of his power. In addition to being a spell-binding speaker, I also admired him personally. As the son of working class Italian immigrants, an athlete, a progressive, and a scholar, I could relate to his personal narrative. I liked what he stood for and how he conducted himself. If I had a role model besides my father, it was Mario Cuomo.

The Holidome, the Suffern Holiday Inn’s banquet hall, was filled with about 400 people all eagerly awaiting Cuomo’s entrance. The governor entered the room and bounded up to the podium greeted by thunderous applause. I was immediately struck by his bearing and demeanor. He surveyed the crowd, basking in the adulation, poised with confidence without a hint of arrogance. He knew they were there to see HIM and that he would not disappoint.

Now, remember; this was the Rockland County REPUBLICAN Party luncheon and they were there to listen to the PROGESSIVE, Democratic governor of New York. Oil and water, right? Wrong! Right from the beginning, he won the crowd. That was the immense power of Mario Cuomo. He was direct. He was honest. He was witty. He was charming. He was fearless. He was EVERYTHING you wanted a leader to be – supremely capable and confident. He knew it and he made YOU know it, too! He held the crowd in the palm of his hand. He made them laugh and, most importantly, he made them think. Even though there were hundreds in attendance, it was as if he spoke to each and every one individually. It was inspiring.

After his speech was over, the governor started to make his way towards the exit. I broke down my camera as quickly as I could so that I could rush over and attempt to get him to answer a question before he left. When I finally caught up with Cuomo he was surrounded by his security detail, entourage, and a slew of reporters. He was striding towards the exit, brushing off all of the questions he was being peppered with. As a young, unknown reporter I thought that I certainly had no chance of him answering one of mine. It couldn’t hurt to try.

I blurted out my question, something about his stance on public education. The governor stopped in his tracks, turned, and walked back toward me. My heart raced. It was so deliberate. I wasn’t sure if he was pleased by my question or annoyed with it. There I was, camera and mic in hand, alone, when he stepped right in front of me. He answered my question coolly, calmly, and directly, never losing eye contact. As with his speech, he spoke to me as if there was no one else in the room. I found it extraordinary. After a complete answer, he smiled, turned on his heel, and strode out the door the same way he came in – in complete command. I have not forgotten. And I never will.

In the 30 years since that first assignment, I have photographed or interviewed hundreds of major personalities – from Hollywood to D.C. – from Angelina Jolie to Barack Obama – and none have impressed me more than Mario Cuomo. None.

Other tributes to the late NYS Governor Mario Cuomo:

With the passing of Mario Cuomo, New York has lost one of its greatest leaders – one that I was proud to call a mentor and a friend.

As a 17 year old kid, I found myself watching the Democratic National Convention in July of 1984, when Mario Cuomo delivered his Tale of Two Cities speech. For kids like me, whose folks were middle class Catholics, Mario Cuomo was like a trumpet sounding for the values of faith, hard work, family and inclusion — values we believed in and depended on.

Later, as a young lawyer at Willkie Farr & Gallagher, I had the extraordinary good luck of occupying the office next to his when he joined the firm in 1995. He spent hours with me, sitting across the desk in his corner office or over lunch. Once, after the 1996 presidential election, he asked me what I thought of it. I said, “We won.” He then asked, “What have we won?” It’s a follow-up question I’ve never forgotten, and one I ask myself frequently.

The answer he taught me: “We’ve won a grant of time, a short opportunity to do some good.” That was Mario Cuomo. His example and big-heartedness continue to inspire me as well as countless other New Yorkers. — Congressman Sean Patrick Maloney (NY-18)

I am deeply saddened by the passing of Mario Cuomo, a friend for more than 40 years and an inspiration to me throughout my years in public service. I worked closely with him during the four years he served as Secretary of State. 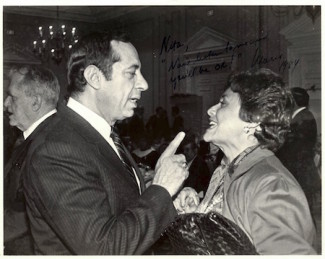